OK, here’s a quick quiz, whiz kids… what airliner is as big as a B-52 (and almost as fast), tough as an anvil, nimble as a locomotive, and still elegant as all get-out? And is NOT powered by turbojet or turbofan engines? All right, who in the back said Tupolev Tu-114? 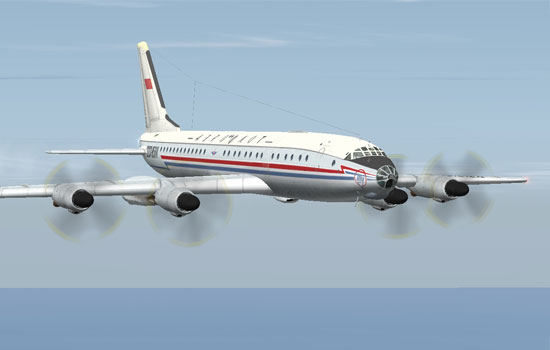 Many serious aviation buffs in the West have never even heard of the Tu-114. It was a significant milestone in Russian, and yes, world aviation history. In an age of cookie-cutter-common transport airplanes, it was and is a singularly distinctive beast. Given the advancements in turbofan engine design in the years since the Tu-114, it will likely remain the biggest, fastest, and loudest turboprop airliner ever built. The monstrous, counter-rotating prop tips were supersonic during takeoff, producing a combined 32 individual sonic booms.

One of our pilots at Mountain Air inspired me to hunt down this airplane. When he said in a post in our forum recently that the engines on the Saab 2000 were the biggest he’d ever seen, it got me thinking, nah, they’re just middling-size in the turboprop hall of fame. The NK-12MAs on the Tu-114 are by far the most powerful turboprop powerplants ever to see mass production. So powerful, in fact, that each engine drives two prop hubs mounted one behind the other, with four huge blades each that measure almost 18 and a half feet in diameter. The output of the four engines combined is almost 60,000 horsepower. You’d need seven and a fraction Saabs to equal the power of one Tu-114. 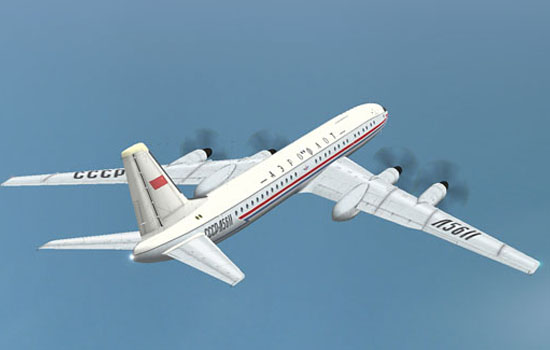 I’ve planned a world tour in FS9 to commemorate this magnificent airplane’s 50th birthday. The stops will be places that the Tu-114 is known to have visited during its storied career, as it helped project Soviet power and prestige around the world. It will be flown over realistic routes online on VATSIM, using real-world weather. The livery I’m flying is what the airplane wore that brought Khruschev and his famous shoe to Idlewild (as it was still called then, more than a year before Kennedy was elected).