Part VII: North to the Arctic, and South to the Mediterranean

Murmansk was a regular tech stop for the Tu-114 on the Havana route. Copenhagen was one of the western anchors for JAL’s codeshare flights. Budapest and Tirana, as eastern Europe client state captals, were both stops on a “show the flag” tour on the way to the Paris Air Show in June 1959. 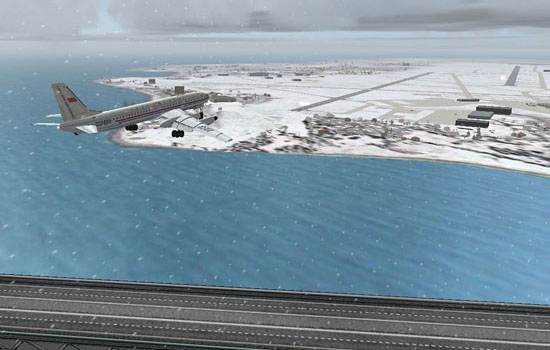 On final to Copenhagen, over the Oresund Bridge.

The long-range version of the Tu-114 went into service on the Moscow-Murmansk-Havana route in early January 1963. Murmansk was only a couple of hours from Moscow, but it was an essential tech stop. The route tracked past the west coast of Sweden, through the Iceland-UK gap and then down along the east coast of the US.

The extra in-cabin tankage gave the airplane an ultimate still-air range close to 6700 miles and an endurance of almost 16 hours. With worst-condition winds, sometimes even that wasn’t enough. Then the crew would divert into Nassau in the Bahamas, where they were treated like any other commercial customer, even at the height of the Cold War. They used Shell Oil vouchers to buy fuel since Shell had a sales contract with Aeroflot at the time.

Those same winds were very favorable for the trip home. Often the airplane could bypass the Murmansk tech stop and fly Havana-Moscow non-stop.

It was fully winter when I arrived in Copenhagen, but it sure seemed like spring when I left two days later. The magic of flight sim — or maybe just March. 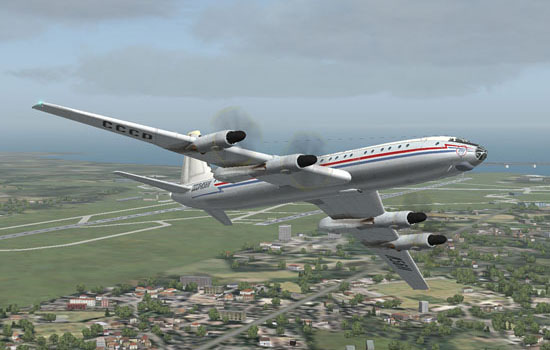 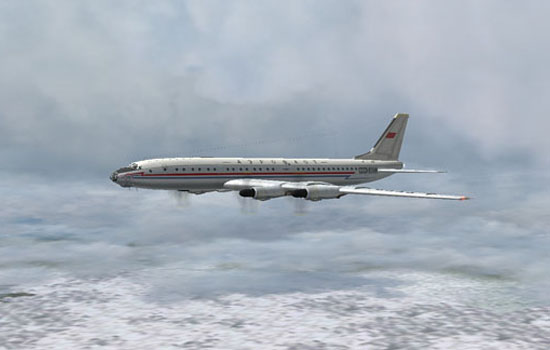 Winter was still in full effect just a few minutes later over Poland.

JAL operated four specially-modified Tu-114s under its codeshare agreement with Aeroflot. Capacity was reduced to 105, with the forward cabin given over to first class in a very spacious four abreast arrangement. The routing would be Tokyo-Moscow, and then on to one of four European destinations: Copenhagen, Paris, Rome or London. Sadly the codesharing experiment lasted only two years. The aircraft were converted to the high-density 220-seat configuration and returned to domestic routes.

Downtown Budapest on departure. While there were no pylons in the river, there were plenty of bridges. I resisted the urge to fly under any of them. 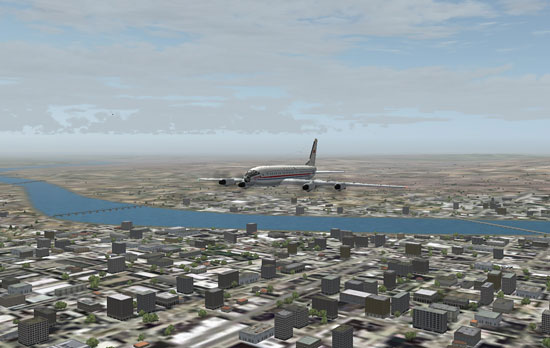