Part VIII: A Quick Pass Through Western Europe, and Back Across the Pond 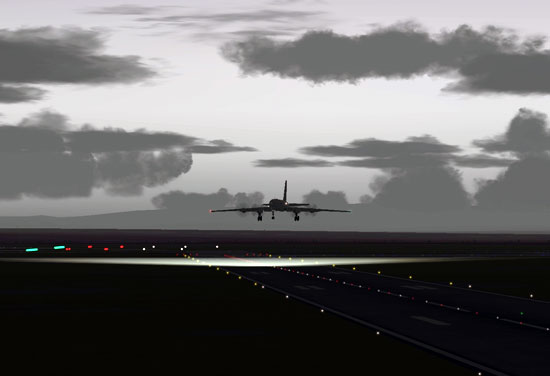 The standard of service Aeroflot introduced with the Tu-114 was about more than cutting travel times. The quality of the accomodations, and what we would call today the “in-flight experience”, were at levels previously unheard-of in the USSR of the 60s. You can’t call it luxurious — no one who wasn’t a top Party official had access to what we today would call “luxury” — but it was a quantum improvement.

The Tu-114 was effectively the first Russian wide-body airliner. That’s not obvious from looking at it, but the cabin was wide enough that some seating configurations were six or seven abreast. This was at a time when most Russian transports were somewhere between four abreast in a two and two to a very tight six across in a three and three. The 114 cabin had to seem downright palatial. The first 114s had a 120 seat capacity — and sleeping compartments.

The 114 was also the first Russian design to feature something more than cargo pits on the lower deck. They were equipped with a full kitchen. This wasn’t just a place to warm up pre-cooked food, either. Meals were prepared from scratch by a chef while enroute. Dual dumbwaiters carried the food trays to and from the main deck. Early 114s also had an actual restaurant, somewhere to go other than your assigned seat, where you could sit down at a table with a linen tablecloth and enjoy your meal.

Climbing out of Heathrow, as soon as we broke out on top the sun was in my eyes. It stayed there for the next seven hours. 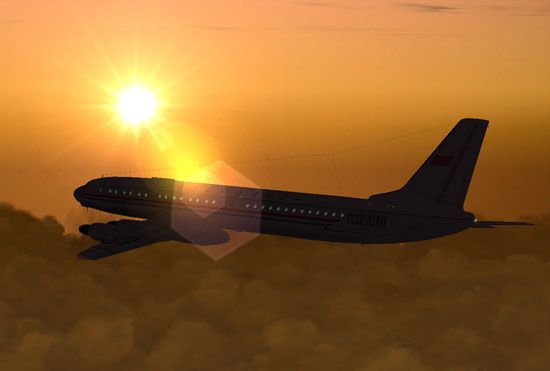 Climbing out of Heathrow.

Demand for seats was very high. Through the late 60s and early 70s, there was a 15-day wait for a ticket. Eventually Aeroflot realized they could reconfigure the airplane without the restaurant and pack in more fares. So, sadly, the 114’s fine dining area went the way of the piano bar on the old 377s and the upstairs lounge on 747s. When the restaurant and sleeping compartments were removed in 1969, capacity was raised to 220 seats.

So maybe the stories about passengers cooking a goat in a fire built on the floor of the airplane weren’t apocryphal after all.

Setting the chocks in Ottawa, 7.7 hours after leaving Heathrow. 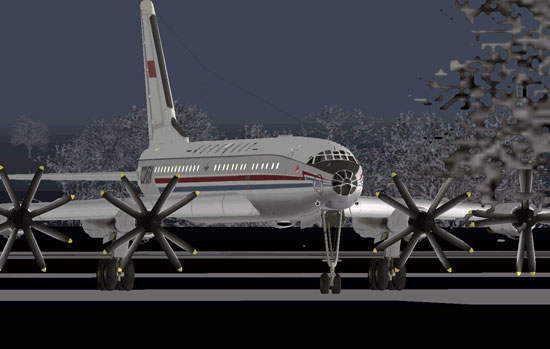 Setting the chocks in Ottawa.