531 Ghost: Something most simmers want and love is manuals. Will there be a game manual? If there will be a manual, would you tell us about what the players can expect? How easy or difficult it will be to learn about the aircraft itself, and especially how to fly it?

GT: Since the Hornet will be modeled as in the real world (specifically Model C’s from around the early 90’s), we will be distributing the real 900 page F/A-18 flight manual for people to read. Of course on top of that, we will also have a small section on how to properly operate the program itself, in terms of setting up multiplayer, options, using the mission builder, etc.

531 Ghost: Scalability. Certainly, the “hardcore” simmers want everything modeled to the nth degree. But there are others who simply want the experience of just getting into the jet and start flying. They don’t care if the startup sequence is not quite right, or even that they do it all, and they may not want to go through an approximation of what a real Naval Aviator would have to train to accomplish. They want to hop in and fly around. Will there be options for the player, such as an Easy, Normal or Hard Mode?

GT: There will be a choice towards difficulty, and there will certainly be an option to “Just Fly” as demonstrated in the currently released demo’s. Other factors such as number of aircraft, etc. will also be able to be changed, enabling the creation of something such as an “Instant Action/Furball” mission, to something as basic as a “Free Flight”.

531 Ghost: What we can expect with the cockpits. I understand they’re going to be 3D with a clickable cockpit interface, correct?

GT: Yes, it will be 6DOF with a clickable interface and will allow for the user to move in any realistic way, or direction. This not only is a nice feature, it is a key representative towards accurate modeling and usage of and within the aircraft. 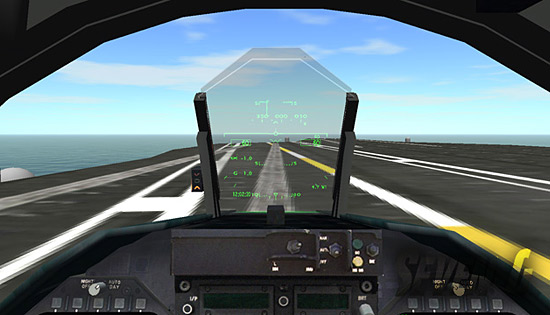 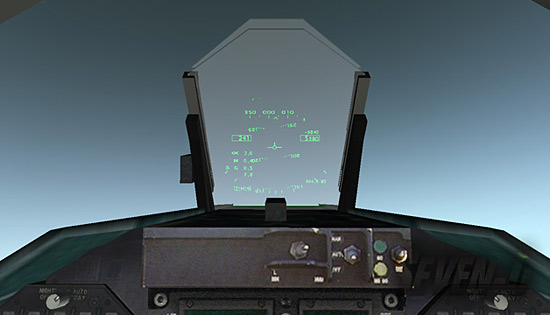 531 Ghost: Tell us more about the graphics and the graphics engine. Is it one that Seven-G created, or is it based on another engine? Following up on that, your web site refers to a “lightweight engine rendered in DirectX 9”. What exactly does that mean, especially the word “lightweight”?

GT: The term lightweight is mostly a development term, meaning the engine will display flexibility in performance across various system specifications, and will not display some of the bulky characteristics various other engines inhibit in terms of how graphics, objects, physics and other things are rendered.

531 Ghost: Continuing on with graphics, what area of the world will be modeled? Can you give us a hint of what the ocean, land, and clouds will look like? How about weapon effects and explosions?

GT: Previous versions modeled Iraq, and the upcoming version 1.02 will now model one of the Hawaiian Islands. The later releases will be staged in some of the early 90’s combat environments, the era in which the Hornet we are modeling was active. For graphics, as they are not a priority, they may not be as elegant as some may expect, though with time they may improve. 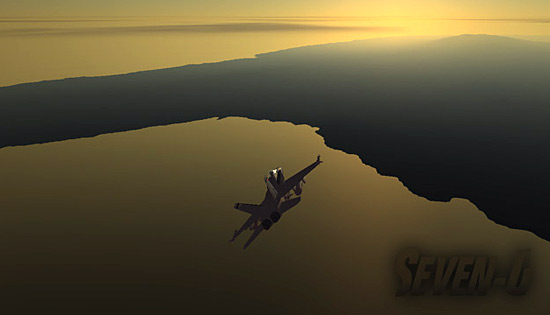