531 Ghost: What’s the copy protection system for Seven-G? As it’s been open so far, will there be any?

GT: As of now, it is freeware. As long as it stays that way, there will be no protection.

531 Ghost: Next, what type of PC is going to be required to run Seven-G?

GT: Nothing too intensive, systems newer than 2006 should be fine. Windows XP is also recommended.

531 Ghost: We’re guessing that the only player controlled aircraft is the F/A-18, but will there be further versions added, such as the Super Hornet? What about the AI aircraft, what models of those can we expect? How robust will the AI be, and can the player control the skill level of the opponents he faces?

GT: The old school Hornet is solely what we’re after. AI aircraft will probably use the same Hornet flight model all around, as it would only be accurate if we had an exact flight model for each and every other airframe we include. Moreover, most countries train (domestically) on each other using the same aircraft, so the accuracy is hardly compromised. AI intelligence will have levels of difficulty.

531 Ghost: Your web site seems to indicate that fidelity to the aircraft is central in the project. And while admirable, we know that developing a combat flight simulation is all about trade-offs. It could be so faithful that a player would need to complete a Naval Aviator’s training in order to get it off the ground. That’s one extreme. The other — and this goes back to scalability — is just get it in the air and start fighting. How do you balance these competing approaches?

GT: There will be no set “courses” or “checkouts”. As long as you know how to operate the aircraft you are presented with, you’ll be able to fly it. We will include a faster way to start the action, and as mentioned earlier, give users the option to “Just Fly”, which will cut out a large portion of the technical aspects. In the end, we think users will see a different approach to how we present the simulation with our own style.

531 Ghost: Please tell us that TrackIR support will be included, with 6 DoF!

GT: Native support of optical tracking systems such as TrackIR™ and Freetrack will most likely be implemented. 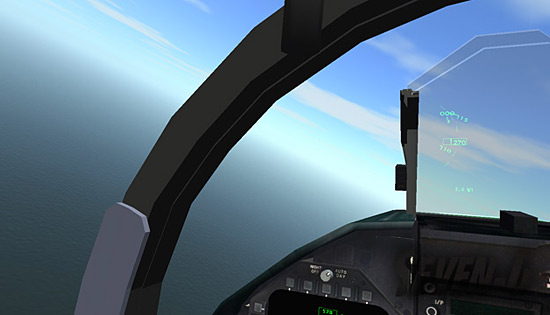 531 Ghost: What are the minimum and recommended PC specs to run this product?

GT: A dedicated graphics solution that has hardware support of at least DirectX9, and at least 512MB of memory.

531 Ghost: Do you have a final title for the sim in mind?

531 Ghost: And we think we know the answer to this one, but is there an ETA for the finished product?

On a final note, we would like to give recognition to the rest of our development team: “Racer” (3D Modeler), “Teriander” (3D Modeler), and “Cmatt” (Technical Advisor). Without them much of the current and future progress could not be accomplished. We’d also like to thank the community for the expressed enthusiasm, positive response, and continued support of the project.

531 Ghost: Thank you “GT” and the Seven-G Team for taking the time to bring us up-to-date. We appreciate your time and all are looking forward to the completed version of your new sim. 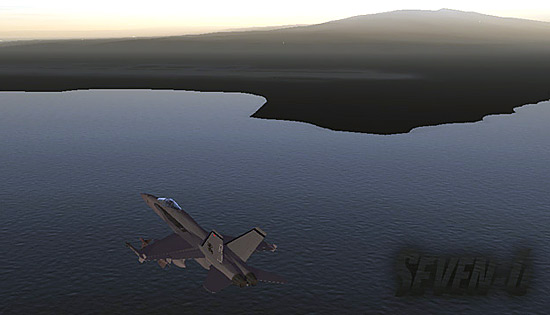