A Journey Into The Heart of dorkiness

Yeah, I have my terrain, a not-too-accurate rendition of the Black Sea, as if a Tourette’s patient was my cartographer. Now, I had to find planes to fly over it, and people who’d actually ignore what I was doing long to let me use their stuff. It was like asking Helio Castroneves if I could borrow his car in the middle of his tax evasion trial. Hopefully, no one would be paying attention to what I did with it. 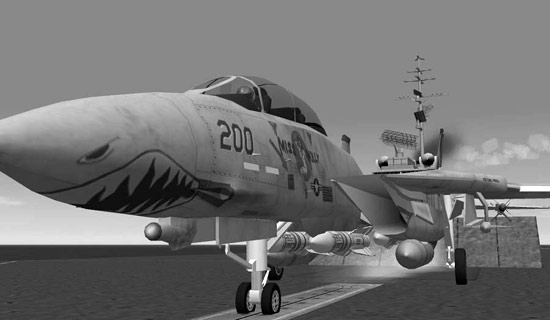 I selected Wings Over Europe as my game because this version of the Third Wire series offers the best selection of planes. Sure the Kfir C2 in Wings Over Israel (WOI) is nice, but outside of shooting down competing druglords in Colombia or cluster-bombing grass huts in South Africa, you’re not going to find too many places still flying it, but the selection of US planes in WOE is a perfect fit for any sort of Cold War scenario. Plus, it has the included carriers.

I chose WOE because I really wanted to try out two things. The first was taking the existing stock planeset and making something out of it and the other was selecting a whole new planeset and starting from scratch. Neither friggin’ one happened, incidentally. It’s something akin to buying a fresh six-pack of Steinlager. Just you try to stop at one.

First, one of the hardest things to do (and this ties into where you choose to fly) is deciding when you want to fly. This makes a huge difference in how you make your campaigns and what you wind up flying. See how I tied that all in there?

Like any sim (or games in general, for that matter) there are some limitations to what the game models and the way it behaves that you have to overcome. The first is the game’s AI. 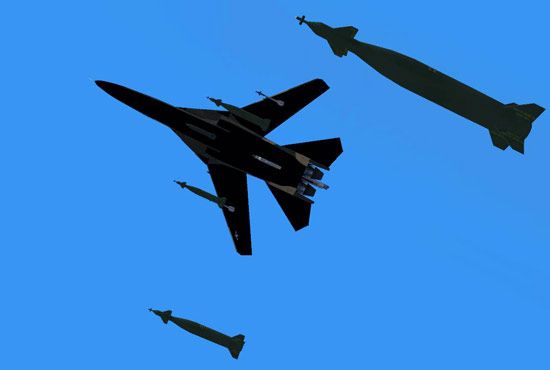 Don’t think I’m griping. There has been a recent (and rather awesome) development. September brought us an amazing patch that brings the AI up to a level of performance and aggressiveness normally only seen in conjunction with steroid use. It brings the enemy aircraft AI up to at least the level you typically only saw with the SAM emplacements. Not to mention a much-improved graphics punch-up.

But, as awesome as it is, the AI still can’t employ guided weapons on stationary targets like bombing a building using laser-guided “smart” weaponry, even though such munitions are included in the base install’s weapon set. You don’t even have to get Bunyap’s Weapons Pack in order to use them. Some point and laugh at the sim that can’t walk and chew gum. We give them the Hawaiian good luck signal and go blow stuff up. 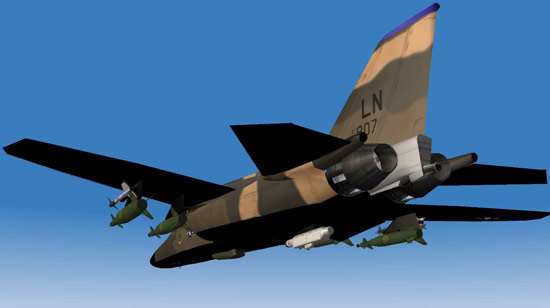 While the AI in your flight might be able to use guided munitions just fine, the other AI-controlled flights won’t, friendly or enemy. There appears to be some sort of mental block to the AI pilots that says, “I have extremely large testicles, so load up those unguided weapons.”

What it usually does in an ECM-heavy environment is insure that everyone gets the living piss shot out of them.

I would’ve loved to have made a campaign with 5th-generation aircraft in them except for one tiny little detail. There are few, if any, Red side 5th-generation aircraft with the exception of the MiG-35, which makes the campaign extremely lopsided. Plus, it’s not much fun to include ultra-stealthy next-gen fighters if all they can drop are unguided weapons.

So, with the dearth of Red-side 5th-gen aircraft and the AI not knowing how to place the crosshairs of a laser-guided bomb on anything larger than a Toyota stake-bed pickup, I began to backtrack.

There were some really neat things out there I could use, I realized, and then it started getting really weird…

A Modder’s Diary – Episode I: The Terrain

A Modder’s Diary – Episode I: The Terrain Page 3

A Modder’s Diary – Episode I: The Terrain Page 6

A Modder’s Diary – Episode I: The Terrain Page 7