I never expected that we actually would fight the Georgians. We have never been completely peaceful allies since our glorious Soviet Union fell, but only four years ago I watched in horror as a flight of Georgian Su-25 attack aircraft committed suicide, dashing themselves against the immovable wall of an S-300 missile battery manned by the Islamic Resistance and Liberation Front in southern Abkhazia. I helped train their aviators then, I can close my eyes now and recall their faces. But I also can never forget how the cowardly elements among their government plotted against us, and helped the IRLF behind our backs later on. We danced a cold dance in those days, and now we would have a hot dance as well.

I was recalled early from some leave time following my promotion, when the war broke out. Yes, my friends, you may call me Major Andreeva now, for I have taken over the duties of executive officer of our squadron. I have gone to the air war college in Moscow, and there I did well enough that I was allowed to select my posting. I chose my home regiment, the 586 IAP, the regiment my grandmother fought in during the Great Patriotic War, the regiment in which I fought the IRLF. My Commander is still there, and my old wingman Vasily, I longed to see them again after being in school for so long, and one of the first things I did upon settling in at the Regiment was to assign Vasily as my wingman again! It was good to be home at last.

War began on 8 August, when the monster Saakashvili set his forces loose upon our unsuspecting peacekeepers in Tshkinvali, Ossetia, with an unprovoked artillery barrage that signaled a Georgian incursion. I saw this on the western CNN network at the hotel in Sochi, where I chose to take leave. You think, do you not, that taking leave in Sochi is much like taking vacation at your home, yes? Well, it is not so; Sochi is a world-renowned resort! Things would happen fast then, for my Commander sent an Mi-24 helicopter of Frontal Aviation to the hotel itself to collect me and bring me to the military airfield at Adler with all speed. 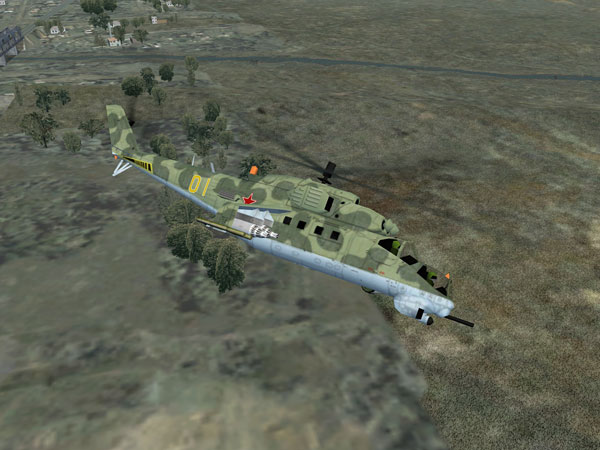 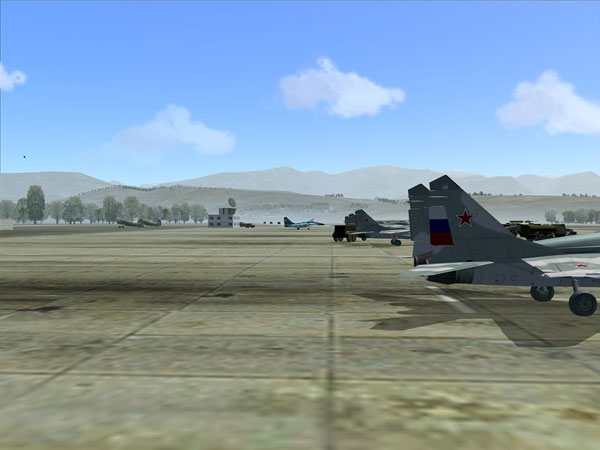 If I am not careful, I will believe that I am an important person! In reality, there is a mission to be planned. No sooner had the helicopter bumped to a landing on the Adler tarmac than a GAZ jeep screeched to a halt, its enlisted driver’s hat flying off in the helicopter’s downwash. Vasily bounded out of the front passenger seat with documents clutched tightly in his hands, running to help me climb out of the helicopter. He threw me a snappy salute with a big grin.

“Ah, Shoura! If I may call you that now that you outrank me! Here, read these. The Commander calls us. It seems that the Georgians are trying for more than Ossetia! Come, they are waiting!” Vasily nimbly jumped into the jeep’s rear seat, leaving the front passenger seat for me. I told the driver to take us to the operations center, and he smartly snapped the gearshift into place, grinding the gears in his haste to be off. We sped down the flight line, past my waiting MiG-29, its blue and grey camouflage gleaming in the early morning sun.

“I have taken the liberty of calling up a tractor to tow your bird to the shelters for arming,” Vasily, leaning forward, spoke in my ear. “Look here.” He reached over my shoulder into the stack of papers, bringing out a map. “Last night the Georgian dogs started moving into the Kodori Valley-here. The 41st Division is going to meet them. Intel has our brotherly Abkhaz forces already digging in for a fight. We’re going to have to slow the bastards down before they get into the valley; they have the drop on us and they’ll hit the Abkhaz forces before the 41st can get there from the coast.”

I traced up the map with one finger, tapping a choke point with one fingernail. “See here, Vasily. The 41st Division could be flanked here if these bridges on the south side of the valley are still up.”

“Da.” Vasily nodded. “The Commander wants to talk about that very problem.”

My Brother, My Enemy Page 11

My Brother, My Enemy Page 12

My Brother, My Enemy Page 3

My Brother, My Enemy Page 5

My Brother, My Enemy Page 6

My Brother, My Enemy Page 9