SimHQ: Some people just don’t care for the idea of payware. What’s your answer to them?

JS: I think it is inductive reasoning… wanting something and rationalizing your position. Nobody complains that TK charges for the games or that the computers aren’t free or that iTunes sells you a song for a dollar that you already have… again. Nobody is forced to buy YAP so why should they care?

The most angry were those that were used to committing piracy, not just painting planes. I have spent more money than many people make on YAP. We have produced an amazing product that costs chump change to buy compared to many other forms of entertainment… a mission set costs less than a pizza. Others could do as well or better… but they won’t. They don’t have the time and cannot justify the expense. Because our offering is commercial, I can pay for an O-2A to augment our product. I wouldn’t spend that kind of money just for a smattering of applause once I gave it away just to see it in day-glo paint the next night… some push-me-pull-you. No way. It’s like free medicine. When medicine isn’t profitable, scientists move into fields that will pay their kids’ tuition and medical research stops. YAP isn’t the cure for cancer but if it weren’t for Paypal, you would still be bombing the comm building on a place that looked like the moon. 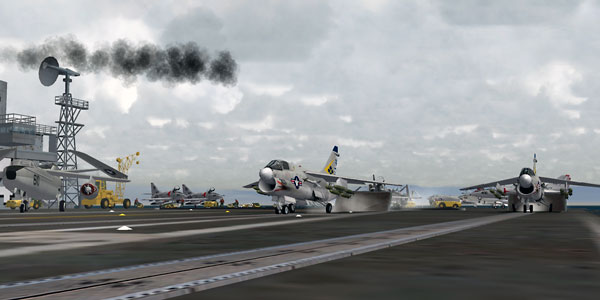 SimHQ: Is YAP 2 the end for the YAP series? If so, what are you working on that will follow YAP?

JS: YAP 2 is the end of the Vietnam stories. We might be asked by people to do their story and would be happy to. But we have shown every kind of mission and almost every aircraft in every part of that world. We have some ideas … three, really. All would need TK’s engine. All would be true aviation. But I cannot give up any more 16-hour days without a clear view of a reward. YAP cost me 3 years.

SimHQ: Do you have a favorite YAP mission and if so what is it and why?

JS: Hobo 51 is the story of Bernie Fisher in the A Shau Valley. The Special Forces camp was being overrun and a flight of Air Force Spads was buying time for the defenders. His wingman and friend, Jump Meyers, was hit and had to belly it in on the PSP runway and hide in a ditch. There were 2000 to 4000 NVA moving in for the kill and when Fisher heard that the rescue helicopter from DaNang was twenty minutes out, he said he was going down to get Jump out. So, through a fusillade of ground fire, in his second attempt, he landed on a runway that was too short, went a little off the end then taxied around looking for Jump. Meyers ran alongside, jumped into the cockpit and said “You stupid bastard. Now we’re both going to get killed!” Bernie took off after his Spad was hit 16 times (all of them missing things like his tires) and flew to DaNang. I read the story under his picture taken while receiving the Medal of Honor. I met Major Fisher once in Rialto, California. He was a kind and decent man who did it because it seemed like the right thing to do. He insisted he was not a hero…they always seem to do that.

In Hobo 51, you have to destroy the shooters and soldiers approaching Jump near his wrecked Spad (made just for this one mission), rescue him and take off before reinforcements show up. Low clouds, high mountains, bad small arms fire make it a tough one to do right. But it’s my favorite because it is not a shoot-em-up. It is someone putting “the right thing” above themselves. It’s something everyone gets to choose between all the time… maybe not in the A Shau Valley but we always get the choice. 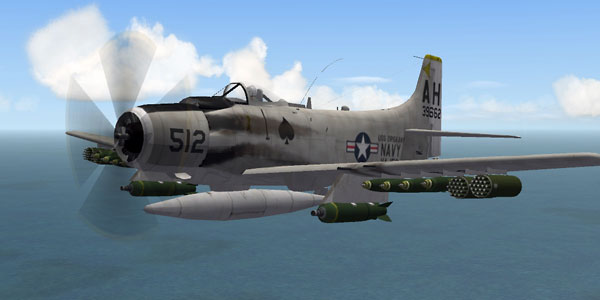 SimHQ: How would you rate the success of the original YAP series? What are your expectations for YAP 2?

JS: The original YAP was a commercial flop if profit was the idea. I just wanted enough to offset some of the expenses. We hope for more from YAP2. We are going outside the small flight sim world into the world of history buffs, aviation buffs, and combinations for both. Our customers have answered questions for us. They have certain definite characteristics. They are mature. They read books. They are loyal. They are not fantasy game players. Many say they fly one mission a night at normal speed while the family watches television. We think there are a lot of men like that out there… they just don’t know something like YAP exists.

SimHQ: How do you achieve the balance of realism versus playability? Are there some missions that simply cannot be won?

JS: We concentrate the activity within the field of vision of the player providing detail where it should be. As the producer, I have to battle always against shoddiness on one end and perfectionism on the other. The level of realism we seek is the Leap of Faith. It has to be real enough that the player will accept it as such. More than that is decoration. Less makes it a cartoon.

All our missions can be completed. We test them endlessly and take counts of the successes. If they are too hard, we decrease the guns. But more often than not, the thing that gets you killed is just like aerial warfare… lack of situational awareness. If you just HAVE to nail that bridge and press down where it fills your windscreen, the 23mm will take you out. Nobody did that stuff very often. And you shouldn’t either.

SimHQ: TK went to great lengths to make a game that will play on a simple computer. Have you done the same?

JS: No. We tried but eventually we found that the rewards for playing on a game machine were the difference between good and great. We include 3 environments but we highly… HIGHLY… recommend buying a machine just for games if you can. You will be amazed at how real it all become. We are going to put some machines on the site that go for under a grand made of the best pieces. Not everyone can spend that but if you want a machine, its a lot cheaper than calling Dell.

SimHQ: You clearly have a good connection with Third Wire and TK. We’ve heard that WOV retail discs have become scarce, maybe down to 300 world wide. And yet, YAP 2 ships with a retail disc of WOV. How did you work that out?

JS: I bought some that were still out there. I would rather have a deal with TK where people bought a download from him and YAP there also… the process of going to several places for parts might be a solution but it’s a bad marketing solution… and marketing is my profession. People just plain don’t want to assemble anything. That detail costs more sales than any other… difficulty in completing the transaction.