For our review finale (but not the end of our DCS: Black Shark reports) I’ll talk about the logbook, fly some multiplayer, look at the Mission Editor and the Campaign Builder. Right-up-front I’ll tell you the Mission and Campaign Builder sections in this review are kept to the basics because SimHQ has a couple of contributors in the process of developing extended articles on each area. Each area deserves an article in itself, or more.

Welcome to the Logbook where you can create a new identity for yourself. A Pilot identity. You get there by clicking on the “Logbook” button from the Main Menu screen. Strange, but true.

The Logbook is divided into a Pilot Page on the left, a Nation and Awards page on the right, and Page Navigation on the bottom. Simple, straightforward. To create a new pilot, just click “New” on the Pilot Page. 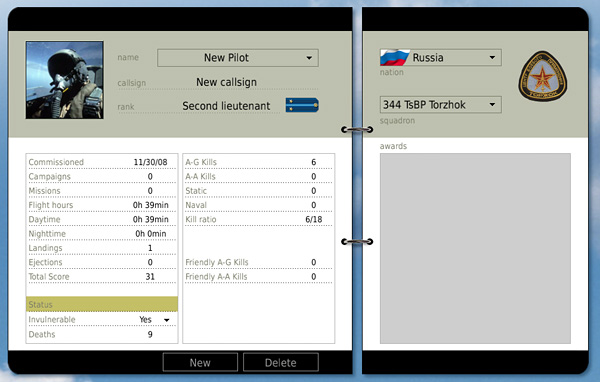 Give yourself a name, a callsign, and select a photo, either a stock photo or one you created. 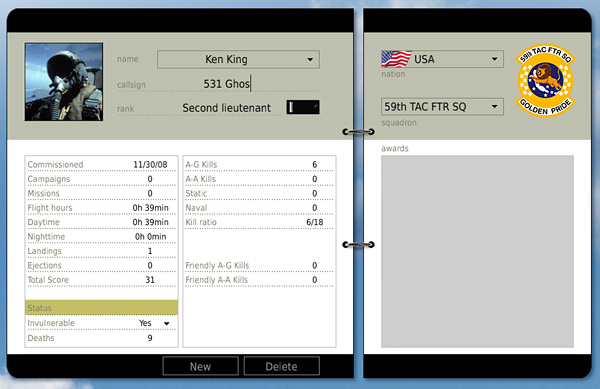 Then go to the Nation and Awards page and decide what country and squadron you fly from. 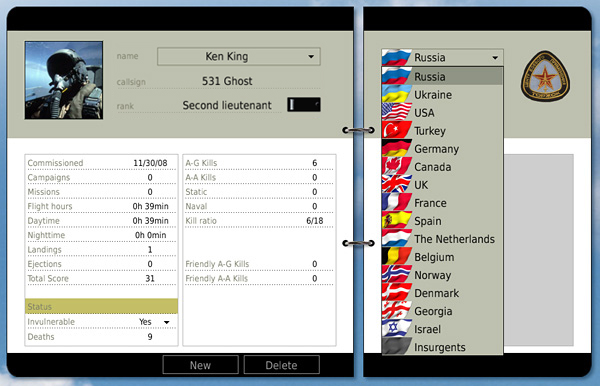 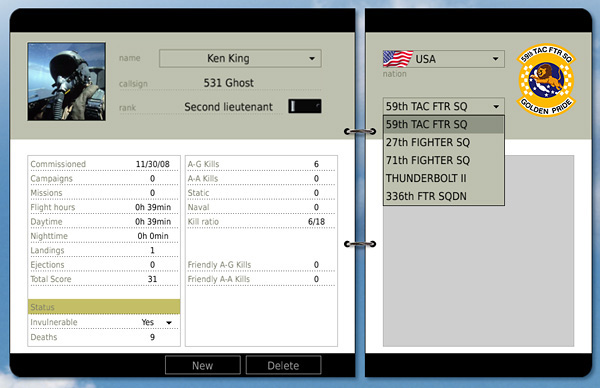 Here’s a handy feature I like! Back on the Pilot Page, under “Status” there’s a option to be Invulnerable. If you pick “No” and you die on the battlefield, that’s it. You’re dead. Or, choose “Yes” and continue on with your same identity. The system will still track if you really did die though, and tally those under the “Deaths” field. 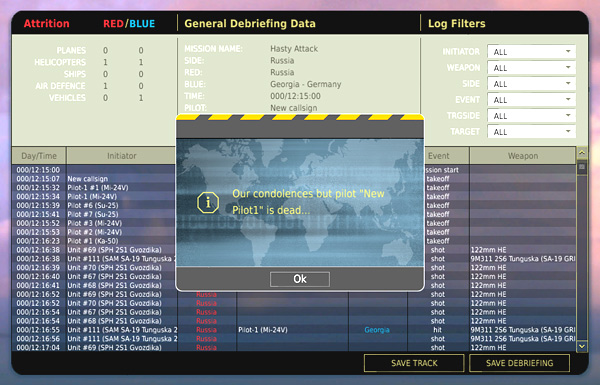 What else do we learn in the Logbook? All kinds of stuff. Your current rank, assigned by the system and based on your achievements, flight time, etc., number of missions or campaigns, flight hours total (and broken down into day versus night hours), landings, AG kills, AA kills, ejections (yeah, like I’d know about that?) and your total score. There’s also a kill ratio that compares the number of times you died versus enemy kills. And a whole lot more. Back over on the right page, you can see that chest full of medals you won.

All in all, a very useful tool to create new pilot identities and track their stats and performance over time. Well done.