Hey! Something New Has Been Added!

So, the obvious question is: “What’s so new that I need to buy it?”

For XP users, the new aircraft variants, the high-resolution cockpits, the added ground objects and the new enemy aircraft are pretty much it. You could spend a lot of time downloading free content if you wanted, but when it’s made available to you for the cost of the fajitas for two at Uncle Julio’s in Fort Worth, the number of reasons not to have it start to dwindle. I mean, it’s a lot of content and added enjoyment for very little coin. 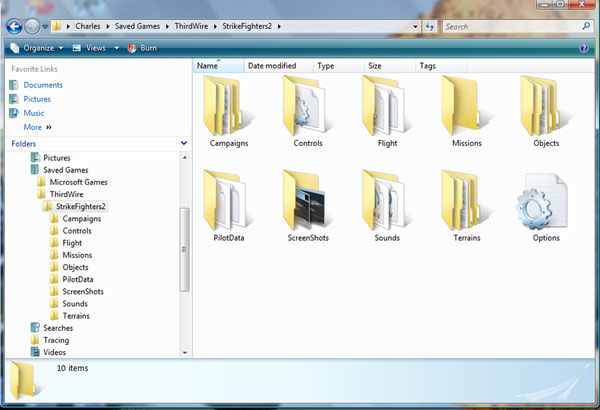 For Vista users, there are much greater reasons to have it. First and foremost being the out-of-the-box compatibility. The much-talked-about file and folder structure is going to be the way the newer releases are going, so it helps to learn about these new features sooner rather than later.

The first thing you’ll notice after you install it is that normal folder location in the Program Files seems awfully vacant. That’s because everything that is changed and modified the most in this sim is now located in the Mod Folder, which is located in the Saved Games section of the Vista user’s name.

There are two reasons for this, the greatest of which is that new location is essentially an end run around Vista’s UAC system that incessantly asks you if really want to do something, you witless dolt. Since Vista really thinks you’re too stupid to know what you’re doing, it really detests it when you alter ANYTHING in the Program Files directory. Since the mods, the part that will change more than the contents of Howie Mandel’s sock drawer, is now no longer there. 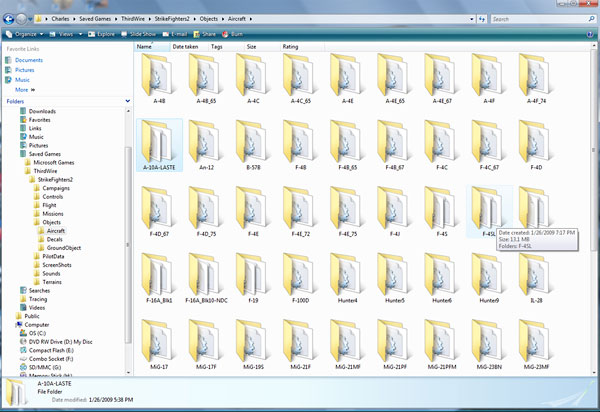 Also, this makes the moving of mods from one game to the next almost a seamless transition. TK’s new file structure will place all Mod Folders for every title in the exact same place. Want to use the A-10A and F-15A from Wings Over Europe in another title? No more extracting out of your .cat files, just move the folders over to the game you want it in and fire it up.

I really liked this feature as it made navigating back and forth between folders and adjusting variables a little less of a chore. Not completely hassle-free, but still an easier and cleaner way of doing things.