“We Can Rebuild It…We Have The Technology…”

The community that surrounds TK and the Third Wire series is probably one of the most vocal and loyal audiences you’ll ever find in gaming community. I checked the top video games of 2002 (the year this sim was first released), and I don’t think too many people still play Jet Set Radio Future or even MechAssault. This series has the legs it does because of a dedicated group of modders who work tirelessly behind the scenes to improve the gaming experience beyond anything I’ve ever seen, including the ‘Nude Patch’ for Tomb Raider Anniversary.

The ability to modify this game is central and core to its draw for the fans of the sim. If it were not able to be modded, this game would promptly fall flat, even with the community TK has managed to generate. 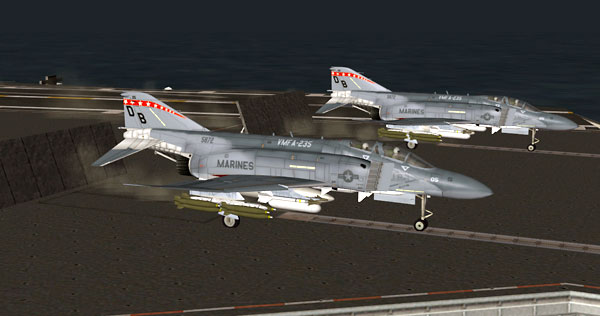 As I’ve stated before, adding aircraft has never been an easier prospect, although enough changes to file formats were made that an entirely new CAT extractor had to be engineered for remove core files for modding. Luckily, it only has to be done once, because Gerwin’s new extractor gets EVERYTHING out and places it into a folder for you to back up and change however you like.

I downloaded Strike Fighters 2 on a Sunday night at about 7:00pm and by nine, I had sufficiently muddled my way through the file structure to add a carrier to the stock campaign and changed some of the aircraft in the campaign around to some aftermarket airframes offered publicly.

A word on aftermarket aircraft: Until you get used to it, adding decals is kind of a pain-in-the-rear. Decals have their own folder within the Objects folder and it involves a lot of moving things around and editing decals.ini files. After a while you get used to it, and it helps simplify things if you want to edit decals for things like external tanks. 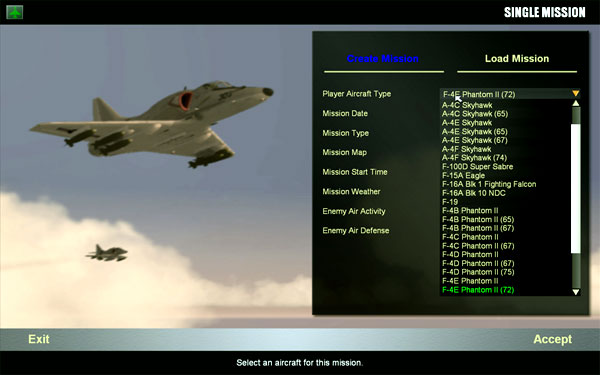 Something neat in terms of campaigns: TK’s new file structuring allows you to choose ANY of the default squadrons and liveries to fly without having to edit campaign files to add a squadron to it. Oh, and there’s now five campaigns instead of one.

You’re pretty limited to what aircraft you can play with by the current weapons set. Only a small amount of aircraft can be fitted with external tanks to make it worth your time, but TK was kind enough to include tanks for the standouts of all of the original Third Wire releases, which enables you to create the most hellacious schizophrenic war scenario since the armored RV in Stripes.

The AI seems to remain the same nasty customers since the last patch, but one thing I noticed is that more skill is being required to be accurate with BVR engagements. They don’t call the Sparrow missile “The Great White Hope” for nothing. The same great care is needed to successfully use laser-guided bombs. Gone is the day when you could release them from ten miles away and probably still hit that damned Comm Building.

Guess We Won’t Be Asked About That One…

A glaring omission when you fire the game up is the absence of multiplayer. At all. Nothing.

I checked the forums on Third Wire. It didn’t really look like it was missed anyway by the Third Wire community.