Is it worth the money? Considering the mountain of free content available on the Web and the fact that the latest patches pretty much brought Vista compatibility to the original titles, should anyone spend $20?

If TK was only offering the original game with no additional content, just a reboxed version of the original with nothing added and only making the changes necessary to get it to run on Vista without a hitch, I’d say no.

As usual, he didn’t go that route. He’s offering hi-res cockpits, true to the time frame they were flown in. He’s included the majority of the ground objects and AI aircraft he’s ever made in the original titles. He’s tossed in extra campaigns, liveries, skins, units and the freedom to pick just about any one of them to do anything you want. 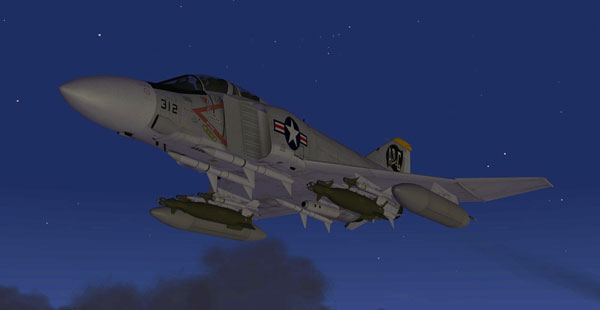 Is that worth 40% of the cost of a new release of an Xbox 360 title that people will quit playing in four months? Yes. It damned sure is. Are there some glitches and things to fix? Yes. There are some missing .LOD files, some problems dealing with campaign editing, the multiplayer has been removed. For some, that might be a deal breaker. For the majority of fans, it’s pretty much been a single-player experience since day one.

If the cost was higher, I’d probably have balked, but I’ll bet you’re still wondering why you should buy this. So, I’ve included a list of things you’d spend the same amount of money on and get less out of:

Should you buy it? Put me down as saying wait for now, but yes, definitely as more tools for it (like a weapons editor) become available.