When President Johnson finally unleashed the Air Force, the North Vietnamese had the time to reinforce their air defenses. The Thai Nguyen Steel Mill was a prize they intended to protect. Many stories came from that day. Medals of Honor. Pardo’s Push. Wing commander and flight leader, Robin Olds had his men in and out in 5 minutes. Then they all had to go back in again.

This is a raid that the aircrews wanted for a long time. If they were going to risk death, they wanted to take out a steel mill, not a radish garden. Several stories came from this one event. Pardo’s Push was the first one I heard. But the story we tell came from none other than Robin Olds. Friday afternoons at a fighter base are for going to the stag bar and letting off steam. The women came out there because the loud men in wrinkled flight suits were the ones they were looking for. There was a rule: If you forgot to take off your hat, you had to buy a round for the bar.

On this occasion, I remember seeing a big guy walk in the door with his hat on but the bell didn’t ring. I think I was the only one there who did not know who he was. A brief delay, then both the man in the door and some men at the bar all shouted “Ring the goddamned bell!” and that signaled that drinks were on General Robin Olds. After a while, I was able to stretch an ear into the admiring crowd to listen to him. He was talking about that day at Thai Nguyen but he was talking about timing, how his men got in and out. I asked him, “What was it like?” The looks I got from combat veterans and General Olds were the same ones that I would have received if I were a singing frog. It was a stupid question that everyone really wanted to ask but had to wait for a dumb 2nd Lt to broach the subject. He said: “The weather was terrible and the flak was worse.” He gave a brief synopsis of the strike and how they got a late start awaiting clearing skies that closed right back up and how they all had to go right back in the next several days to pound the place into rubble.

A FAC once told me that the best way to make a fighter pilot happy was to get him shot at. The more AAA, you live through, the bigger your medicine. To have struck the Thai Nguyen Steel Mill on that day was big medicine.

In this mission you are tasked with taking out a steel mill. A highly protected target. You fly an F-105D “Thud”, call sign Dodge 13. Since this is a pretty big target, I decide to take some pretty big bombs. MK 83 1000 pounders. With fuel tanks and bomb load and the usual, our takeoff weight is 50, 860 pounds, just below takeoff maximum of 52, 546. We join the flight in progress and while we’re 20 miles out, the RWR is going gangbusters. I don’t see any SAM launches, but it’s a pretty gloomy day. And there is more than enough flak to go around. I pick up the target on ground radar and the game is on.

At ten miles I arm the bombs and set the interval so they all drop at once. I don’t want to make two passes over this one. Coming in, I can see black clouds of smoke in the target area. Perhaps some of our boys hit the place before us. But it still shows as a target, ain’t dead yet. I intend to turn that smoke into a smoking hole in the ground. Nothing fancy on the approach, I have a lumbering heavy weight fighter here. But at the drop zone, I let them all loose at once. I’m a little low and concerned I may frag myself, but it works out alright. The steel mill is destroyed and I’m ready to go home and hit the bar. 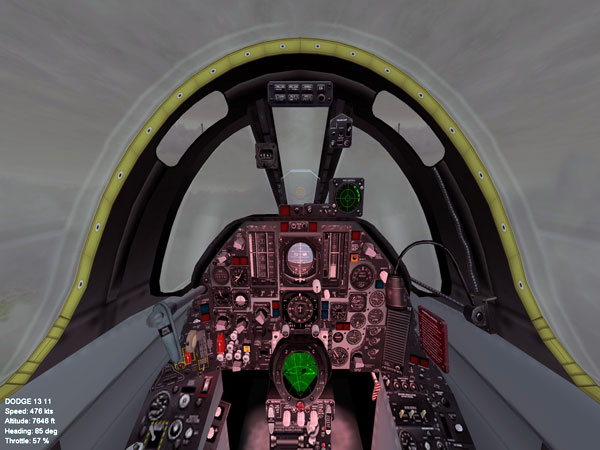 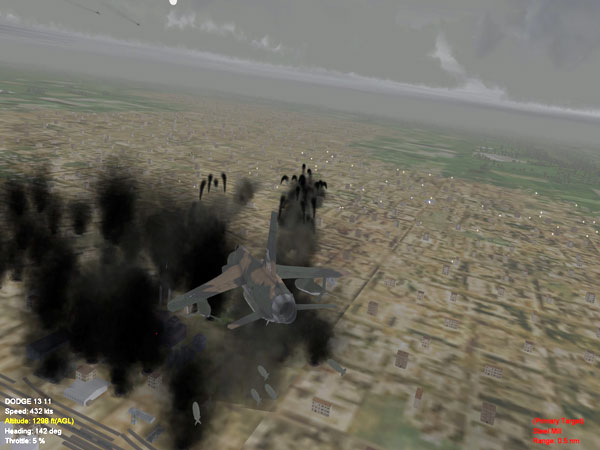 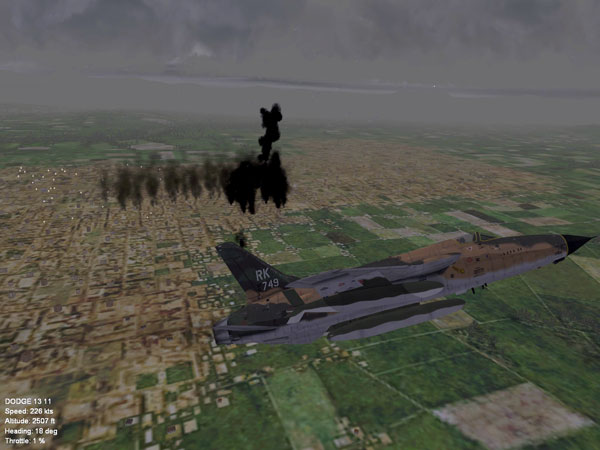 Reborn on the Fourth of July Page 3