On April 24, 1966, elements of the 469th TFS were sent to destroy the Bac Giang Bridge. It was finally dropped May 5, 1966, but rebuilt numerous times and destroyed again. The bridge was one of several vital transportation choke points over which passed much of the supplies provided by China to North Vietnam to support the invasion of the South.

Another tale was about bombing this bridge (and the Bac Ninh). The details were few. He was a man of very few words or emotions. But I got enough to put together the parts of the story he wanted to pass on. People tell you what they want to say. He wanted to say that it was a wild run-in under the clouds on the deck. He said that the flak was going off all around them… all sizes. He almost forgot to arm his bombs but he would not have crossed the target a second time no matter what. This is one of my favorite missions because when I fly it, I see Donovan’s face while he was telling it. We were at a table in Arizona. He was in an ejection seat coming off of Thud Ridge at 500 knots seeing it all over again.

Get ready to get your ass shot off from beginning to end. For most of the mission, you’re seeing puffy, fleecy clouds and the lower you get, the more man-made they become.

You start the mission and one of the first things that draws your eye is the top cover over you. A bunch of F-4s are playing gunslinger while you’re toting two 3000-pound crowd-pleasers to a bridge. The Thud is a heavy, unwieldy beast and nowhere is this more evident than when you’re trying to duck under AAA fire and not get pasted by Annie Oakley manning a KS-12.

So you’re beating feet over the karst, the sky lighting up everywhere and you see the bridge and what looks to be a small industrial center, like a logging operation on the river next to it. I don’t even know if my bombs hit. All I know was that I didn’t want to be there. 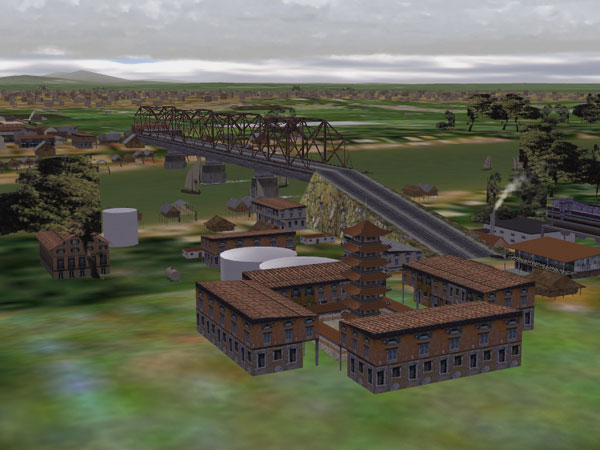 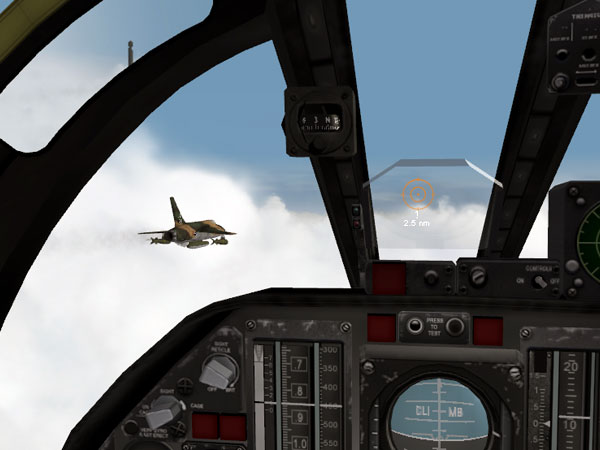 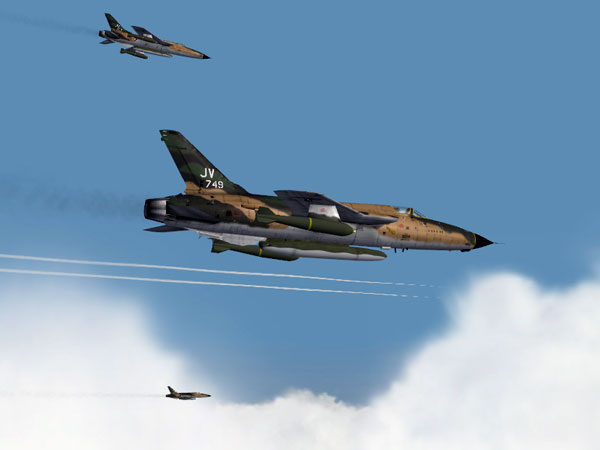