Boneyard. It reminds me of another word: junkyard. I associate images of sun-bleached skeletons carelessly strewn in the desert, everything of value having been picked clean from them long ago… A place relics whose time has passed, or those with wounds too deep to heal are discarded. Lost and forgotten. Or worse.

Over 4,000 of them on 2,600 acres of desert, they wait for whatever fate will befall them. Their canopies covered with white Spraylat, like hunting birds of prey wearing their hoods, they wait for the chance to fly again. But will they? Will these warrior craft which have flown in all parts of the world ever leave the ground again? They have seen combat, stared the enemy down face to face, taken their pilots and crews into danger and brought them safely home. And now they are here, where old aircraft go to die.

Is that what AMARC really is? I wondered. 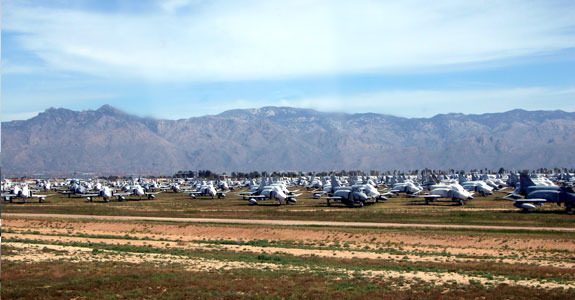 I sit quietly in the tour bus, looking out through the dark tinted glass at aircraft shining white in the morning sun. I feel a sense of attachment to them and concern for their future. Why should that be? After all, they are just machines: marvelous engineering and manufacturing achievements no doubt, but still machines. Why attach sentiment to inanimate objects who are themselves entirely without emotion?

I love aircraft, especially military aircraft, but that doesn’t really explain it. I love cars too, at least some of them, and it doesn’t seem to bother me that they end up in crushing machines. What makes these aircraft different, special? Why do I care if they get their wings chopped off by a 13,500 pound guillotine blade dropped from an 80 foot high crane? If they are ripped up with cutting saws, have their innards torn out, and then their carcasses hauled away to metal recyclers to be melted down into cubes? 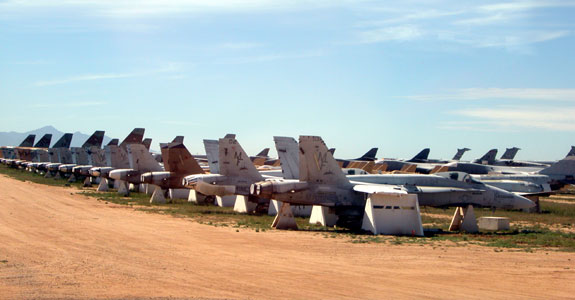 Or are they more than the sum of their airframes, engines and propulsion equipment, flight control, radar, weapons, and other systems? Do these machines have special places in our hearts because of what they have done and where they have been? Is it the stories they would tell if only they were able to tell them? 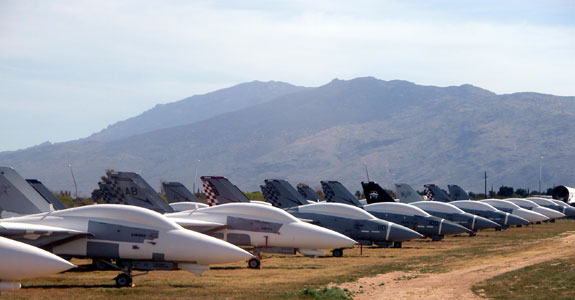 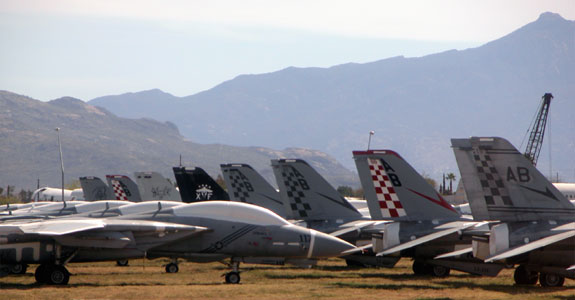 The bus passes rows of Navy F-14 Tomcats, mostly the A model. I watch them go and study the tail insignia. They are beautiful. They really do have something cat-like about them, as though ready to pounce. I can imagine them sitting on an aircraft carrier deck, the catapult ready to fire. I remember some history, events from around the world in which these magnificent aircraft played a part: