Incoming aircraft are processed according to the military’s use requirements at the time. There are three basic types: 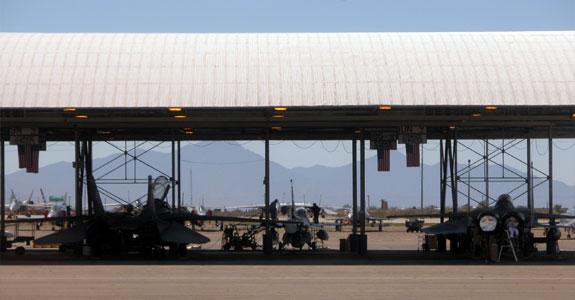 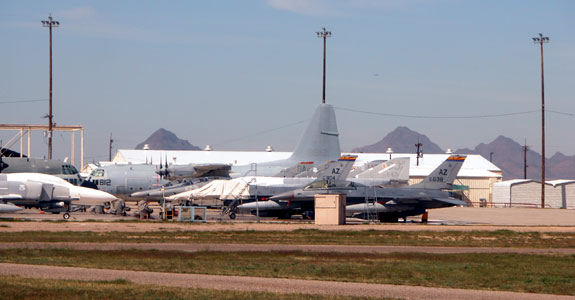 Obviously, many aircraft are stored at the AMARC facility, pending their disposition. There are four categories of aircraft storage:

Type 1000: Aircraft which could be readily made flight-ready.

Type 2000: Aircraft which may eventually be returned to flight status, but more likely will be reclassified to Type 4000.

Type 3000: Aircraft in flight-ready status, held for transfer or sale.

Type 4000: Minimal preservation. These aircraft will be parted out and eventually scrapped.

Virtually every day at AMARC, aircraft are coming in, going through processing and assigned to storage types, decisions have been made and will be made regarding their status and the needs of the military to best utilize the resources the aircraft represent in their current condition. Aircraft are flown out, either back to duty status, to another country, or to the target range. Still others are sold as display aircraft and are moved to museums, parks, and other facilities. Every scrap of worthwhile material is accounted for and used where needed in this continuing process of renewal.

I sometimes think of myself as a naïve child in matters like these. I hate to see something I have affection for damaged or destroyed, and if I had my way, they would all be preserved forever somewhere, for what utility I do not know. Just the comfort of knowing they’re there, I suppose.

The military does not have the luxury of idle contemplation concerning the future of these aircraft. They live in the very real world of military aircraft operations and readiness, a world of safety concerns, budgetary concerns, of having to justify everything they do and knowing that the justification will have to stand scrutiny years later for who-knows-what group of Monday Morning Quarterbacks to second-guess. I recognize the difficult jobs they have to do and now I have a little appreciation for just how they do them and how well they do them. The men and women of the military, and the civilian contractors operating AMARC are doing something that deserves appreciation. Appreciation that is not reflected in a name like Boneyard.

But even with the knowledge I now have of AMARC there’s a part of me that wishes that 50 years from now there will still be flying F-4 Phantoms, F-14 Tomcats, A-10 Thunderbolt II’s, and others, for our children and their children to watch, to marvel over, to wonder about. What stories would those aircraft tell if only they were able to tell them? Maybe with the help of AMARC, the stories will be told and imaginations fueled by old warriors still flying proudly. 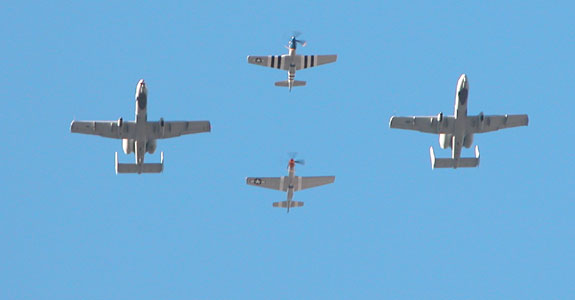