Oleg in Name Only, or the First Real Console Flight Sim? 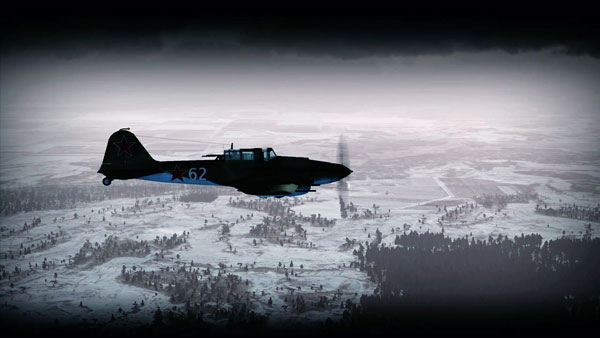 PC gamers have known the excellence of the IL-2 Sturmovik series for years while console gamers had to suffer through titles likeBlazing Angels and Tom Clancy’s H.A.W.K.. Now 505 Games has brought us hope. Hope that a near simulation WW2 fighter game can make it on a console system.

Now I do not pretend that any game released on the Xbox 360 console system could match the power and speed of the personal computer. The right PC is a powerhouse with many more capabilities. But I am diving into IL-2 Sturmovik: Birds of Prey hoping for something approaching the first real flight simulation for the console.

The graphics in IL-2 Sturmovik: Birds of Prey are really fantastic and a sight to see. There is no distant pop-up scenery as you would anticipate with all the details turned on. The Xbox 360 handles it all reasonably well with an occasional slight pause detected. The ground objects and the terrain is some of the best I have ever seen in a Xbox 360 title. During combat, the sky is filled with friendly and enemy forces and it looks beautiful on a big 1080p HD TV. The only real complaint I have about the graphics is too much bloom. Way too much. Bloom seems to be the norm these days for both PC and console games, and best represents the statement that just because you can doesn’t mean you always should. 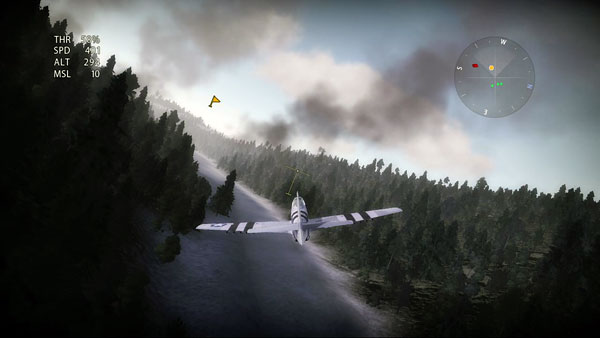 Audio-wise, the sounds are incredible. Now I sure do not know the difference between two different WWII aircraft sounds like other vintage aircraft aficionados, but there is a difference in most planes clearly detectable. The sounds of the guns, rockets, and bombs are some of the best I have heard in a WW2 game. In a high watt 5.1 surround sound system you can hear the bombs hit targets and sense the earth shake. The concussion is probably more than a real 250- or 500-pounder actually produced, but there is no mistake when you drop one, two, or four eggs. It sounds great. 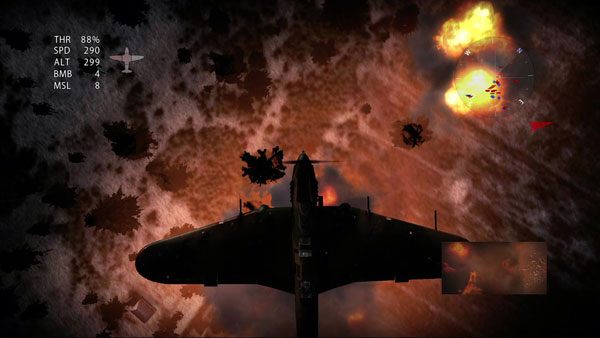 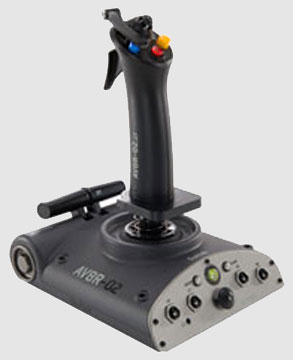 Most gamers (but not simmers) will play this game with a gamepad. That is a shame. I tried it with a gamepad the first day I got it and was not impressed. It was hard to control the plane, and the situational awareness was terrible. Even if you click the right stick down to enter free look mode. From what others have told me, they can live with the gamepad but they had to go into the sensitivity settings and drop it way down.

I picked up a Saitek AV8R-02 joystick just for this game and I’m glad that I did. It is not wireless, but it works well. There is a little too much non-adjustable dead zone in the center-of-the-axes, but I am learning to live with it. It also took a while to figure out what buttons did what. The game manual gives you these nice Xbox 360 charts, three of them for arcade, realistic, and simulator modes, to show the gamepad controls but nothing for the two flight sticks that operate with the Xbox 360: the Saitek AV8R-02 and the EDGE HOTAS.

That said, I love the AV8R-02 stick. It just works and feels so much better then a gamepad for this type of game, especially in simulation mode where you have to trim your aircraft, avoid stalls, and deal with real-world flying techniques.

Gameplay was a mixed bag at first. While not expecting a flight simulation to rival PC titles, I was expecting IL-2 Sturmovik: Birds of Preyto be more simulation than it is. There are three modes — the expected Arcade mode; Realistic mode; and Simulation mode.

Arcade mode gives you an easy flight model, more damage for you and less for the enemy. It also gives you unlimited fuel, ammo, and re-do’s. Arcade mode also gives you radar with friend and foe highlighted, along with target information. It gives you labels, and gives you arrows on where the enemy or mission is. This is great fun no doubt, but the screen is overly cluttered, and the missions are just excessively easy. The included campaign is designed for this type of play, and do not really work well in higher levels of difficulty.

Realistic mode is a step above arcade. You still have the labels, markers, unlimited fuel and ammo, but the plane’s flight model is truer to a real plane’s characteristics, and you do not have the auto lead gunsight.

Then there is Simulator mode. I thought simulator mode was the one for me but I cannot even pass the required tutorial to use it. It gives you a truer flight model, takes away all your helpers, but still gives you a huge number of weapons and fuel. Why? Because you need all of them to complete the type of missions the campaign dishes out. Therefore, simulator mode is not exactly what we simulation gamers had hoped. The problem with simulator mode is not the flying or fighting for me, it is the situational awareness and the inability to find your targets. 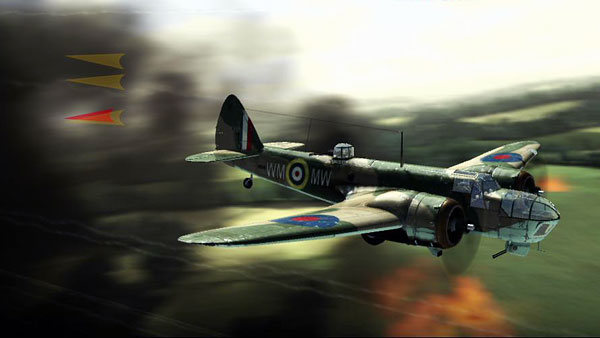 You are not alone in this game. Most of the time you are a squadron leader of a flight of four. You use the D pad to give basic orders to your squadron like rejoin, cover me, attack, attack objective. It is simple, but works well.

Click here to view a Flash screenshow of the various game menus and setup screens.

You have nine tutorial missions that are well done with voice over and HUD instructions. Only the first three missions are required before you can play the game:

Then you have six optional training missions:

You have to do each of these in order to unlock the next mission. They are all very well done. Therefore, before you ever start playing in realistic mode or simulator mode, you have to succeed in all the training tutorials.

Click here to view a Flash screenshow of the Tutorials.

Now I do not know why it is called Training. “Training” for me is the tutorials mentioned previously. However, according to IL-2 Sturmovik: Birds of Prey, Training mode is really what sim fans would call a quick mission editor. You can select anything and everything. Pick your plane, your enemy, air cover, air support, location, time of day, weather, and of course fuel and ammo settings of unlimited or limited. Most of the players I know will be hitting this mode the most. It lets you set up the mission the way you think it should be set-up. More than in arcade mode, realistic, and simulator mode. 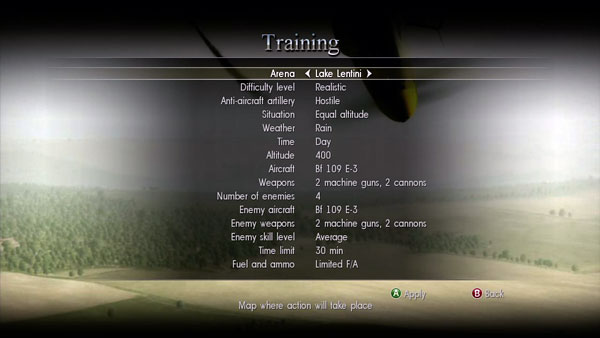 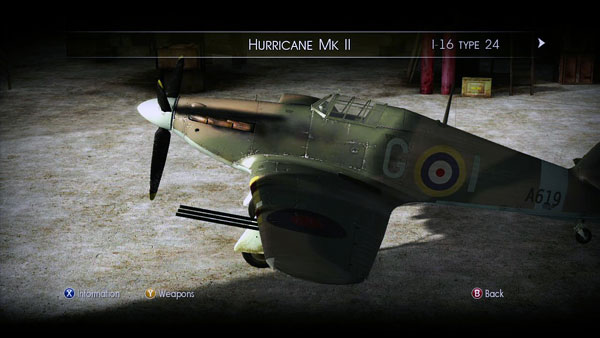