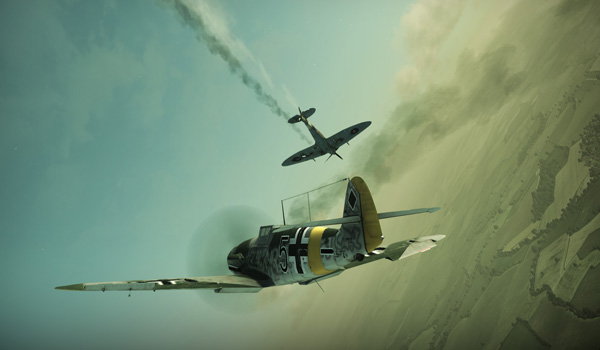 Gaijin announced on November 5th that the PC version of their successful console-based Birds of Prey, would be released at year-end 2009, and was available for pre-order through Yuplay. In this exclusive interview, I asked Kirill Yudintsev, Creative Director of Gaijin Entertainment and the Wings of Prey Project Manager about the new title. Click each image in the article to download the original file in 1920×1200 resolution.

Doug: Is Wings of Prey PC version a “game” or a “simulation”?

Kirill: Both. It is much more simulation than the console Birds of Prey, but it is still the game — you can win or lose and it’s supposed to bring fun more than to train WWII pilots.

Doug: What audience are you planning to attract with Wings of Prey?  Is it intended for the occasional flier, flight simmer, or who?

Kirill: We are proud that WoP is more attractive for the occasional flier then most of other flight sims. That is because we have spent time and worked hard on the tutorials, hints, balanced gameplay in the campaign, and so on. But in further perspective, WoP is for simmers. They can get much deeper into the game.

Doug: What are you most proud about including in the PC version that you wanted to include in the first console version, but were unable?

Kirill: There are a several things like that. Most significant are:

Lots of new multiplayer features — like join-in-progress or migration host, which are increasing important to the player experience, and keeping online sessions alive.

Another example is the “replay” feature — the player now is able to record a single or multiplayer mission and view it from different points-of-views, or save it and send it to friends for playback.

The NaturalPoint TrackIR™ views — much more detailed controls and more options of controlling the plane that were impossible on consoles and are exclusive for the PC.

Most of the buildings will become destructible.

There will be historically accurate tracers that provide a more authentic look of the battle, and help players in the Simulation level.

And of course, 10 times higher aircrafts details level — this level of detail will be highest in all games for a long time. 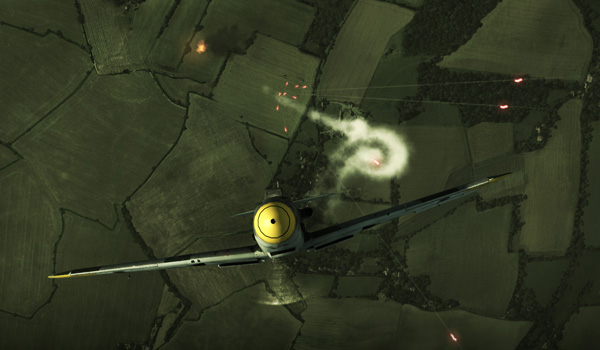 Doug: If someone has the console version, why would they want to purchase the PC version? (other than the obvious “to run on their PC”)

Kirill: There are three main reasons:

A more intense online experience, a much higher detailed simulation (and planes) and add-ons, which are planned next year.

Also, there are some PC-specific options — higher resolutions on better systems. NaturalPoint TrackIR™ and Matrox TripleHead2Go™ support, and up to 32 players in a multiplayer session.

And, of course, there is additional content in the game — 10 additional cockpits covering all attackers and fighters for Allied and Axis planes, and 10 more single missions.

Doug: Will there be a demo released before the shipping version arrives on store shelves in December?

Kirill: The demo will be available simultaneously with the release.

Doug: Will the PC version follow the same Arcade, Realistic and Simulation modes of the console?

Kirill: Yes, but they will be some differences. Simulation will be cockpit view only for all fighters and attackers, and player will be able to get more controls on each mode. Arcade mode is now also less “arcadish”.

Doug: Most SimHQ readers will spend their time in Simulation mode. Is it the same in physics and settings as the console version?

Kirill: There are a few changes and updates — both in flight and damage models. And cockpit-view is now cockpit-only view (no virtual cockpits). 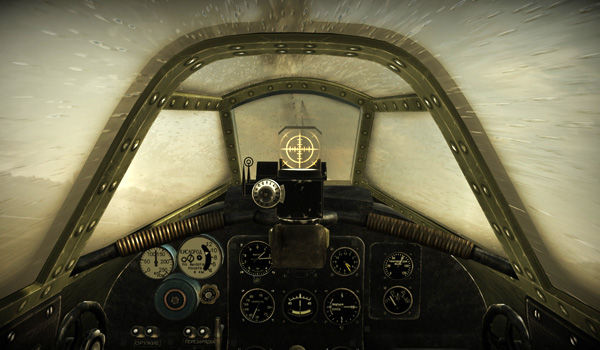