Doug: How do you determine what effect you’ll use in post-production and processing?

Cato: That really depends. If there is some specific “visual” effect I need, I bring the shot into After Effects. An example is the scene in the “Speed 2 Final Trailer” where the jet flies by and the window shatters. One thing I did differently with “Project 10” compared to my other movies is I darkened the entire movie a little with some contrast, but I also removed a little color so it looked a little more “washed out”. But the sim really looks a lot like it when you fly though!

Doug: How do you determine when to use camera shake, unsteady, in/out focus, etc.?

Cato: I usually let the scene “decide” if it should be wobbly, shaky, or what effect works best. Most of the time, I try to go for the “hand held camera” look in my movies. I simply hate it when the camera is dead static. In my opinion it really takes away the immersion factor. But I did get some comments saying “I hate the shaking” and “A hummer wouldn’t shake the camera like that!” and I went “The camera isn’t shaking. It is moving”. People need to know and understand the difference. But most people out there like it, and so do I. It can be a little extreme at times, but it can always be tuned. The in/out focus thing isn’t really something I plan very much. It really depends on the scene. But sometimes during editing I go “Oh ok, lets try it… and yes, it looks better, I’ll keep it!”.

Doug: Tell us what your single most favorite segment is in any video you’ve produced.

Cato: The single most favorite segment? Hmmm, this is a tricky one, because now after all this time, I look at my scenes and go “it could’ve been done in a better way…” But if I need to put my finger on one specific scene, I like the shot in “Project 10” where the plane flies towards the camera in, as described above, a “slalom fashion”. It really looks like a real clip, because of the dynamic movement of the plane. I also liked how I made it sound “powerful”.

Doug: Tell us what your single most technically difficult segment is in any video you’ve produced.

Cato: The funny answer here would be “getting the AI to do what I want them to do!” But again, for some scenes, there are bigger challenges than others, because of the action, timing, editing, everything has to fall into place. I spent a ridiculous amount of time on the intro for “Project 10”. But that aside, I would have to say the scene in “Speed 2 Final Trailer” with the jet smashing the window. First I needed to get the timing 100% dead on. Then I actually had to “create” a window that “explodes”. So I took a still shot of a window from the building in the sim, brought it into After Effects and created the effect. Then i had to “place” the window onto the footage and match it perfectly with the angle and color and so on. And at that time, I simply couldn’t get my head around on how to “copy” that effect to multiple windows, so I got frustrated and just kept the one smashing window.

Doug: What do you think of the “Ken Burns” effect of panning across a still image to invoke motion? Is it effective for you or is everything you shoot already so animated that there is little value in that technique?

Cato: I haven’t used it much lately, but the effect is evident towards the end of “Project 10” with the sunrise. It’s not so much a “panning effect” though. It’s more like a slow zoom and a minor tilt. It’s a very simple but effective way to bring some “calmness” into the shot. It makes it look peaceful. This is actually one of the effects I don’t want to overuse.

Doug: Tell us your single most “lucky to get” segment in any video you’ve produced. The video segment that you might not have realized was as strong as it is until you viewed it after the shoot.

Cato: One scene immediately pops up in my head from my dogfight movie “Speed”. There’s a scene where I am flying the Su-27 and diving towards the ground, almost stalling actually, and I pull up and barely miss the ground. At the same time, I am popping flares and a missile almost hits my plane. During the first “take” on that scene, I placed the camera so the missile whizzes by really close to the camera and you can see it hitting the ground and my plane climbing and popping flares. It was a lucky take right there and then but the scene turned out to be awesome.

Doug: How beneficial and effective is your YouTube Channel in promoting your work?

Cato: It’s quite nice actually, people can contact me, asking questions and so on. Maybe I am just waiting for someone to “notice me”. It’s a hobby these days of course, but I wouldn’t mind getting more out of it. 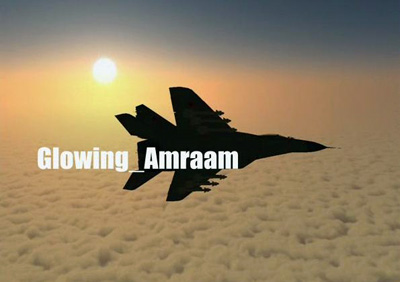 Doug: Have you ever thought about doing training sessions and selling them to customers? There are a lot of budding video artists out there.

Cato: I’m not sure I have so much to “teach” fellow movie makers. If it’s about learning the editing software, there are tons of tutorials out there that can explain things probably easier than I would! When it comes down to the “editing style”, then this is simply something each and everyone has to figure out on their own. They have to sort of find out “what works for them” and what doesn’t. If we are talking about making movies using Eagle Dynamics products, I can of course help out by giving tips and advice on “how to do things”. But one key element here is really important — be creative! Look at videos on YouTube and try to “copy” what you see. How the camera moves in relation to the object in focus, and other aspects. This is how I basically learned it. Take a formula that works, and “make it your own”.

Doug: In closing, how can someone get in contact with you?

Cato: For those wanting to know more, or if anyone has any other questions they want to ask, feel free to contact me at my “Glowing Amraam” YouTube Channel. You can subscribe to it and that’s where I keep all my projects to view.

A listing of “Glowing Amraam’s” videos is here at the Eagle Dynamics Forums.