Austin, Texas, is a picturesque town. Besides being the capitol of Texas, Austin has long been a host to tech companies including a huge concentration of game developers. TK’s Third Wire Productions is located there, among other well-known game companies. Back in the late 1990s the Electronic Arts subsidiary Origin Systems was also in residence. Simulation fans may recall it was the home of Jane’s Combat Simulation’s “southern” operations. The Hunt Valley, Maryland operations of JCS was to become the home of Jane’s F/A-18 andJane’s F-15. The Austin team, recognized for the Longbow and Longbow 2 series, was known as the “Origin Skunkworks”. 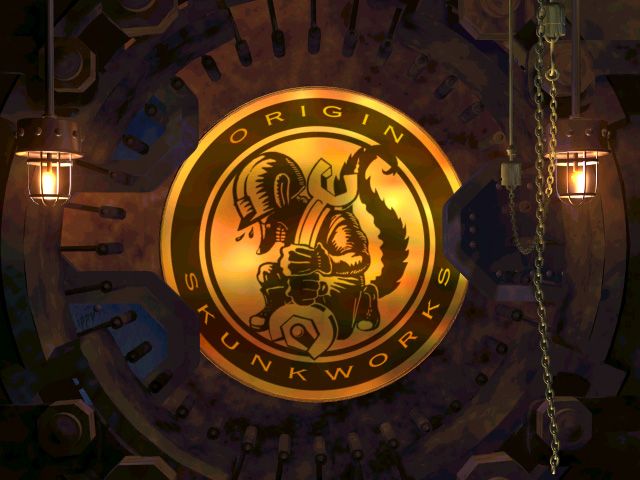 As the Longbow 2 project and add-on was winding-down, the team started directing their thoughts to the next project. It was at this point that I became friends with one of the developers, who invited me to the Austin offices of Origin and JCS. Besides being a sim fan, I was also a big fan of the science fiction series Wing Commander, and the non-sim but very fun Strike Commander. Going to Origin in Austin for a visit was to me like a kid taking a holiday at Disney World.

Perched on a hill after crossing the Pennybacker Bridge over Lake Austin, the glass-encased, modern office building added to the charisma of 1990s Austin. While the purveyors of doom were warning the flight simulations heyday was coming to a end, that it had crested and was on the slope downward, the offices still conveyed a feeling of excitement — at least for me. Perhaps I was so awe struck and overwhelmed that I was *there* at the location where Longbow was created that I, like a lot of flight sim fans, was in denial about the indicators that flight sims had peaked and were starting to wind back down in activity. 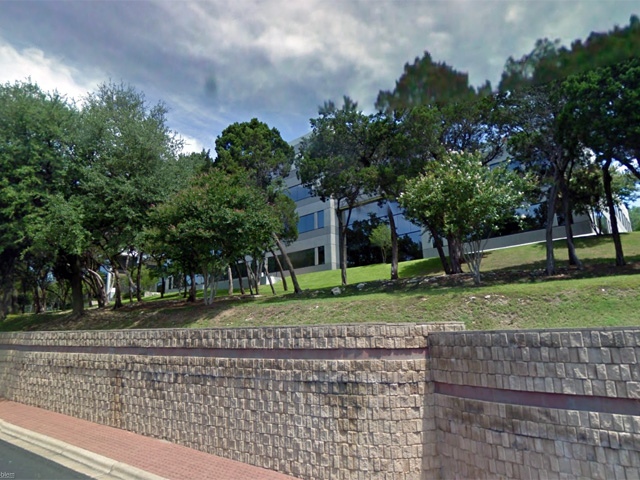 This was actually my second trip to the JCS offices in Austin — my first visit having taken place a few months previously. After 12 years there was one thing I still vividly recall about the first visit. On the outside of each developers office doorway was a picture, or pictures, of what each of the team member wanted to do “next”. There were A-10 Warthog photos, some F4 Phantom photos, some Harrier photos (image a JCS Phantom or Harrier sim) and a few other planes. My contact was among those who had the Warthog prominently displayed.

Arriving for the second visit, I was directed to pull my car into the parking area under the office building. Relatively empty except for the exotic sports car of “Lord British” and a few other vehicles, parking was not the problem it seemed to be on my first visit. I entered the foyer area with the typical smiling, attractive receptionist, who was surrounded by various displays of Origin and JCS products, awards, and memorabilia. After a few minutes I was met by my friend, and taken to the floor where it all happened.

After a guided tour (“here is where we do the 3D…”) he led me to his office where I got an opportunity to do an ever-so-quick hand’s on that lasted a few minutes, until it locked up solid. Even though this was pre-alpha and not a hint of the flight physics were set, it still flew like a plane with big thick wings. Graphically, it was all 640×480 back then and the terrain was a bit “runny”, but the rolling hills were there and you could fly nap of earth.

One thing was working and it was something my host was proud of showing — the multi-colored flares. This was real gee-whiz stuff for its time. He mentioned the concern for taking the small map of Longbow that fit a low and slow attack helicopter sim perfectly, and trying to stretch it out to accommodate a fast moving ground attack jet aircraft.

Familiar to Longbow fans was the “base”, modified with the hogs sitting in a prominent position. 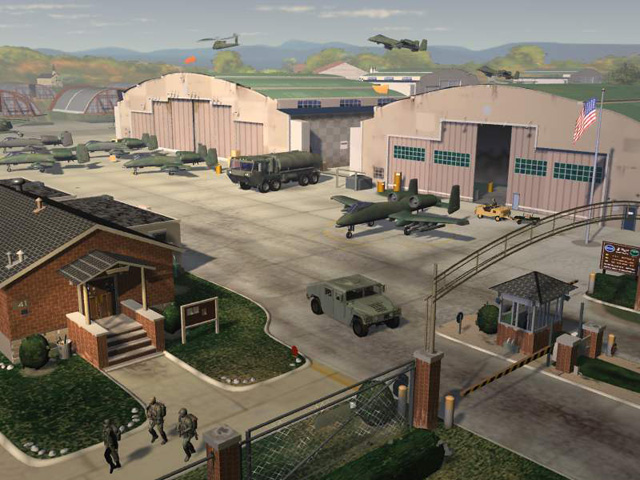 Any fan of Longbow would know the A-10 map. And like Longbow, it included features that we drooled over at the time. FAC capability was planned. Check the image below. 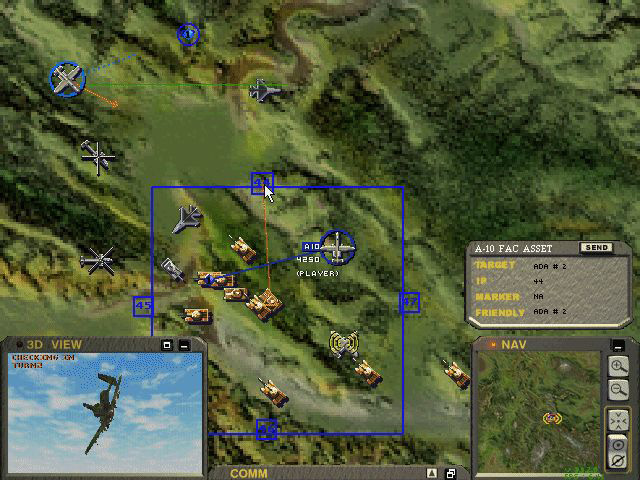 Jane’s A-10 Warthog made it to pre-alpha, and then the development was stopped. There are a lot of rumors about what all happened during this time, and I won’t repeat the ones I’ve heard because I’m not sure what is and isn’t accurate. An email to the planned beta team members advised it was gone.

By this time the promotional material was already being released. There was even a Jane’s A-10 Warthog subsite that featured several real-life video clips of the hog in action, a few CGI segments and pre-alpha in-game screenshots. 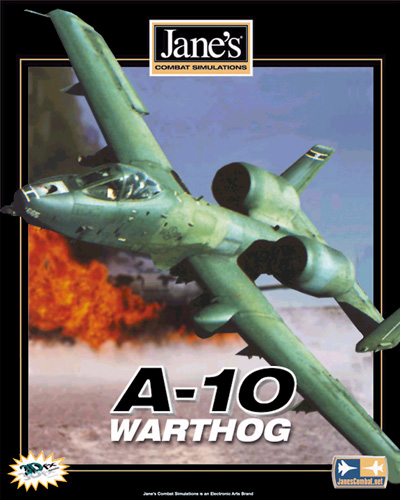 A packshot had been mocked-up (at right). Note the 3DFX and JanesCombat.net graphics on the package. There is a similar but different version for the European market that you can find atMigMan’s Flight Sim Museum.

The textual overview of Jane’s A-10 Warthog said:

Jane’s Combat Simulations presents tough ground combat support in the most feared and toughest fighter in the world, the A-10 “Warthog”. The main role of this aircraft is low flying attacks. With their 30-mm gun and a bullet-titanium A-10 cockpit promises exciting applications where the player must think quickly and react reflexively.