-or- We Need Money for the Revolution

I recently took a trip to Moscow to visit the 777 Studios team at our Moscow office where Rise of Flight is currently produced. As president and founder of 777 Studios I work with these guys every day utilizing all the technological tools available to me in the 21st century to remain in constant contact. We manage to have a very coordinated effort even with me being located in Southern California and they in Moscow. Technology has made such an effort possible and it’s great. My job is similar to other Western managers that have worked with Russian development teams remotely such as Matt Wagner of DCS and Ilya Shevchenko of IL-2 Sturmovik fame. Two people whom I have done business with or worked with for years and two dudes that I have great respect for.

The purpose of my in-person visit was to finally meet most of these guys face to face for the first time and discuss our future direction forROF and as a company. Meeting some of the team for the first time is a wild idea since we have worked so hard together for over two years now on Rise of Flight with such great cooperation. Luckily, such a visit was not even necessary until now. I count that as a good thing. I have gotten to know my brothers in arms only through phone, text, email and video, but yet I felt as though I knew then like any other co-workers I have ever worked with. The ROF Team is a very talented group of professionals that have created one of the best flight sims ever for the PC. And I say that with complete confidence knowing what kind of dedicated, crazy smart young people are behind it. It’s a little difficult to grasp by reading the arguments on the forums of exactly how talented these guys are, but once you sit down with them and look at the code and listen to their technical explanations for things, it becomes clear that this team is something special. Call me biased, I don’t care.

Before I go on to talking about the team I want to say a few things about the city of Moscow and Russia itself. I have traveled a bit the past few years and I have spent considerable time in China, Hong Kong, Taiwan, Mexico and Germany. I don’t consider myself a great traveler, I actually get homesick quite easily, but this trip was special to me. As millions of American families who lived through the Cold War can attest, the Soviet Union was viewed as a “godless evil empire” that aimed to wipe out America. Sure that’s the simple way to look at it, but my father (Vietnam Air Force veteran), grandfather (aerospace worker building bombers) and even I (4F) at one point was willing to devote all our energies to defeating international communism in the name of freedom. An imagined threat or not, the Cold War was for real and would have made a trip like mine impossible. Boy how things have changed in a single generation.

I found Moscow to be a collision of the old and the new. The city had a certain energy that was electrifying. Luxury cars and traffic jams were all too common and parking was simply impossible even by New York and San Francisco standards. With such a developed automobile culture it sometimes felt just like home. I saw old Soviet built apartments next to new luxury condos and huge shopping malls as big as anything we have in the U.S.. As much as we like to see the Russian and American governments squabble over international politics, our people now share the common ideas of freedom and capitalism. I don’t see Russia ever moving backwards economically or politically. The young people I met were cosmopolitan, diverse, friendly and patriotic looking to better their country. Nor did they give a rip if I was American. In the Internet age the world is a very small place. 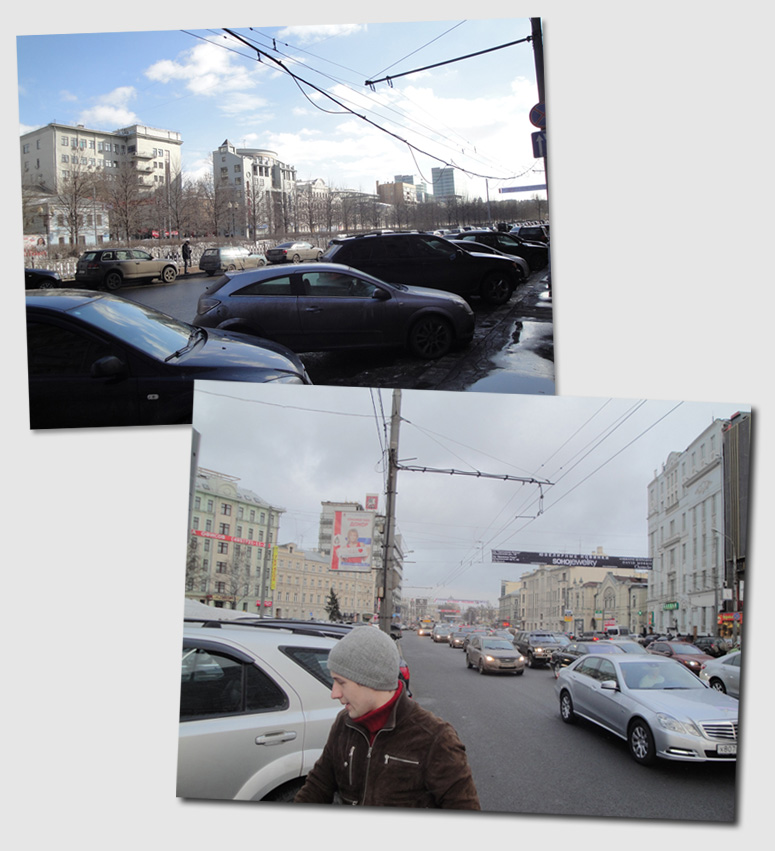 Moscow and Russia in general appears to be missing a coordinated plan to build the necessary infrastructure to allow international commerce to bloom in full. Sure, the gigantic car companies have figured it out, but for the small or medium sized American company to come to Russia and do business it is virtually impossible. Moscow lacks the necessary roads, bridges, parking, signage, zoning and logistics to allow for truly expansive business growth or for tourism to really flourish. I don’t think I saw a single road sign in English. Maybe this was to confuse foreign armies invading Russia? That’s a joke! I don’t know exactly why the infrastructure situation is the way it is, but some of it is clearly due to politics and lingering corruption. And I think some of it is simply due to a lack of experience in these issues. Moscow is the end all be all hub of Russian commerce, political power and culture. And I feel it’s choking on itself. Imagine if Washington D.C., New York and Los Angeles were merged into a single mega-city housing all political, business and entertainment industries. Then you would have what Moscow feels like. However, Moscow residents are aware of this and I feel they will eventually figure it out and de-centralize their industries and make their market more accessible to outsiders. Improvements will come with time and when the later generations who did not know the Soviet Union truly take over, a new wave of thinking will wash over Russia and they can reach their full potential. Hopefully as successful friends of the USA with shared interests. 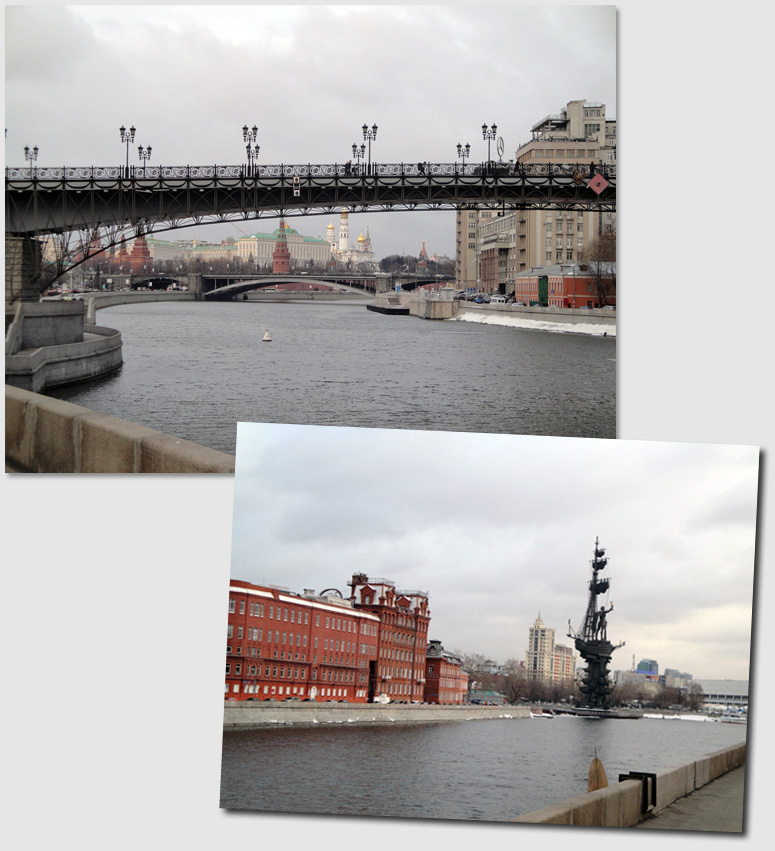 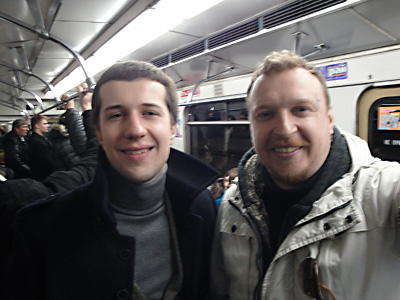 So when I arrived I hoped I would be picked up by a hot Russian supermodel, but, no, it was my 777 partners Max and Albert seen here on the Moscow underground.

A Visit to the Russian Bear

My Trip to Moscow Page 2

My Trip to Moscow Page 3

My Trip to Moscow Page 4