The final day of the “Igromir 2010” exhibition in Moscow. Oleg’s comments are under each photo. 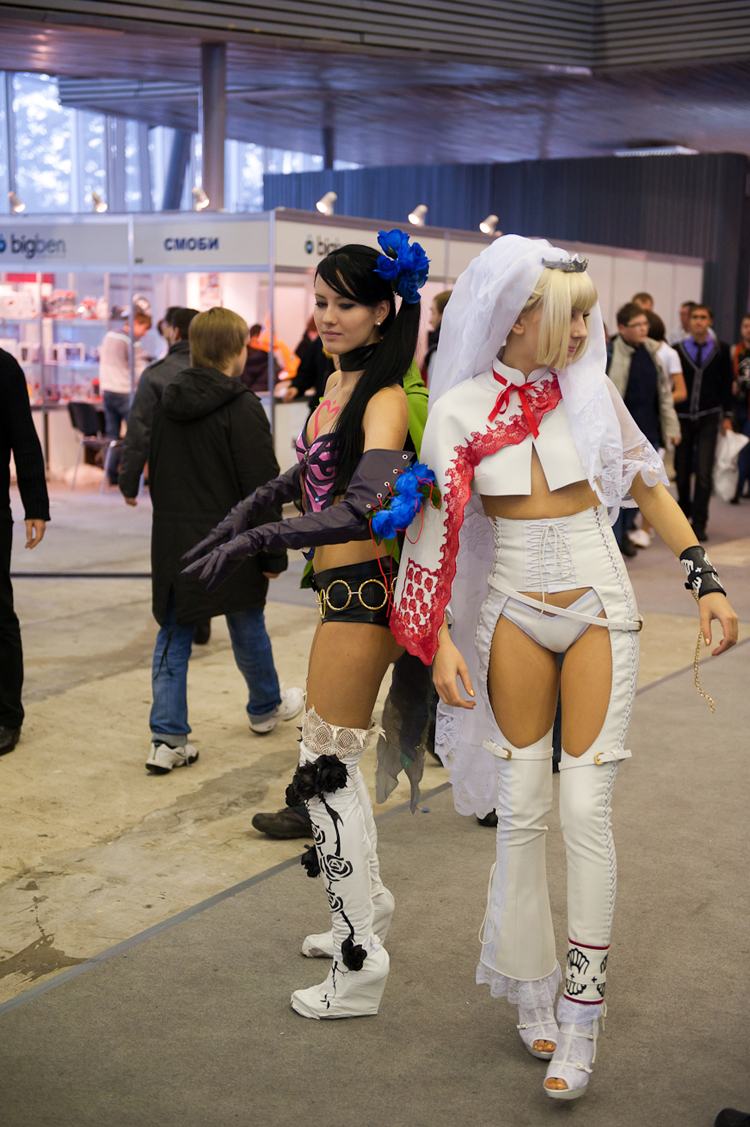 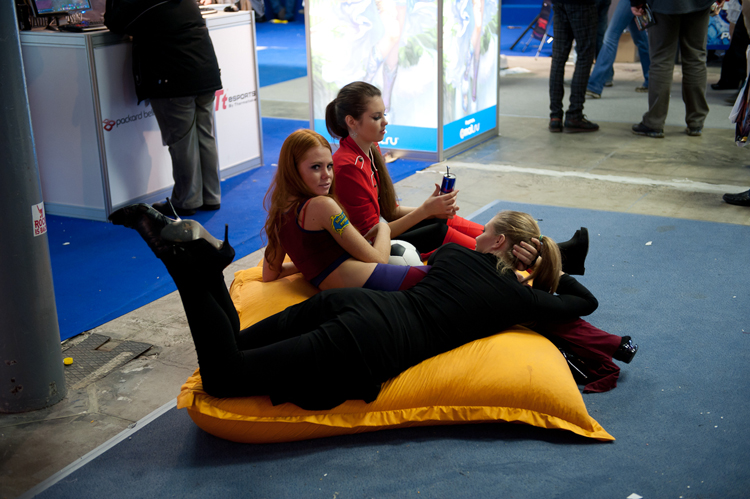 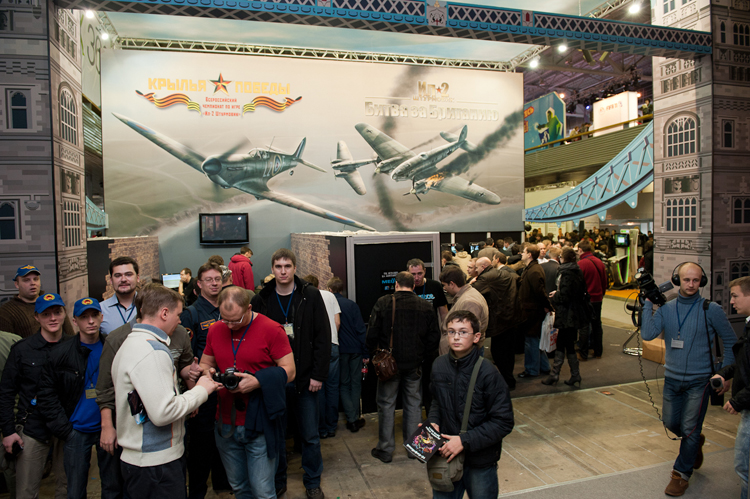 “Despite the last day of the show there were a lot of people in our booth playing Battle of Britain.” 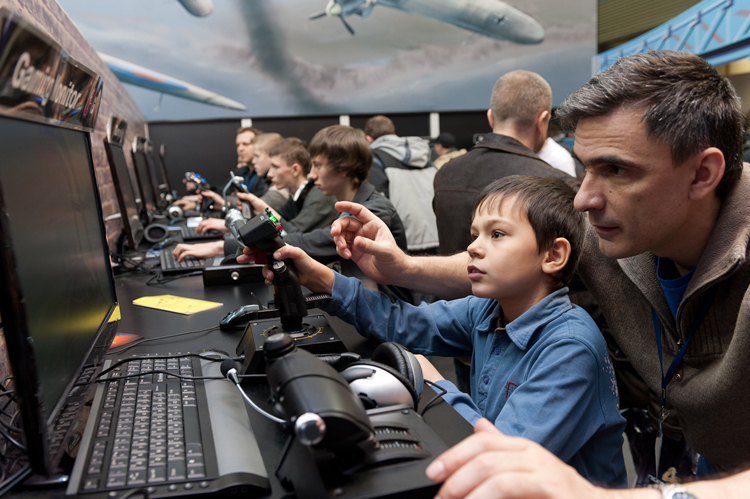 “The most little flight simmer of the day.” 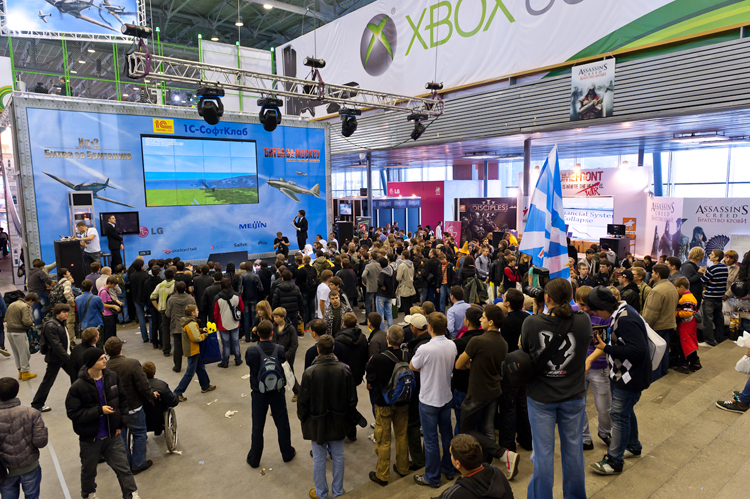 “Direct translation of the IL-2 National Championship final with the comments by the anchor.” 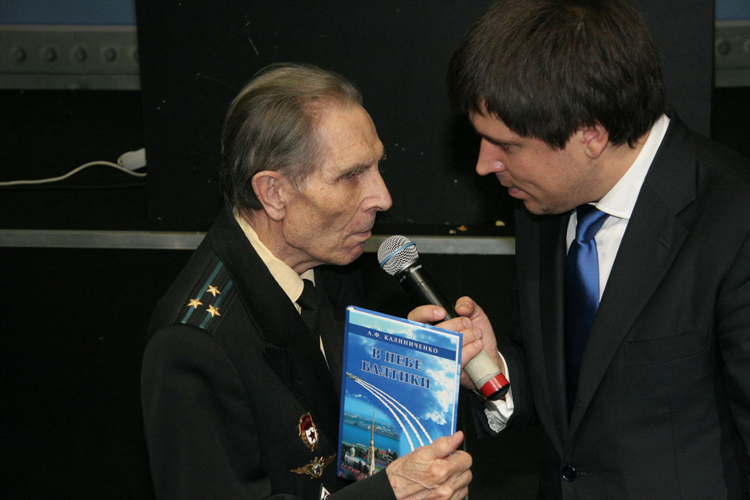 “A veteran of WWII, pilot A.F. Kalinichenko was invited to the final of the IL-2 National Championship. In his hand is the book (his memoirs) about the air war in the sky of Baltic Sea.”   Photo by Igor Panuta. 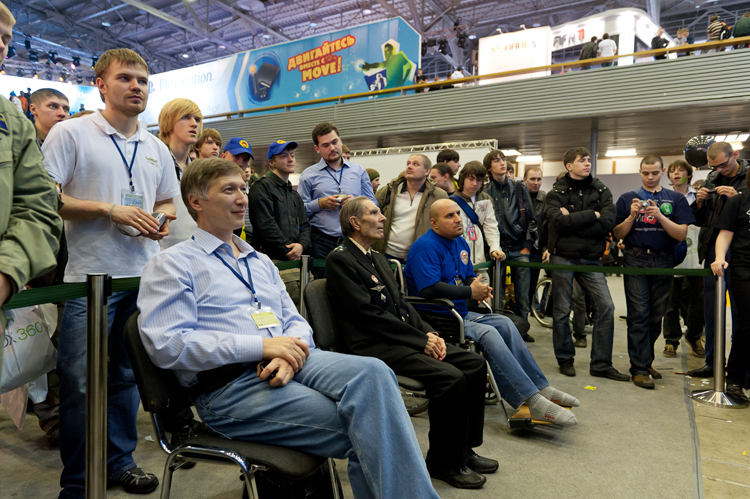 “From left to right: Myself, pilot A.F. Kalinichenko who is a veteran of WWII, and well known Russian fan of IL-2 sim.” 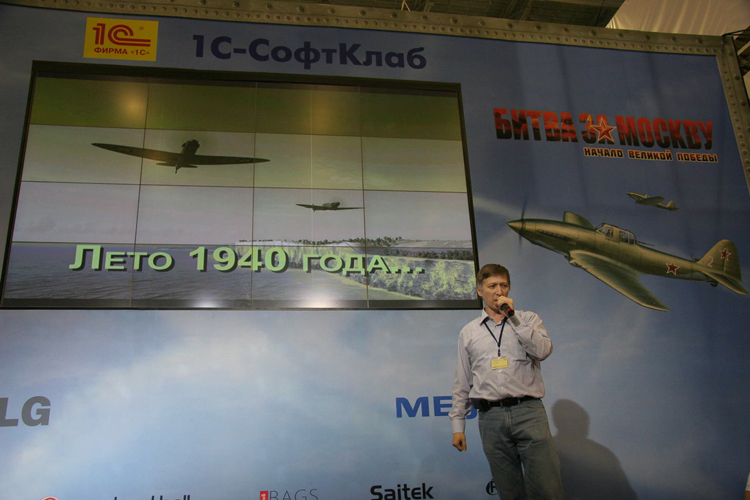 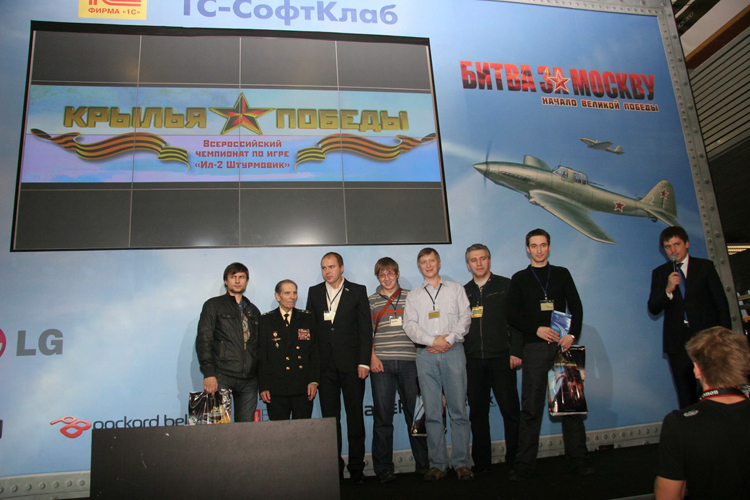 “Final photo for memories after the IL-2 National Championship and presentation with prizes.”  Photo by Igor Panuta.

Oleg’s closing comment on today’s report, “Here are photos of the last day, and I’m going to sleep for 25 hours.”  🙂

Thanks Oleg for providing readers with “on the scene” images and commentaries from the exhibition, and goodnight!

Watch for an extended interview with Oleg about the Storm of War series and Battle of Britain appearing soon on SimHQ! If you would like your question considered for the interview, submit it here. Not every question can be answered, but we will try to get as many as Oleg has time to answer.

The SimHQ Storm of War Discussion Forum is here.

Q&A with Oleg Maddox on “Storm of War: Battle of Britain”

Q&A with Oleg Maddox on “Storm of War: Battle of Britain” Page 5

Q&A with Oleg Maddox on “Storm of War: Battle of Britain” Page 7

Oleg’s Battle of Britain at Igromir 2010 – Day 3
Medal of Honor vs. Call of Duty: Black Ops