The Lowland Tiger Meet was only a month away when Jan “Ice” asked the Rise of Flight community to make their first attendance. I had heard about the event but had never been there, nor to anything similar, so I decided to go and take a look. In short, the LLTM is a big flight sim LAN event in the northwest of Europe, running for many years now.

I found Kim “Bender” joining me in my quest, and Thursday the 7th of April saw us packed up and ready to go. Some blankets and pillows made sure our gear survived the trip without a scratch, and a little more than two hours later we arrived in Ahaus Germany. To our surprise, our destination turned out to be a highly futuristic office and utility complex owned by Tobit Software, located on the outskirts of a picturesque village. Without wasting time we set out to do what everyone seemed to be doing: setting up their gear. As the only Rise of Flight pilots participating, we decided to set up a little demo table to give people the chance to try the sim for themselves, and to give ourselves the chance to see what the event was all about. 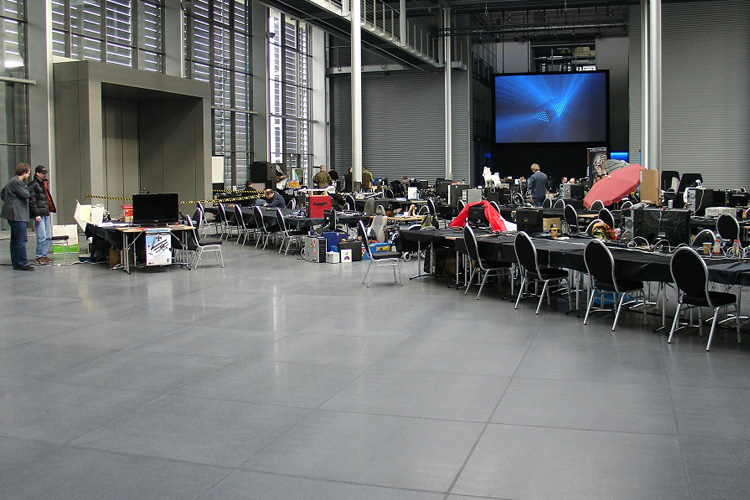 The biggest man-cave I had ever seen! 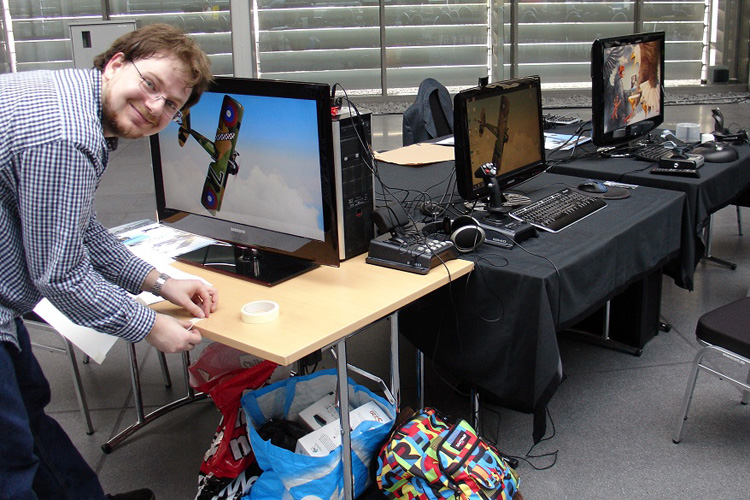 Making ourselves at home.

I had brought an extra monitor and we had both brought some books and posters to dress up our tables and catch people’s interest. This effort was dwarfed however by a concept entirely new to me: simpits. These pilots had gone to various lengths to bring their setup as near to a real cockpit as possible, some being close to no longer needing any of the in-game cockpit switches and indicators. An impressive feat, especially if you consider the complexity of an F-16’s controls. Those of you familiar with the idea may laugh at me, but as a newcomer I was thoroughly impressed! Our neighbor Wolfman was nice enough to let us both try his Falcon 4.0 pit. Bender even managed to get a few gallons of fuel into his tank in the refuel mission we played. I just lost the tanker and crashed. A whole different ball game and not at all easy! It was made even more embarrassing when Wolfman later turned out to be a very fair Fokker D.VII pilot. 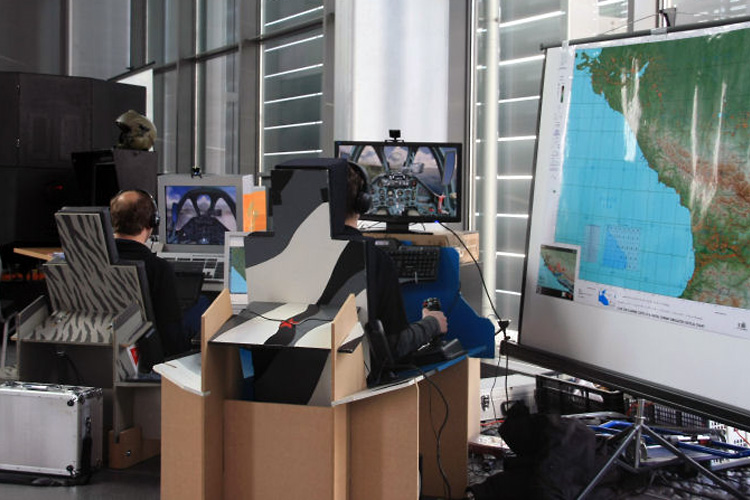 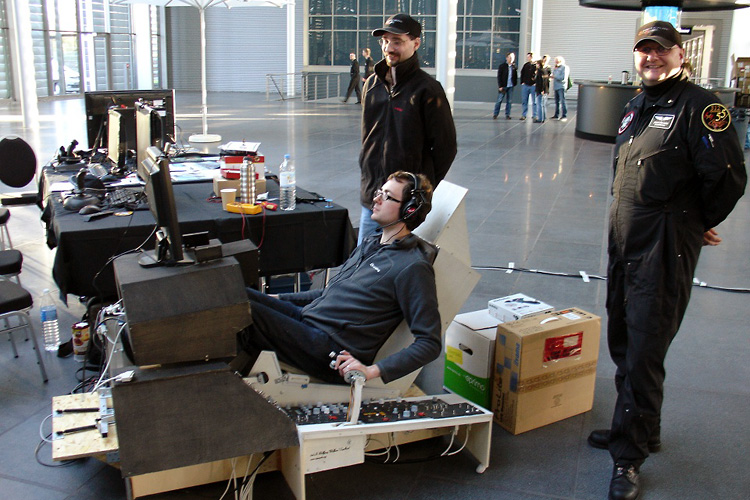 Bender focusing on the tanker, with the owner of the pit standing behind.

Top of the bill however, with the Cadillac of simpits, is SeBur with his infamous “Black Box”. Featuring no less than six monitors, more than 200 lights, buttons and switches, a sunroof, a fire extinguisher and of course a cup holder. This fiendish device made its debut at the 2011 LLTM after a year of construction. And nobody other than Bender himself was found flying Rise of Flight in it! “Giddy as a schoolgirl” seems the best way to describe the state of mind we found him in. 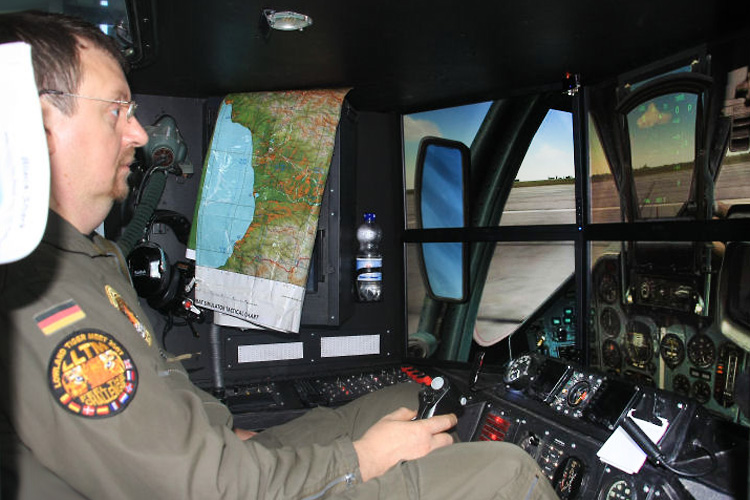 SeBur in his Black Box. 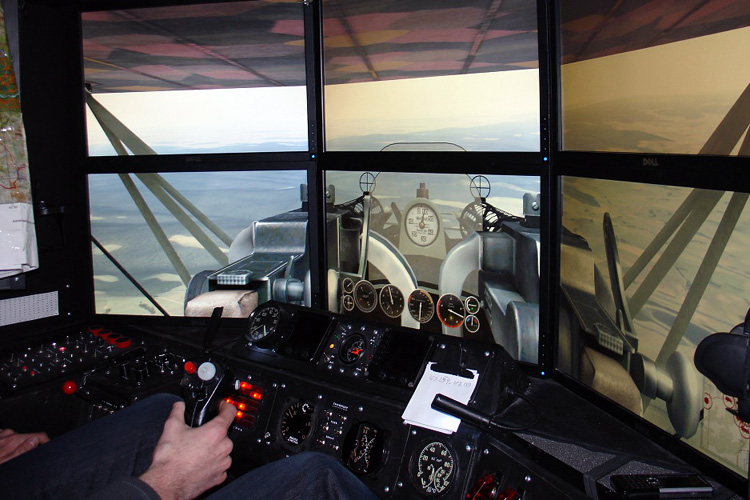 While we were enjoying the curiosity of the other pilots, they were mostly occupied with their own mission briefings and matches (and referred to us multiple times as “kindergarten”!). There were competitions for Falcon 4.0, DCS: Black Shark and IL-2 Sturmovik. After taking a look in the kitchen of the “IL-2 pilot skill competition” mission building and organization, it’s obvious how the professionalism plays a big part in the immersion and fun factor of these missions. And it definitely provided us with inspiration for our ambition to set up our own Rise of Flight competition for next year. 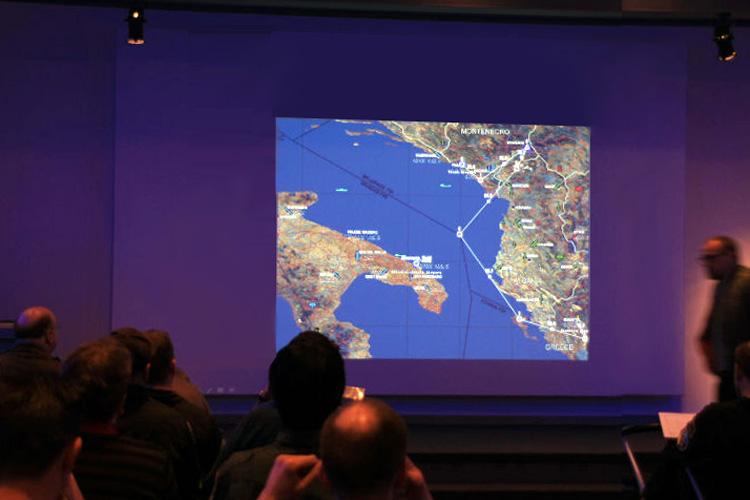 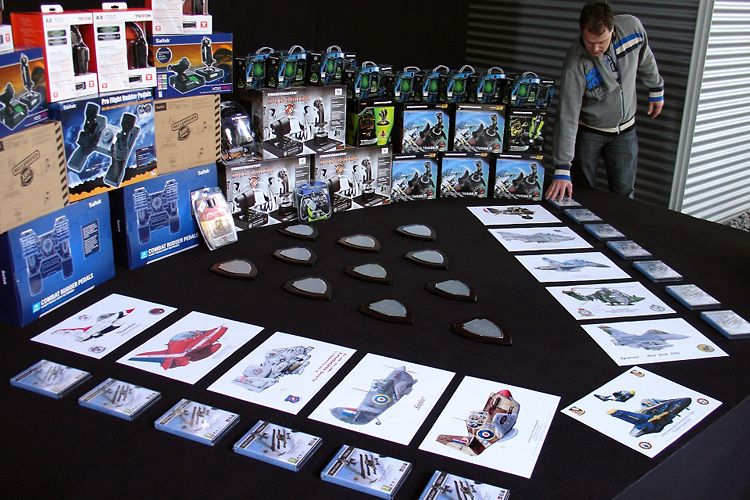 Ice setting up the prizes.