For fans of X-Plane the past few years have been an exciting time as ever more quality payware offerings have entered the market. In the past year we’ve reviewed the fantastic MBB / Kawasaki BK 117, the Piper PA-18 Super Cub, and the Tupolev 444 SSBJ. While add-on developers for the Microsoft franchise still have a leg up on systems depth and detail, X-Plane developers are rapidly closing the gap with innovative techniques and plug-ins that promise to bring even greater fidelity and realism to X-Plane.

In late 2009 Classic Jet Simulations released their incredible CF-104 for X-Plane and I recently had the opportunity to take it for a spin. The reason for the delayed review is that I was hoping that the author would eventually update the aircraft to include the rocket assisted NF-104 made famous by Chuck Yeager, but that project is still on hold. Available as a direct download through the X-Plane Store the F-104 package costs $29.95 USD and includes several liveries, online documentation, and a custom scenery package for Cold Lake airfield in Alberta, Canada. 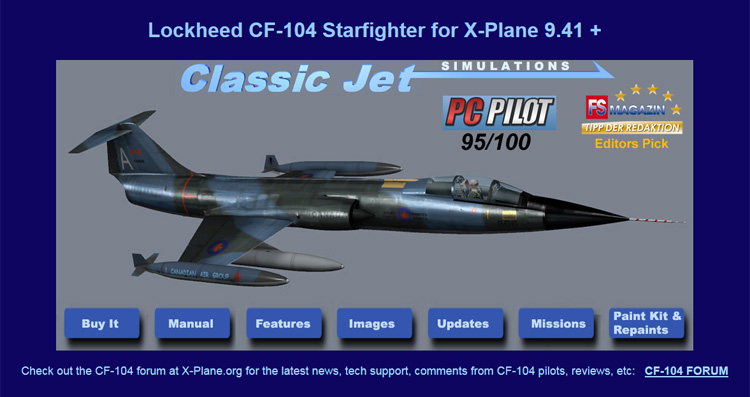 The 3D model of the F-104 is one of the most stunning to be released for X-Plane and the specular lighting and texture detailing are jaw dropping. You can almost feel the ripples of the skin as the light plays across the surface of the aircraft. Animations for the landing gear, canopy, and exhaust nozzle are extremely well done. Some custom items include bomb and fuel tank objects that can be dropped/jettisoned and a custom ejection sequence and modified drag chute. 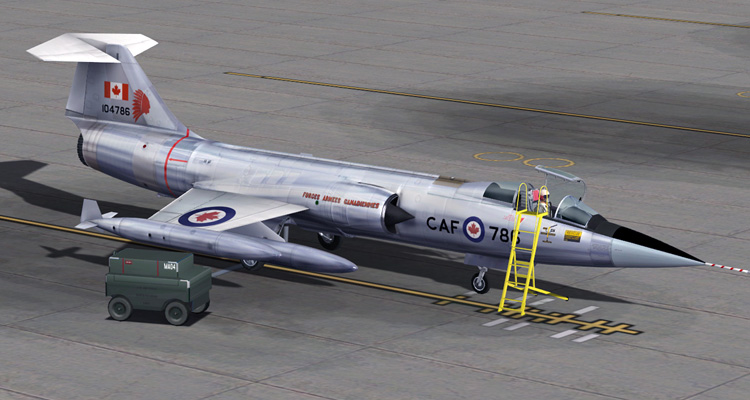 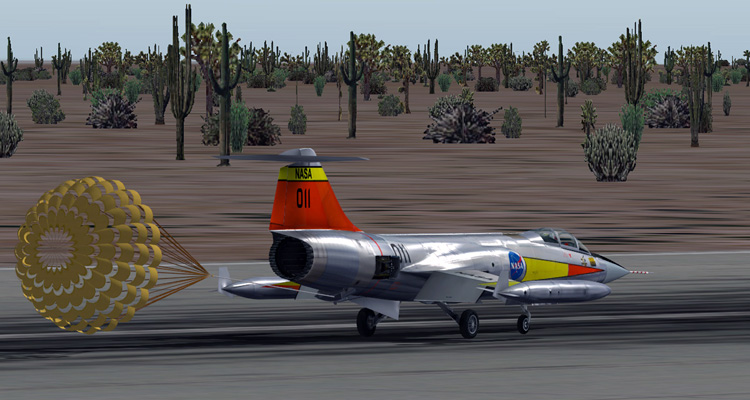 The author took the extra steps of writing special code to include a refueling truck and arming menu, as well as a fantastic GPU start cart that sounds incredible. The authentic sounds can be attributed to the author’s real life ride in an F-104 where he sampled the sounds and incorporated them into the development. The sound of the GE J79 engine starting is awesome and everything from the low idle whine to the roar of the afterburners is well replicated. 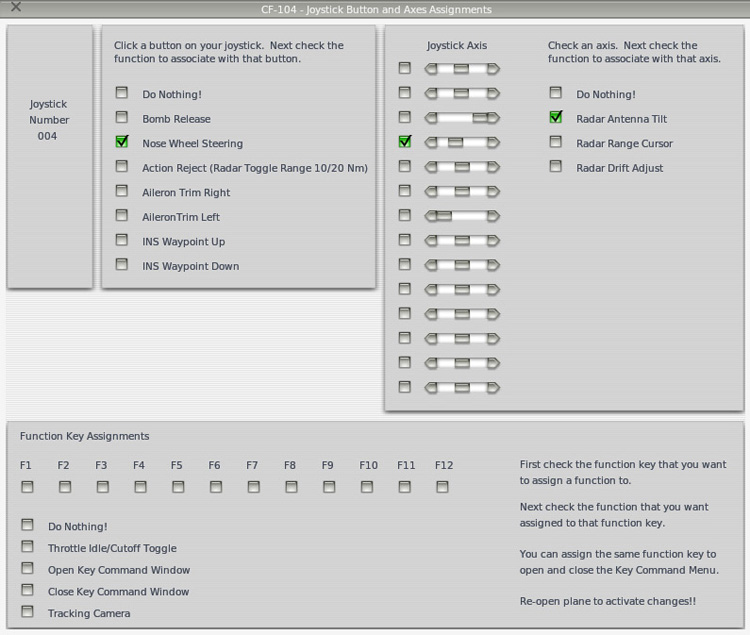 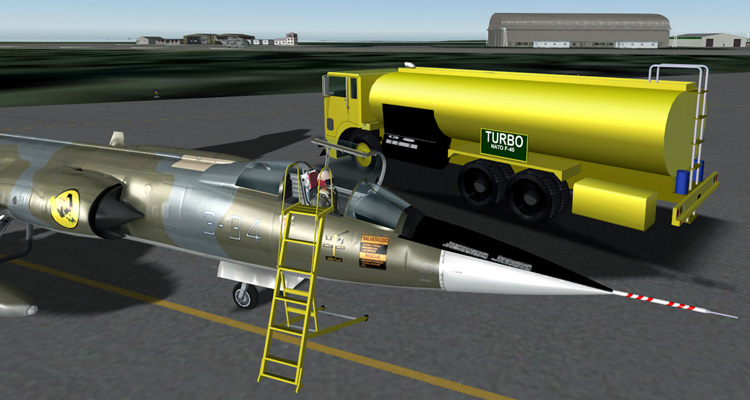