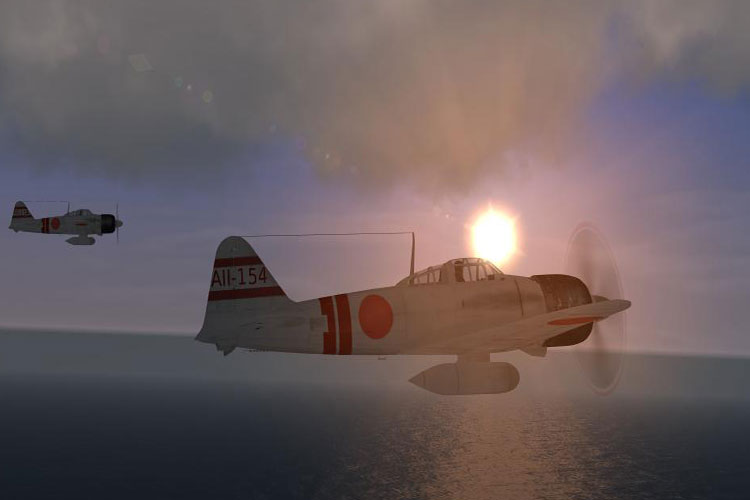 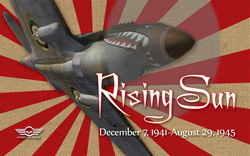 While the arguing over IL-2 Sturmovik: Cliffs of Dover continues, an add-on series of missions and aircraft for another World War II air combat sim was released that hasn’t received as much attention: Rising Sun – Phase 2.

“Zerocinco” and Hinchinbrooke released the first version of Rising Sun late last year. For those that didn’t read my review of the first installment, Rising Sun is an add-on for the venerable Strike Fighters and Strike Fighters 2 engine that creates an environment covering the WWII Pacific Theatre of Operations.

My review of the first installment was generally positive, only noting that the major problem withRising Sun was more related to the Strike Fighters engine and less due to the work of Hinchinbrooke, “Zerocinco” and the others that brought the theatre to life. In the first installment players got the opportunity to fly and fight over the first few months of the war, both as Allied and Imperial Japanese pilots.

Rising Sun – Phase 2, continues into the early to mid portions of 1942, a time of great changes in the balance of power in the Pacific Theatre. RS2 covers the time periods of the Doolittle Raids against Japan and the Battles of Coral Sea and Midway. As most of us know, these are the pivotal battles of the Pacific Campaign. Prior to these three battles, the Imperial Japanese Army and Navy had run roughshod over the entire Pacific with absolutely no setbacks. The British colonies in Singapore and Hong Kong fell, the Philippines were close to collapse, the Dutch East Indies were overrun and the Japanese military looked nearly unstoppable.

The Doolittle Raid, while tactically negligible in its results, was both a strategic and propaganda success that ended up goading the Japanese into actions which would result in later disaster. The raid by a few B-25B Mitchells flying from the USS Hornet lead to an overreaction by the Imperial Japanese leadership, and led to the attempt to secure a small island in the Pacific known as Midway.

Coral Sea of course was the pivotal battle that led to the abandonment of a seaborne invasion of Port Moresby and marked the first time that Japanese ambitions were halted in the Pacific. The U.S. losses consisted of one fleet carrier and another damaged. The Japanese losses were one light carrier and one fleet carrier damaged. While a tactical draw, it was still a strategic victory and a major morale boost for the Allied cause. 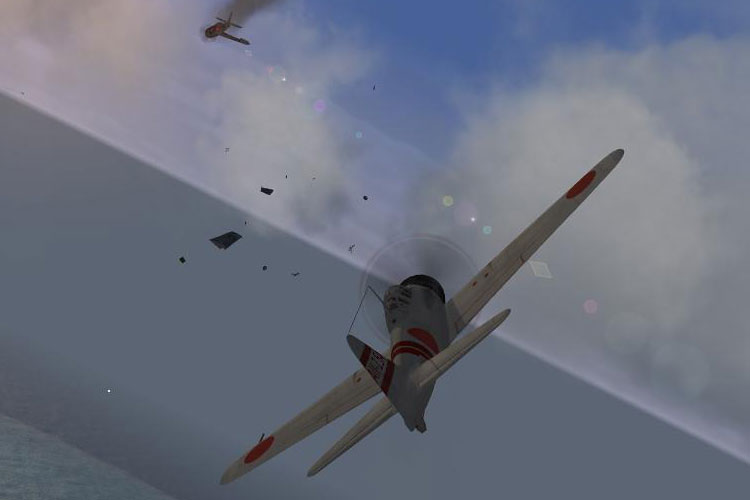 While the loss of the USS Lexington was severe and painful for the U.S., the damage that the Yorktown and the Lady Lex did to the air groups of the Shokaku and Zuikaku as well as the damage to the Sho herself meant that the Japanese had only four, instead of six carriers, available for the attack at Midway.

The whole war changed at Midway. Against four fleet carriers of the Imperial Japanese Navy (as well as one light carrier and one escort carrier covering the invasion force) the U.S. could bring three Yorktown class carriers to bear. The entire Japanese force had a whopping eleven battleships to the American’s none. The Japanese had experience, training and competence that the U.S. Navy had not yet matched. On paper, the Japanese should have easily handled the Americans. 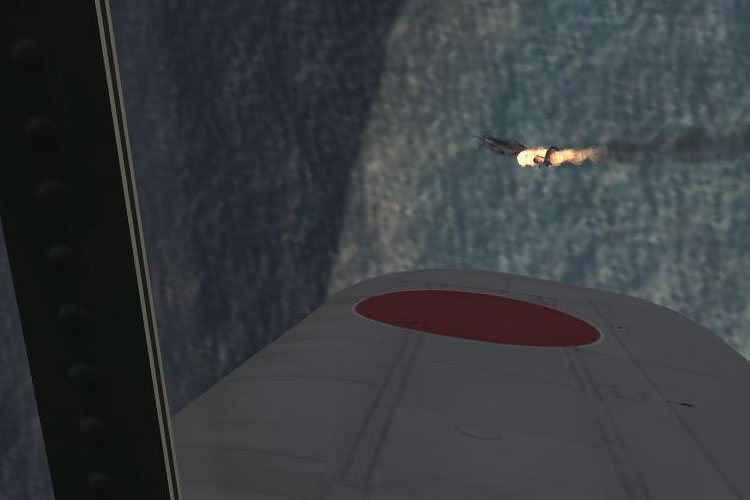 Of course, it didn’t work out that way. The U.S. was able to break much of the Imperial Japanese Navy’s secret code and had a very good idea of when and where the Japanese planned to strike. Knowing this, the American carriers laid in wait. In the aftermath of the battle, the Japanese lost four of their valued carriers to the American’s loss of the Yorktown. The balance of power hadn’t completely tipped to the Allies favor but it swung a long way toward their side. More importantly it was a crushing defeat of the Japanese Navy, something it had not known since before Tsushima.

Rising Sun – Phase 2 attempts to recreate the missions from these three major events. This meant that the team had to do some significant research into both the battles recreated but also the individual pilots, aircraft and their individual accomplishments. What they wanted to do was create a feeling of actually being in the pilot seat of these aircraft during their mission. Twenty-six missions were created covering everything from the first attack on the USS Lexington (which actually took place prior to Coral Sea) to the final attack on the Hiryu which ended any hope of the Japanese taking Midway. 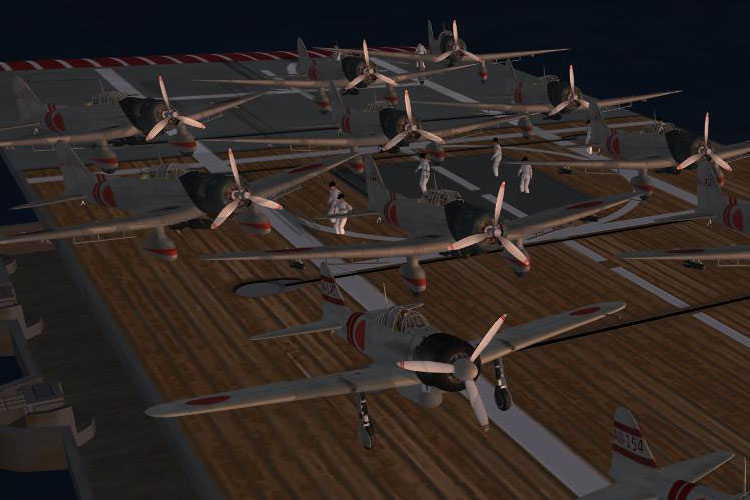