Using the excellent freeware Hawker Hunter for FSX, and the stock FSX London terrain, I attempted to recreate the Tower Bridge fly-through, just to see if I could do it.

Taking off from London Airport (now Heathrow) I had a straight approach to the Thames and my objective, coming in too fast on the first attempt but getting it right on the second one, following part of the Thames. 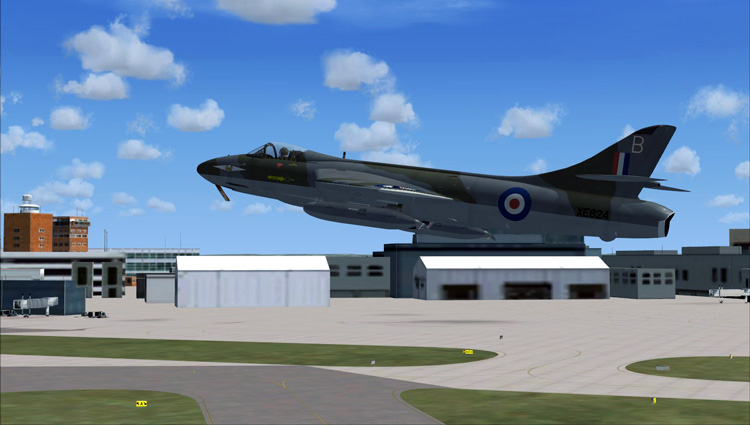 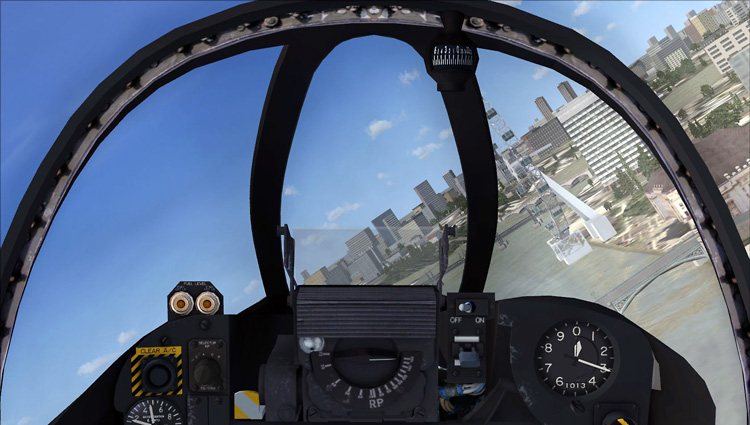 Millennium Wheel on your right, House of Parliament on your left 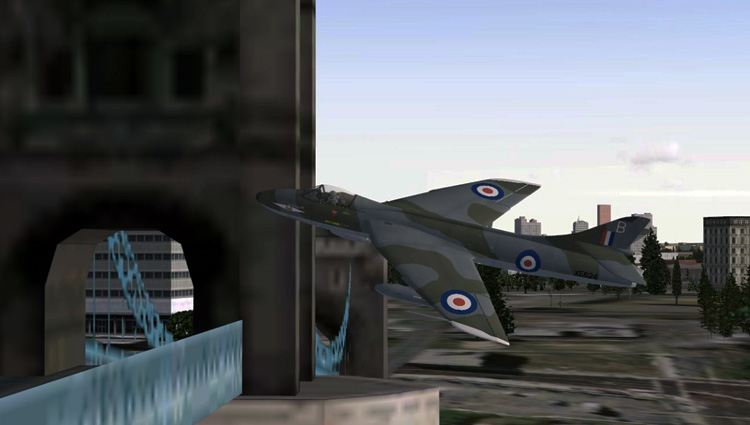 OOPS! An earlier attempt at the Tower Bridge 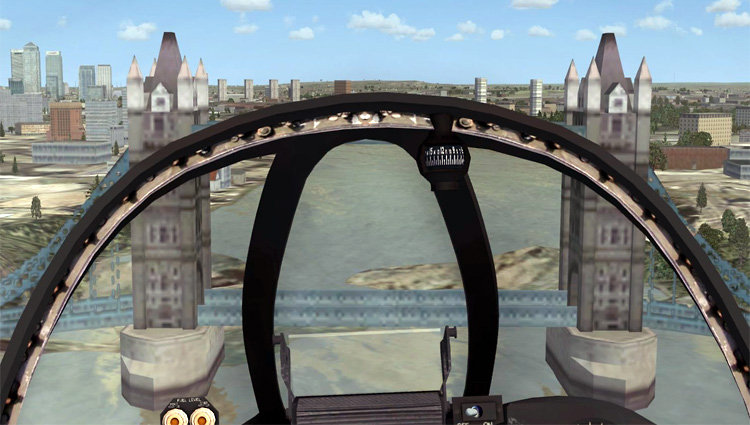 Later I went back and did another fly-through which I captured with FSX’ replay function and then I threw the footage into Windows Live Movie Maker for Windows 7. You will see my video chronology below from the internal and external views.

Some tall structures have been erected near the Thames in the years between 1968 and present day, but that should not serve as an excuse: My flying is not the best, I readily admit that I would not be granted with a rating as “exceptional”, well, perhaps if the rating also read “inept” or “erratic”. 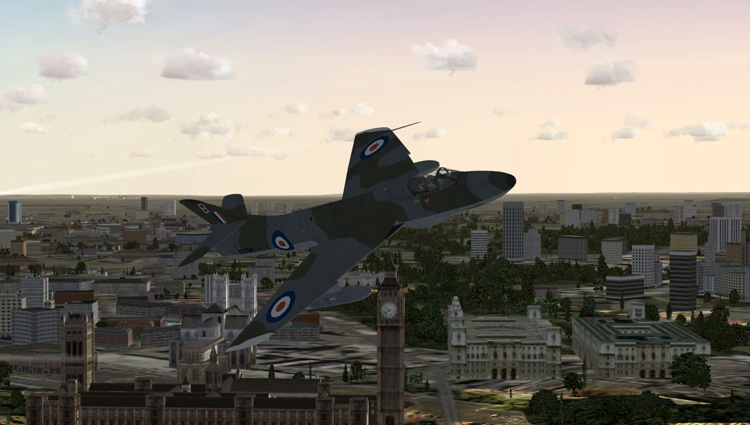 Buzzing past the House of Parliament

I did not wish to push my luck, so I passed the House of Parliament without performing the three circuits originally flown by Pollock, but the story was begging to be told, and I think that we should now all rise, throw our caps in the air and salute Allan Pollock.

Supermarine Spitfire Mk I – From the 19 Squadron. RAF Official photograph, circa 1938.

A dual-seat training Hawker Hunter – Privately-owned Hawker Hunter T.7 “Blue Diamond” (XL577, G-BXKF) of the Delta Jets fleet, at Kemble Airport Open Day, Gloucestershire, England, September 9th 2007. At speed during the air display. Blue Diamond was built in 1958 for the RAF, and sold to Delta Jets in 1996. She took 6 years to restore to flight. Photographed by Adrian Pingstone.