Few games have had as much anticipation as Ubisoft and 1C’s latest flight simulation, IL-2 Sturmovik: Cliffs of Dover. CoD (or CloD for some detractors) has been one of those titles that people have anticipated for years, and in this case for years and years. And years.

We waited through the seven years of development, but in our “we want it now, watch the microwave and yell at it to hurry up cooking our double bean burrito” world, seven years is a millennium.

Just like Falcon 4.0 had to follow a cutting edge classic like Falcon 3.x. While Falcon 4.0 was a quantum leap and hugely innovative overFalcon 3.0, it was buggy and took years to reach its full potential.

Likewise CoD has to live in its older cousin’s shadow. The IL-2 Sturmovik series is one of the very best flight simulation series ever made. While CoD is a major improvement in innovation, it looks like it may take a while before it reaches a fully evolved persona.

Additionally, with all of the verbal combat and angst that has occurred in flight sim forums all over the Internet, it is difficult to actually make judgment how good and bad the game actually is. It is made all the more difficult by the decision to put “IL-2 Sturmovik” into the name because it results in unintended consequences of direct comparison of the two titles. I will attempt to look at IL-2 Sturmovik: Cliffs of Dover as a standalone title and resist comparing it to its extremely successful predecessor.

There are multiple ways to purchase IL-2 Sturmovik: Cliffs of Dover. I decided to get the game via digital download on Steam. The game is also available in DVD at local retailers and directly from the Ubisoft’s web site.

Regardless how you buy the game, you will have to install the Steam application interface to play and update the game. There is no way to play the game without using Steam, so if you get heartburn over DRM schemes like Steam, then don’t buy the game. I personally like Steam so I don’t have any problem using it.

I do have a mild issue with Ubisoft not posting the Steam requirement on the box version of the game. Purchasers should know about all installation requirements so they can make an informed decision. Ironically, Ubisoft decided to further the confusion by including the reference to TAGES copy protection, which is dropped in the April patch. So, the box is doubly wrong in not mentioning Steam plus now mentioning a DRM the game doesn’t have!

Installation is reasonably straight forward (as you can see here and here). I had no trouble downloading the game and completing the installation through the Steam app. It went without a hitch. Of course, the hardest part is waiting for the completion. Even in these broadband days, the multi-gigabyte download takes a while. 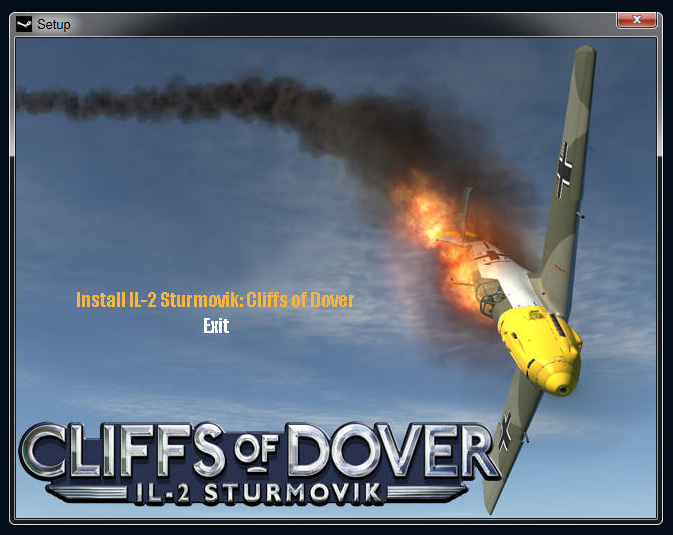 Setup is a little more complicated. You will have to spend a fair amount of time tweaking this game to get it to work on your system. My PC isn’t the top-of-the-line box anymore, but it is no slouch either. It can run almost anything on pretty much full settings, but it chokes onCoD. 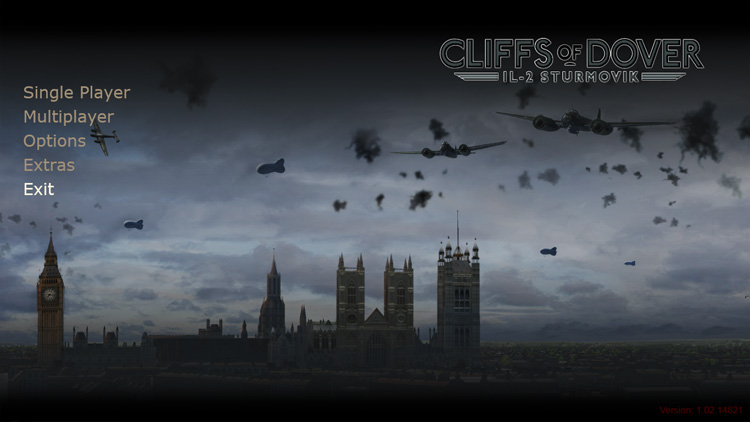 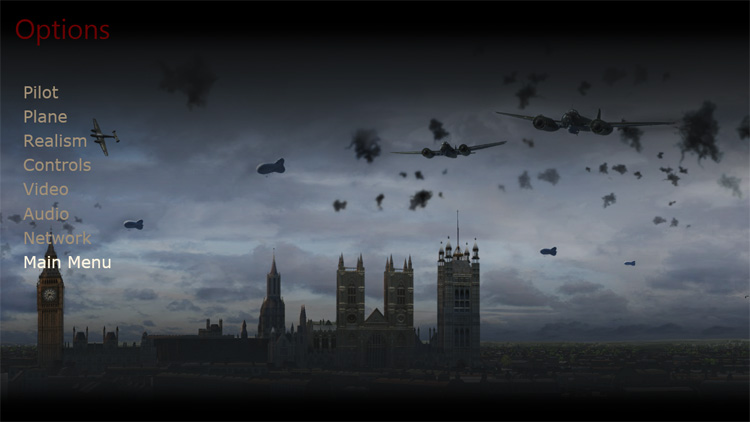 The controller options are complicated but comprehensive. You can assign multiple axis for multiple engined aircraft and peripherals such as TrackIR are fully supported. Intriguingly there are also settings for Ground Vehicles too, which shows perhaps some of the longer term ambition of the sim as a platform for future expansions. Turret controls for multi-seat aircraft are also included, and are set up a little clumsily by default. You will probably want to spend a significant amount of time in these options getting everything set up correctly as out-of-the-box many things are unassigned. 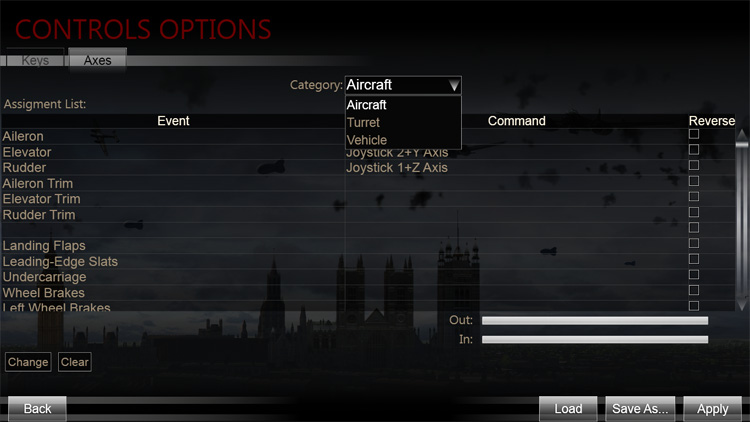 You can configure your pilot in various flight suits.

You have a multitude of options in the video setup screen to scale and adjust your game settings. It will default to the suggested settings for your computer’s capabilities. I have found that a mid to upper range computer with a capable video card produced in the past few years can run the game reasonably well with settings on medium, and the visual effects still look quite good in the game. However, to run the game in full resolution with all effects you will need a very powerful machine. You have many options to adjust detail levels in land, water, aircraft, and vehicle resolution as well as the number of trees and shadow and damage effects. 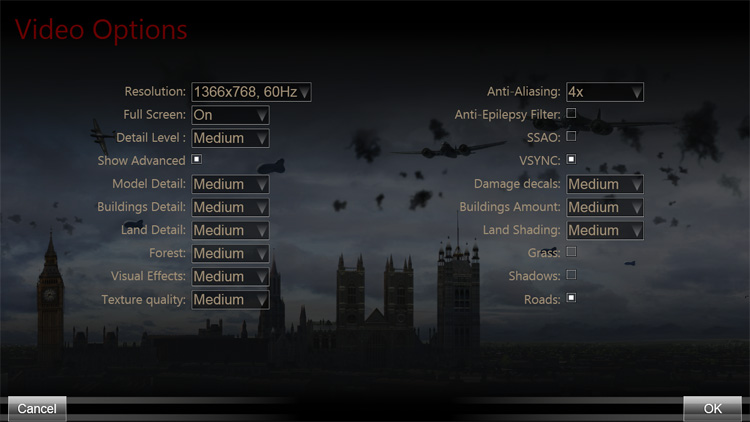 While these various settings will help people with less than ultra high-end computers run the game, make no mistake about this title — if you don’t have at least an above average computer, you will not run this game well. Even with above average equipment, there is still a problem with occasional stutters and slow downs. The game engine requires a lot of horsepower.