With some minor differences, game play is very much the same in Black Shark 2. The flight and damage models are remarkably similar, if not exactly the same. The Ka-50’s systems and weapons all seem to behave just as they do in Black Shark 1, although the cannon does seem to have picked up some effectiveness over the upgrade. The radio menu is a little different, but still uses a single button press to access. Of course, not every single undesired feature has been completely stomped out (e.g., landing gear still sticks to unimproved terrain) and there are some desired features still missing (e.g., working outside air temp gauge, dedicated server application), but gameplay is still overall quite fun and satisfying. Updates to the enemy AI (see below) make combat much more hazardous to your virtual health.

For the stick and rudder pilots out there, the auto-start cheat (LeftWin + Home) still works and now displays a text box telling the pilot how much time is left in the sequence. An “aircraft ready” message lets you know you’re ready to rock. Just be sure to give the doppler velocimeter more time to warm up before engaging the auto-hover, or you’ll get the dreaded “ahh-my-helo-is-rolling-over-on-its-back-and-oh-yeah-the-autopilot-lights-are-blinking-whats-up-with-that?” issue. 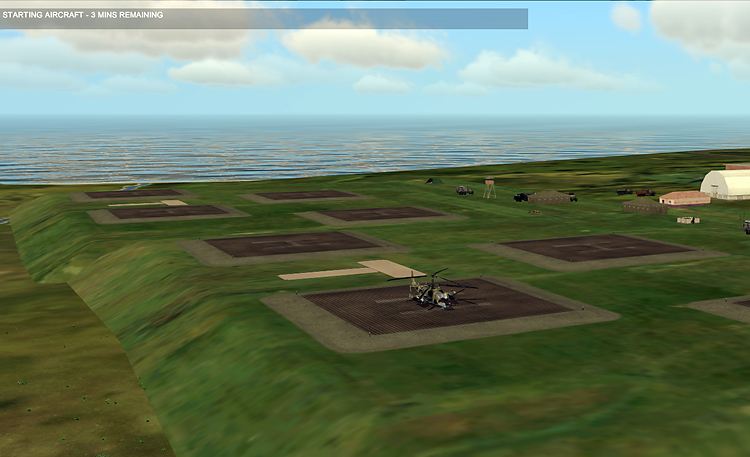 Enemy AI is now much quicker to detect and engage your helicopter and has significantly improved their aim. Enemy units no longer continue to march single file into certain death, attempting to scatter and take defensive positions when attacked. I wasn’t able to completely test out the new friendly AI, but I was able to takeoff several times without my idiot wingman running into me. They sure are chatty, identifying enemy units and blabbing on and on about missile away and running in this and engaged defensive that, but, just as with real wingmen, it’s better to have them be a bit talkative then not communicate what they’re doing. 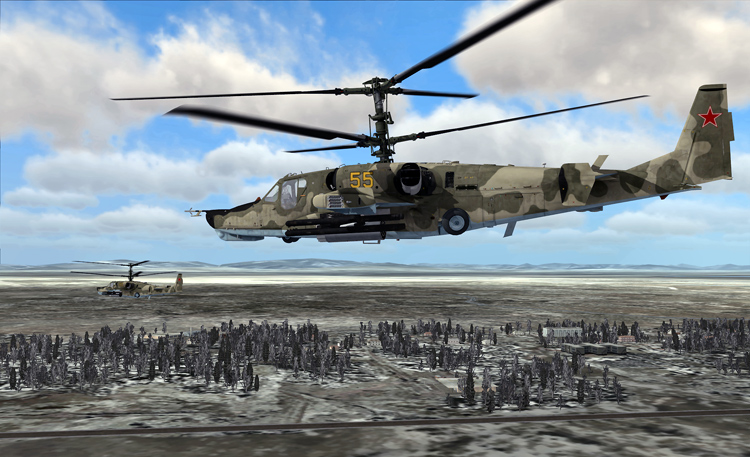 The updated Mission Editor from DCS: A-10C is incorporated into the DCS: Black Shark 2 package with some new units and feature upgrades. 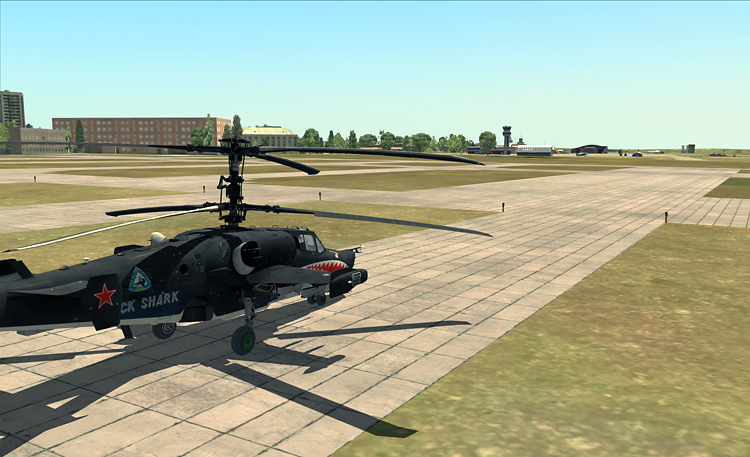 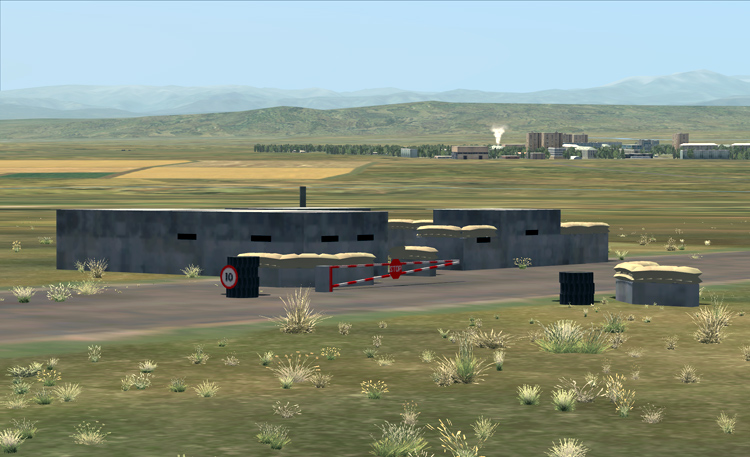 New structures have been added to the Mission Editor palette: this one shoots back!

Just as in DCS: Black Shark, there is a list of single missions that provide various types of challenges to the pilot. Campaign mode (just as in DCS: A-10C) dynamically links static missions together in a story-type mode that can be fun and challenging, especially if you turn off Invulnerability in your pilot’s logbook. While not technically the dynamic campaign we’ve grown to love from the Falcon 4.0 series, missions are dynamically assigned based on your performance in each mission. Read your briefings and accomplish your goals and you will do well. 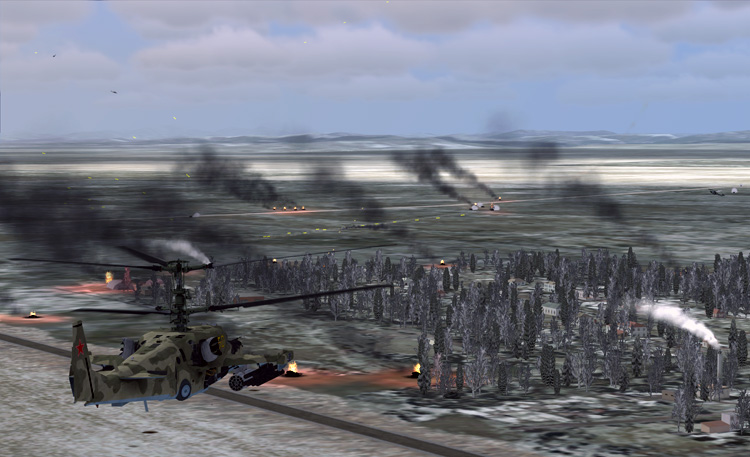 The Shooting Range Mission from the Instant Action menu is a great place to learn to blow stuff up, although I still recommend the Tutorial for learning the Ka-50 from takeoff to attack to landing.

The intro mission to the new campaign is short and sweet with good voice over and text tips.

I wasn’t able to try out a Ka-50 / A-10C multiplayer session before completing this review, but plan to report on in soon. The critical component to making multiplayer between DCS: A-10C and DCS: Black Shark 2 work well will be properly designed and balanced missions from the community. Given what we’ve seen from the original DCS: Black Shark and DCS: A-10C, I’m very much looking forward to seeing what is generated in this regard. Do you think you have an Ka-50 / A-10C multiplayer mission that is challenging, fun, and stable? Let us know about it in our forums and give us a chance to check it out.

On a disappointing note, I was unable to get any of my track recordings to play back correctly all the way through. On 5 different tracks (all recorded and replayed using DCS: Black Shark 2), the played-back action diverged from what really happened about 3-4 minutes after the track started. Since there’s no way to start and stop a track in the middle of flight, this makes the tracks effectively useless. I’m hoping this is just a configuration problem on my side, but I’ve seen several others post about issues with track playbackability (Is that even a word? It is now.) so I think I’m not alone here. Issues with track playback (or is the issue with recording?) makes evaluating your last mission, or creating videos, or sharing experiences with others that much more difficult.