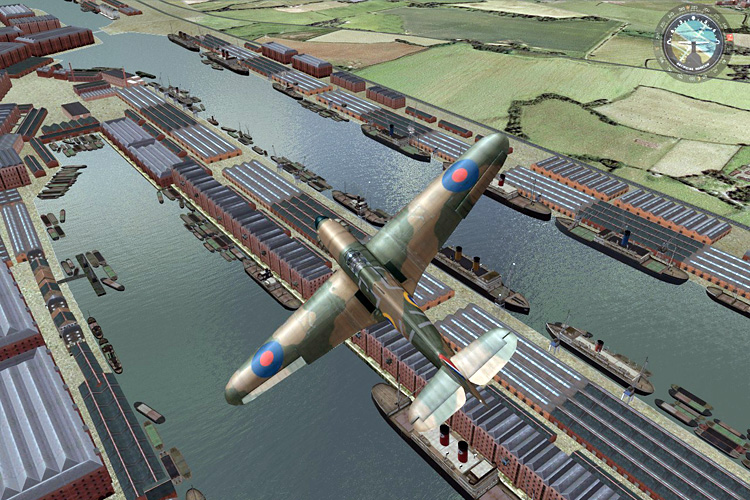 When PC Gamer Magazine named its 2012 Top 100 PC Games list, the entry for number 37 read, “Steel Fury gave me an inkling of what it was like to command a T-34 on the Eastern Front. Silent Hunter III thrust me into the dank, claustrophobic world of a U-boat captain. But only one game, thus far, has given me an idea of what life was like for those 1940 RAF pilots, who, emerging from cloud cover, found themselves gazing at a firmament teeming with Luftwaffe planes.”

The game that PC Gamer writer Tim Stone was referring to, is Battle of Britain II: Wings of Victory (BOBII), and the game is about to get a major refresh thanks to the BoB Developers Group, with the coming release of Update 2.12.

The BoB Developers Group (BDG) is a motley crew of transatlantic Battle of Britain sim enthusiasts which was given access and rights to the code for the Battle of Britain II flight sim by the developer A2A Simulations, several years ago.

Since then, they have released regular improvements to the sim — including a mission editor, Multiskin (a mod which gives nearly every one of the thousands of individual fighters and bombers in the game historically accurate skins and aircraft codes) a new single player campaign mode, AI code updates which have made it the benchmark in flight sim AI, new campaigns including the Battle for France, and constant improvements to the historical accuracy of skins, airfields, and landscapes. Update 2.10 won a SimHQ award for the best community mod, while update 2.11 introduced hundreds of new period ground objects, and a new flyable aircraft, the de Havilland Tiger Moth trainer.

But as with all bands of volunteer enthusiasts, the pace of work of the BDG is driven by the availability of members with critical skills, and recently the group has been hampered by the lack of coding capabilities. Nonetheless a core of BDG heroes (including but not limited to BDG identities Stickman, Two27, Chumleigh, PV, Borton, Buddye and Ben) has kept plugging away and version 2.12 is now entering beta testing.

What will version 2.12 bring to this venerable sim? Emphasis in this patch has been on increasing the historical accuracy of this already incredibly accurate simulation.

The list of improvements is a long one, but I have pulled out a few of the highlights.

Updates have been made to key locations such as Southampton, Weymouth, Thameshaven, Tilbury Docks, Dunkerque and Brighton. Docks and factories have been remodeled — all of this work using scale maps and historical sources. Airfield layouts have been compared with period photographs, buildings added, moved or removed, roads and tree lines meticulously placed.

The number and type of AAA defenses at key locations has been painstakingly mapped and reproduced.

The images below give just a glimpse of the attention to detail put into this sim by the BDG, which has used period photographs and maps to make precise models of key locations. Where IL-2 Sturmovik: Cliffs of Dover models only the main buildings, BOBII models airfields, ports and factories in intimate detail, right down to the placement of pubs, minor airfield buildings and even hedgerows! 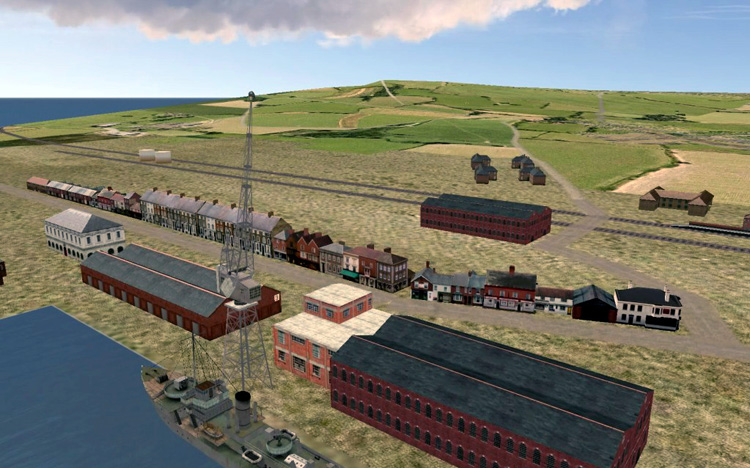 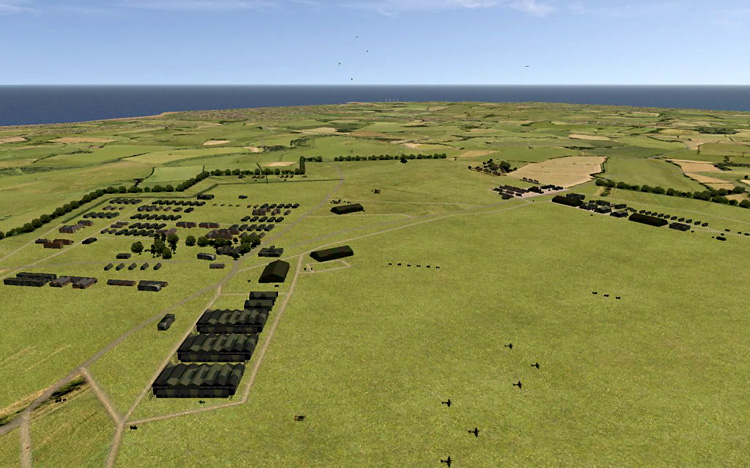 Manston (including outbuildings and tree lines) 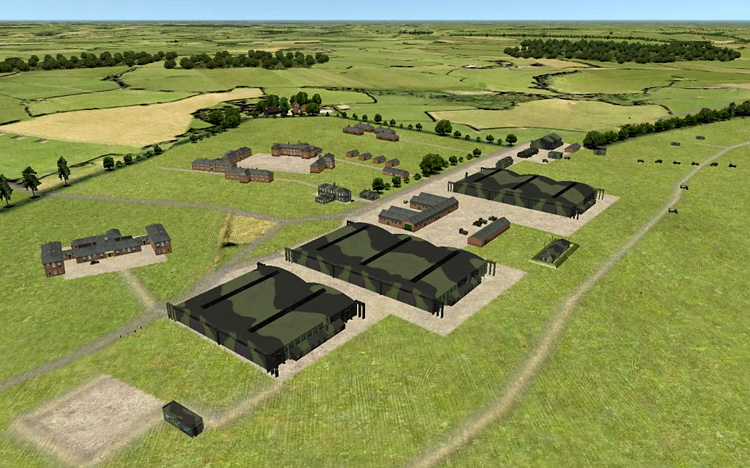 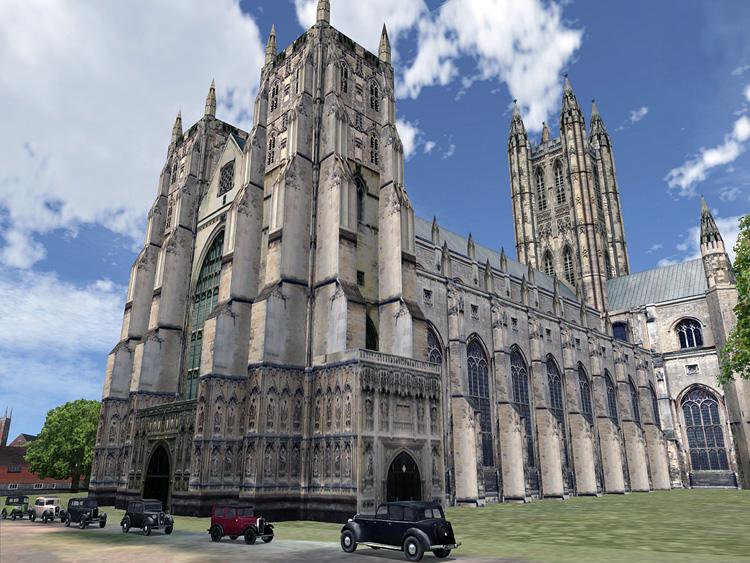 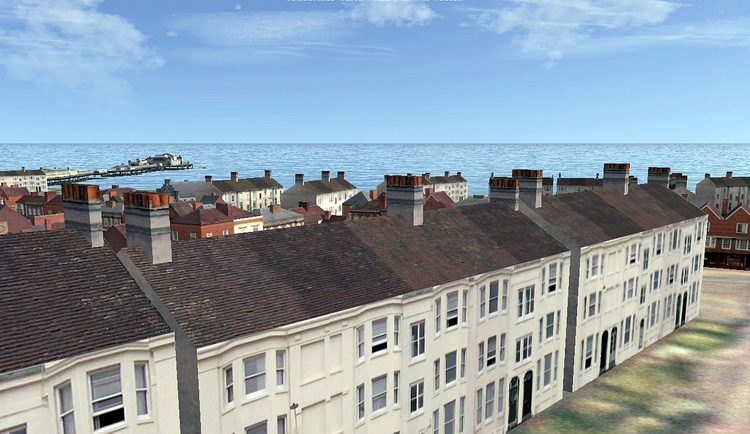 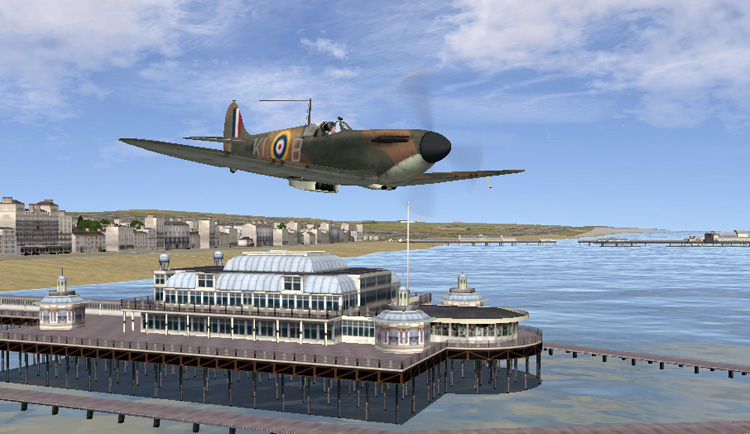 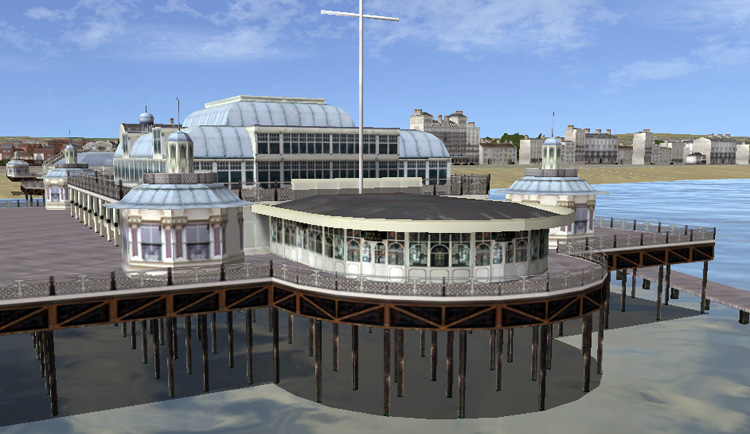 BOBII tactical dogfighting AI is legendary with prop sim enthusiasts. Now AI behavior at the squadron level has been further improved. Every staffeln or squadron member has their own individual skill level, which the game tracks, and adjusts upward or downward depending on their combat success or failure. Squadron leaders’ skill ratings are influenced both by their own personal success, and the skill levels of the squadrons. And AI squadrons do not blindly stay and “fight to the death” in dogfights, because AI Squadron and staffel leaders will give their pilots an order to ‘break and run’ if the number of damaged or lost reaches a trigger level. This applies to both fighters and bombers.

Bomber formations now feature better “straggler” behavior. Damaged bombers will more realistically drop out of formation and head for France, and players have a better chance of breaking up a raid if they inflict enough damage. The picture below shows a bomber formation being broken down by repeated attacks. 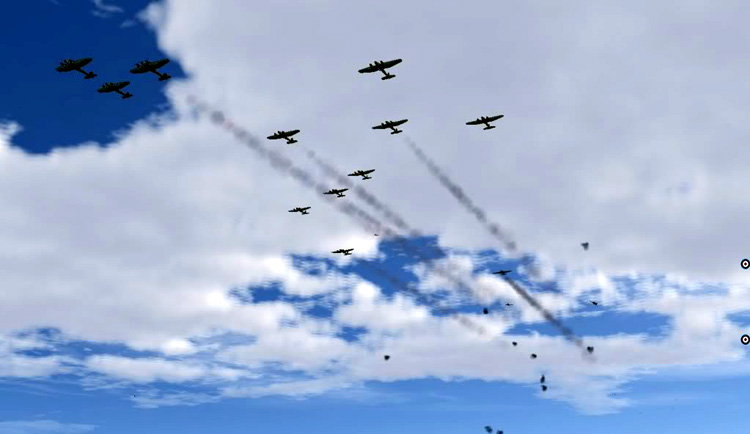