Several variants of F-16 are available to fly as well as other aircraft. Though you can fly aircraft such as the F-18, F-15, F-14 and A-10 (among others), they won’t have in-depth systems and they have nicely done, but mostly non-functional 3D cockpits. 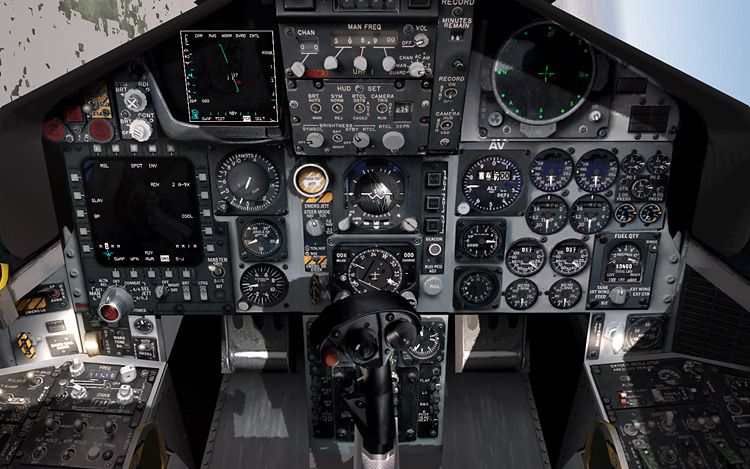 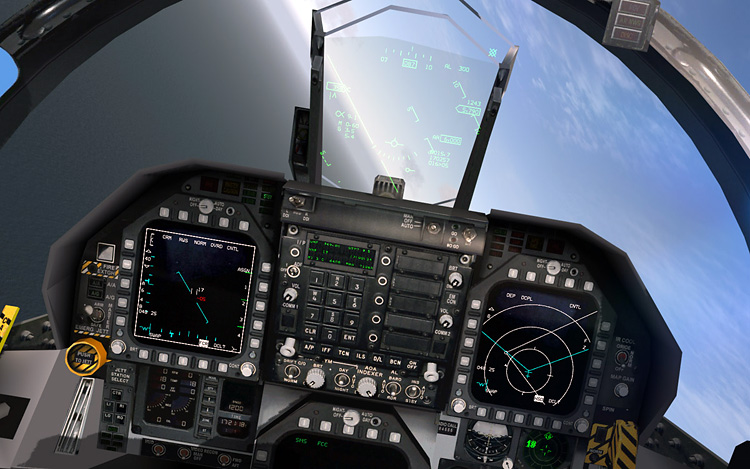 The terrain tiles are just phenomenal. The transition from sea to land is well done and overall the terrain is a huge improvement over theFalcon 4.0: Allied Force jigsaw pattern. There are some terrain seams here and there, but you have to look hard to see them and the repetitiveness is somehow brilliantly avoided. It appears that some satellite imagery was used for areas around the airbases and when combined with the new atmospheric effects such as haze, fog, and lighting, the results are remarkable. 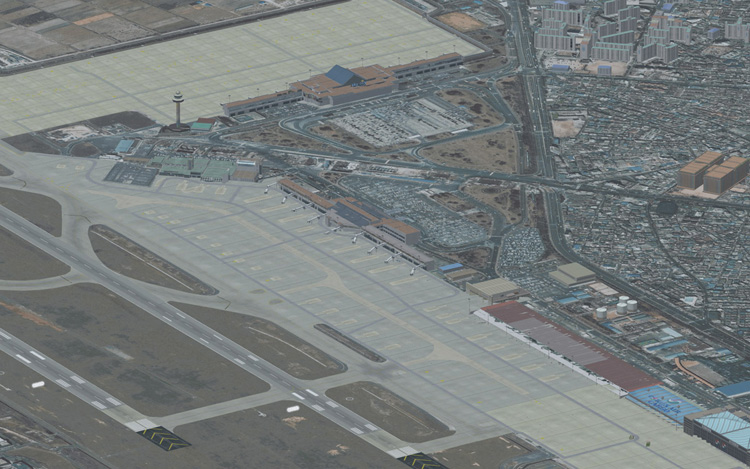 Beyond the amazing graphics facelift the area that stands out the most to me is the incredible improvements to the flight model. I’ll preface this section as 99.99% of us have to (except *Panther*!) by saying I’ve never flown a real F-16, so my observations come from interpolation of my real life flying career. That said, I always felt that the F-16 in previous iterations of Falcon felt too stiff and linear in their controllability. By that I mean they felt like they had little inertia and seemed to trace a line through the sky as opposed to being part of the airmass around them. I realize the F-16 is fly-by-wire/computer and that certainly is worth considering, but the updated BMS flight model just feels so much more dynamic and realistic than previous versions. The airframe doesn’t sit rock solid at all times and turns and banks feel like they have a little bit of variability and fluidity to them now. All of this is reflected in the very dynamic nature of the HUD flight path marker which now seems to more accurately match up to the HUD videos we’ve all watched in the past. Landings are more dynamic and improved and even though it appears the landing gear has been beefed up a bit, the landing gear still seems a touch weak (they still break rather easily). High G maneuvers, stalls, and loss of control are more dynamic and realistic feeling. Basically, the overall flight model feels more believable to me and is infinitely more entertaining. CCIP bombing and strafing require constant adjustments which are aided by full screen HUD views and very crisp and clear HUD fonts and refresh rates. 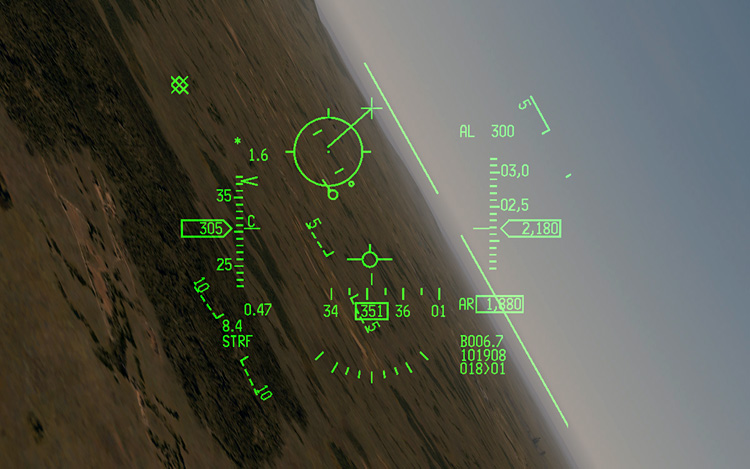 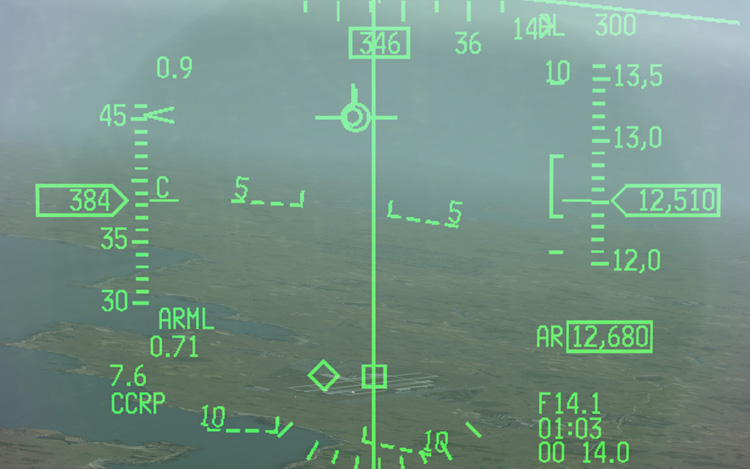 For those interested in going beyond or before the F-16, BMS does allow you the leeway to fly other aircraft. Improvements have been made to some aircraft and there have also been improvements to the naval aviation aspect of the sim. I took the F-18 up for a few cats and traps and was reasonably pleased with how they’ve managed to shoehorn the Hornet into the sim. The 3D cockpit is fair, and the flight model feels pretty good. Carrier landings and takeoffs are passable and you can apparently even fly from the carrier during the campaigns.

Multiplayer will be explored in a future article. We believe it requires its own write-up.