In a previous article, we reviewed the 9A4172 Vikhr missile and how to use them in DCS: Black Shark. In this article we are going to discuss unguided rockets. Although less sexy than their guided counterparts, unguided rockets can also be used to devastating effect.

The principle of the unguided rocket is simple — aim it, light it off, then watch it zip off and smack your target in the face, just like you used to do with bottle rockets to your little brother back in grade school (sorry, bro). Each rocket is carried in a larger launcher canister or pod that supplies voltage to the rocket motor igniter. Complicated interfaces and advanced communication protocols need not apply. 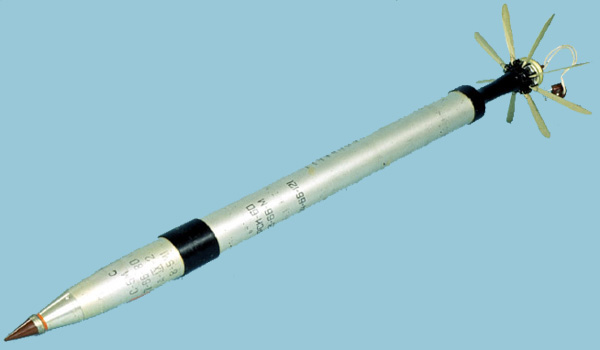 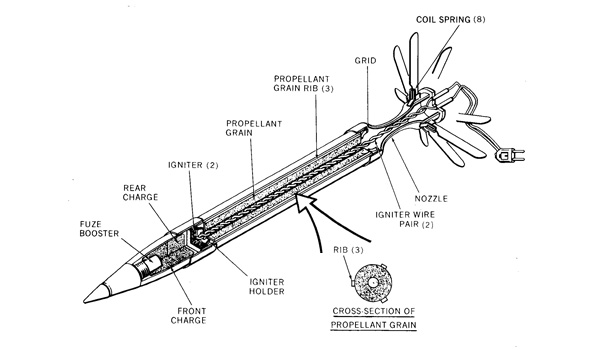 An unguided rocket with and without its clothes on.
Photos courtesy of Wikipedia Commons.

The rocket’s motor ignites in the tube on launch, driving the rocket out and on its merry way. Spring-loaded fins pop out for aerodynamic stabilization typically imparting a spin to the rocket, providing further stabilization. The rocket motor continues to burn as the rocket flies through the air, lofting the rocket downrange. Eventually, the rocket motor burns out and the rocket follows a ballistic trajectory back to Mother Earth. On impact with the target (or the ground near the target, or the ground nowhere near the target, depending on your delivery accuracy), a fuze detonates the warhead. Bang, you’re dead.

The simple nature of these weapons and the lack of any complicated guidance or sensor systems makes them cheap and easy to manufacture — real bonuses for any cash-strapped army in today’s economy! 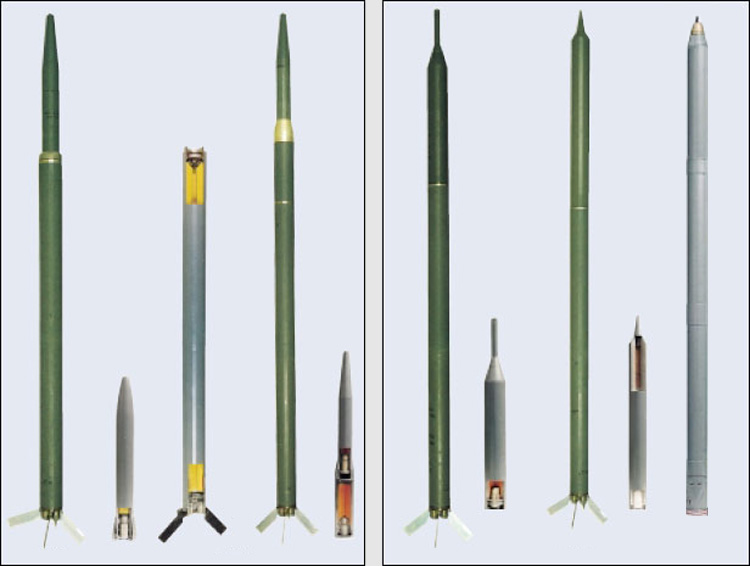 The S-13 family of rockets and warheads.

Unguided rockets can have a number of different warhead and fuze combinations depending on the intended target. A blast-fragmentation warhead (think pipe bomb) is good against so-called “soft targets” (unarmored vehicles, personnel, etc.) while a shaped-charge penetrator warhead literally blasts holes through tank armor, cooking the insides to a nice crispy black. There are even bunker-buster rockets that have multi-staged warheads with time-delay fuzes to detonate behind hardened walls of reinforced concrete, destroying previously safely hidden targets.

In the real world, unguided rockets come in a plethora of shapes and sizes. In DCS: Black Shark, we have two families of unguided rockets: the S-8 and the S-13. Below is a scaled comparison. 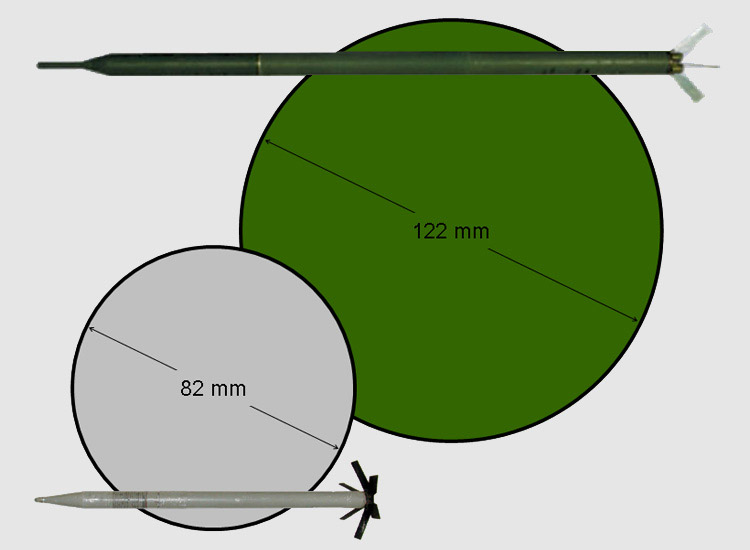 A scaled comparison of the S-8 and the S-13 in DCS: Black Shark.

The smaller S-8 rockets are 82mm in diameter and are launched from the B8V20A launcher (below left). Short, stout, and aerodynamically hideous, this snub-nosed canister trades looks for functionality, cramming a whopping 20 rockets into each garbage-can-shaped pod.

The longer and more slender B-13L launcher (below right) carries the larger 122mm diameter S-13 rockets. Sleek and slipstream-friendly, this pod carries a mere 5 rockets each, but what they lack for in numbers, the S-13 rockets make up for in kaboom. As an example, the S-13OF packs 7 kg of explosive into its warhead while the explosive in the S-8KOM’s warhead weighs in at a measly 0.9 kg.

In DCS: Black Shark we have 5 unguided rocket options to select from:

S-13OF: The only 122mm rocket available, this large rocket packs a blast-fragmentation warhead with some serious wallop, dealing significant damage to soft targets and lightly armored vehicles, and can even destroy a main battle tank with a direct hit. With only 5 rockets per pod, accurate delivery is key.

S-8KOM: Designed for defeating armor, this rocket has a dual-purpose warhead that can penetrate up to 400 mm (15.75 inches) of armor in addition to generating enough fragmentation to perform well against soft targets.

S-8OFP2: The S-8OFP2, also called the S-8M, is a modernized version of the S-8KOM with a greater effective range and increased fragmentation effect for better effect on soft targets.

S-8OM: The S-8OM rocket dispenses a parachute-carried flare about 20 seconds after launch that emits a retina-searing 2 million candles* of light for about 30 seconds. The flares only dispense while the rocket is in the air and will extinguish on contact with the ground.

* How the heck did they fit 2 million candles into a 1.5m (5ft) long rocket?! A “candle” (modern scientists raise their noses at this term, preferring the much more scientifically sounding term “candela”) is also a term used to measure light power and is equal to 1/60th the luminous intensity of a blackbody at the freezing point of platinum, or about 1/683 watt per steradian. Think I’m kidding? Look here! Optical physicists are weird. 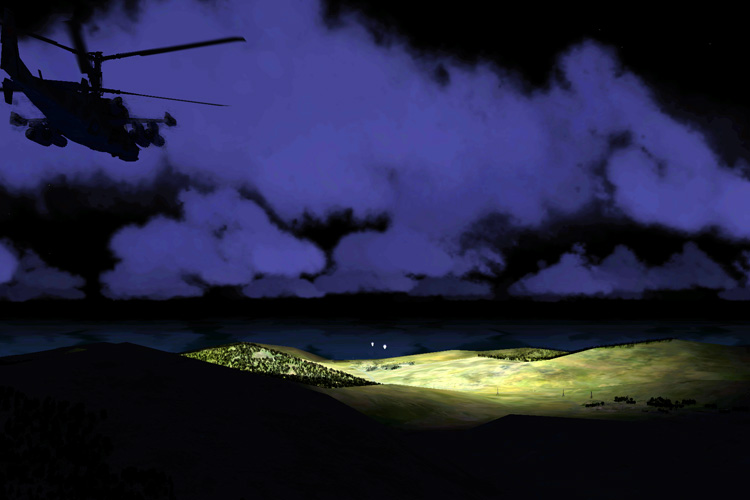 S-8TsM: This rocket creates a plume of orange smoke wherever it lands that can be seen at great distances, making it a great tool for an airborne forward air controller. 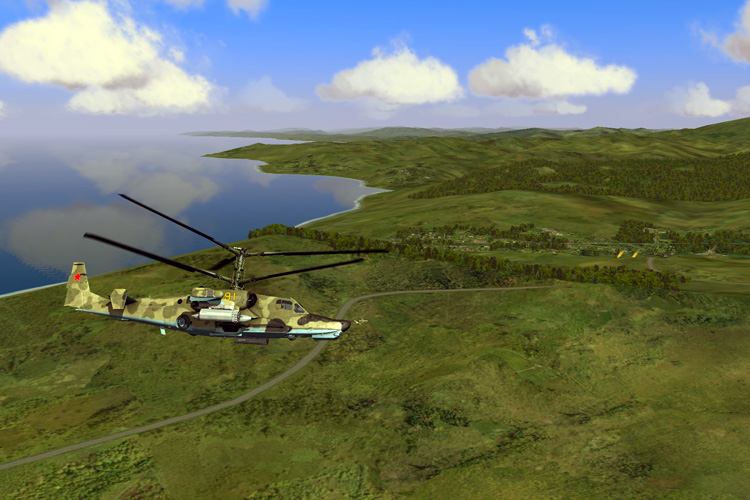