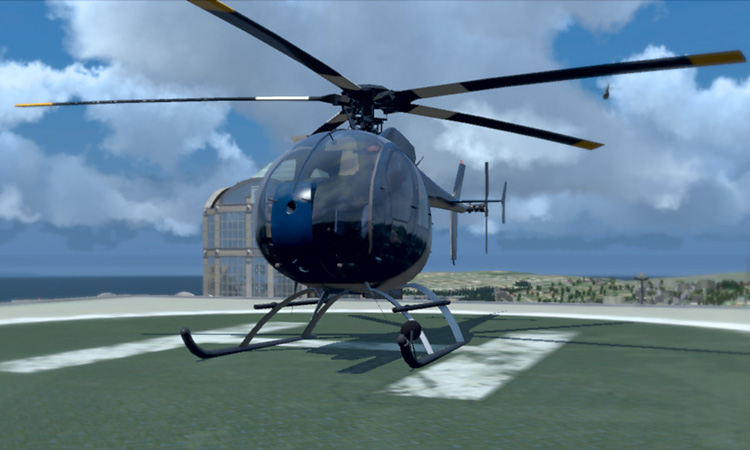 Flight Model When I first learned that Take On Helicopters was going to be a high-fidelity helicopter simulation, I jumped up and down and giggled like a little school girl. Unfortunately, I was at work and my coworkers still give me funny looks from time to time. As a hardcore simulation fan, my favorite sims include “switchology” titles like DCS: Black Shark, Orbiter, and Falcon BMS, all with full realism difficulty settings. I couldn’t wait to add another high-fidelity flight sim to my library. While I admit my anticipation was a bit out of proportion when the pre-release came out, I was crushed by what felt like a very sloppy helicopter flight model. I initially thought I must be playing with the wrong difficulty settings or an incorrect controller setup, but no arrangement of options fixed the behavior I was experiencing. Disappointed and dejected, I relegated my copy of Take On Helicopters to the back of the bookshelf and somehow managed to get on with life. As I mentioned earlier, the announcement of Take On Hinds peaked my attention and when I heard there was a flight model patch in the works, I just had to give it another shot. Although I’m glad I did, the physics package (even in Beta patch 89299) isn’t quite the complete fix I was hoping for. Any quick search for helicopter dynamics will produce a number of sites, like this one, that list basic phenomena that all helicopter pilots or enthusiasts will need to be concerned with. These lists don’t compare fully with Bohemia Interactive’s technology checklist of items included in the sim, but let’s take a look at them.