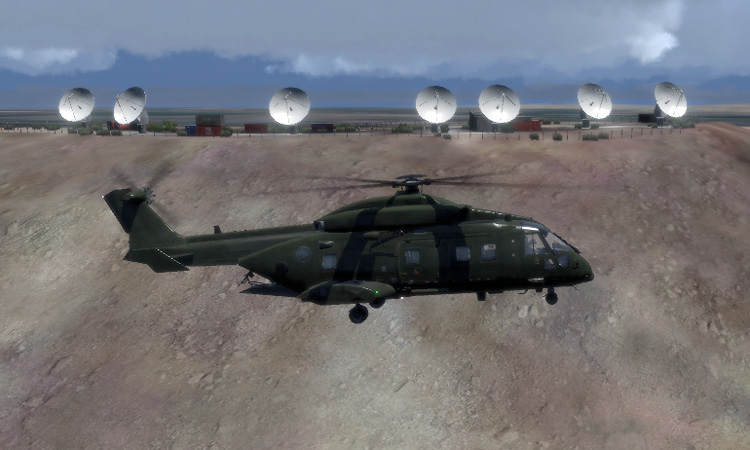 Helicopter simulation enthusiasts will be enthused to hear that the trees in Take On Helicopters are, in fact, collidable. Rotors blades shatter when you nick building edges, as well. A hard landing can break engines, landing gear, and avionics as well, although I wouldn’t describe the damage model as detailed.

A good measure the accuracy of a flight simulation model is whether or not you can fly by the instruments. The cockpits in Take On Helicopters include a number of flight-representative instrument gauges that appear to be functioning (the slip indicator is one item, alas, that does not), but the quirky implementation of TrackIR™ in Take On Helicopters makes it difficult to fly by them. I was able to maintain heading, altitude, and airspeed, just by using the gauges, although the vertical speed indicator seems bit more jumpy than I would expect: but is this due to an oversensitive collective or a gauge issue?

The 3D cockpit is very detailed, but is mostly non-functional, enabling simplified startup procedures, the ability to turn external lights off and on, and not much else. I miss the detailed startup procedures and digging into complex system behaviors, but, despite myself, I still found myself enjoying this sim without these features. 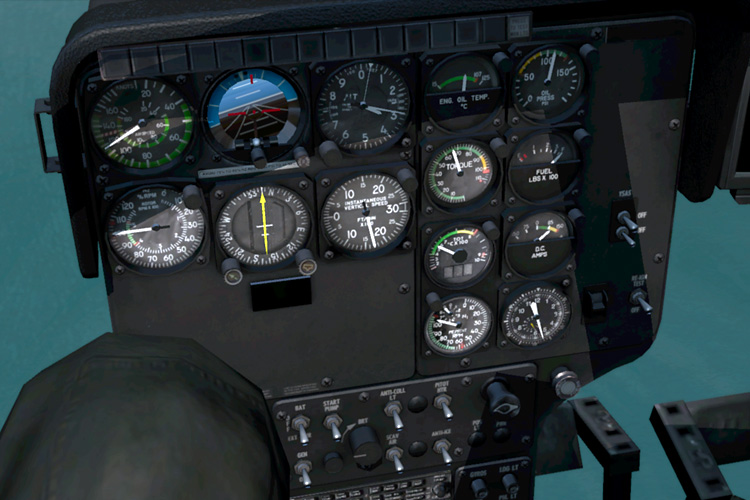 Not to be confused with force feedback, force trim reduces the force required to keep the stick where the pilot is currently holding it. On some helicopters, forces on the rudder inputs are also trimmed in. It’s like having a second set of arms (or legs) to help hold the controls in just the right spot. There are intuitive differences from fixed-wing trim systems, so new helo pilots frequently have problems trimming correctly. In Take On Helicopters, force trim behaves just as I expected it, except that it seems to be a one-push model: there is no continuous effect while holding the button down.

Take On Helicopters, in its current state, is a whole heap of fun. Great graphics and engaging gameplay results in a very replayable game. The serious issues with the flight dynamics models shouldn’t keep most players from enjoying the heck out of this game, and us purists should be happy to hear that BIS has committed to an updated physics model. Take On Hinds is just the first in what is likely to be a string of DLC for this simulation, so the game is only going to get better.