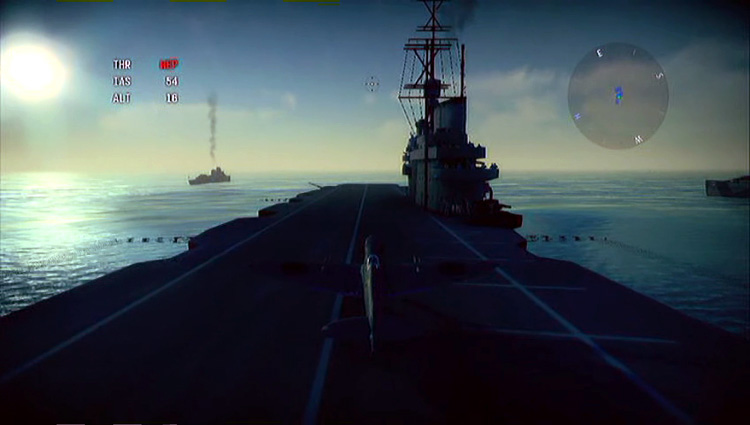 Gaijin listened to it’s customers! Sure we had 4 player co-op missions in Apache: Air Assault, but it was limited. In Birds of Steeleverything but the main campaigns can be played either in single player with AI, or 4 player co-op. Even missions made in the mission editor. And not only that, there are “dynamic campaigns” that can be played in single player or 4 player co-op, and they consist of a series of missions based on how you and your friends dictate the next battle. Islands and fronts can be won or lost. 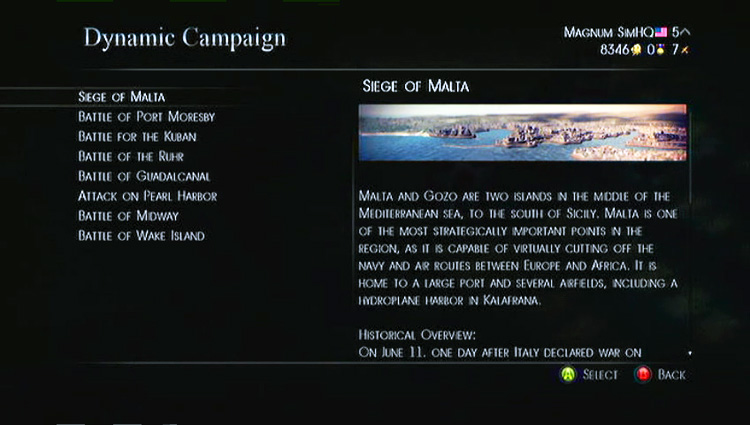 And to put frosting on the cake, there is 16 player force-on-force multiplayer. It’s well done and for me it ran as smooth as butter. If you don’t have 16 players, Birds of Steel will fill the rest with AI planes. There are not many modes of 16-player multiplayer, but enough to keep it interesting.

Gaijin continues to impress me with whatever graphic engine they are using for the games they make. I first saw the engine at E3Expo a few years ago when IL-2 Strumovik: Birds of Prey was showcased. Absolutely gorgeous. The land mass, the environment, weather, the planes, gunfire, and explosions. Day-and-night, spotlights, and all this with 100 or so planes in the air. No pop-up terrain or planes noticed in my gameplay. No lag on tight turns, just gorgeous.

The consensus is, the graphics are aided by a smaller mapped area. I don’t know if that is the reason, but it works and works well! 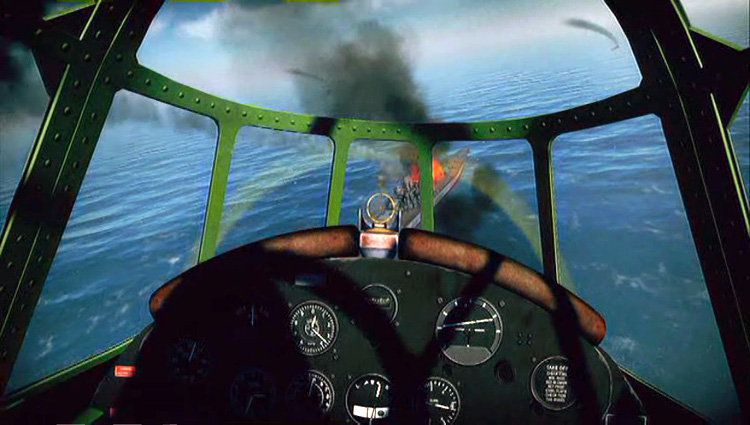 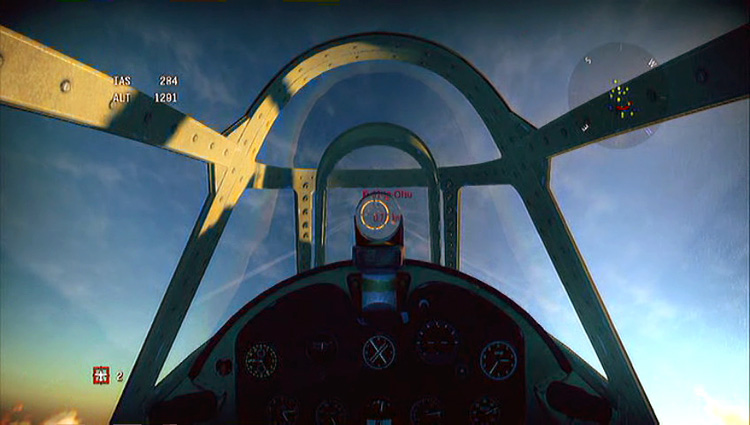 The sound is good, but not great. One of the rare weaknesses. Planes can sound similar and not distinct. The radio chatter can get monotonous. I have had an occasional sound drop in the middle of a mission, just like it did with Apache: Air Assault. But still the sounds are good and sound even better in 5.1 Dolby Digital.

One of the best things about Birds of Steel is the three levels of gameplay modes and difficulty.

You can play in arcade mode which makes everything nice and easy. It gives you HUD clues, and you never run out of fuel or ammo.

There is a realistic mode that still gives you some basic “HUD” cues but with a more realistic flight model.

Then there is simulation mode which gives you no aids or assists and an intense flight model.

On all of these modes you can choose to either always have endless fuel and ammo, or not, or one or the other. You may think you’re going to play this in simulation mode with limited fuel and ammo, but you’ll quickly learn that though the options are there, it’s almostimpossible to complete the missions, especially in the campaigns, with limited ammo.

For example, in one mission of the USA campaign, your flight, which is a total of 4 planes has to take out 30 bombers in about 20 minutes before they reach your base. The number of rounds fired, rounds hit, rounds to take down a target, and the number of targets just don’t add-up with limited fuel and ammo. As much as I would love to play in sim mode with realistic fuel and ammo in this game, some of the missions make it impossible and I was forced to drop down to realistic settings and unlimited fuel and ammo. 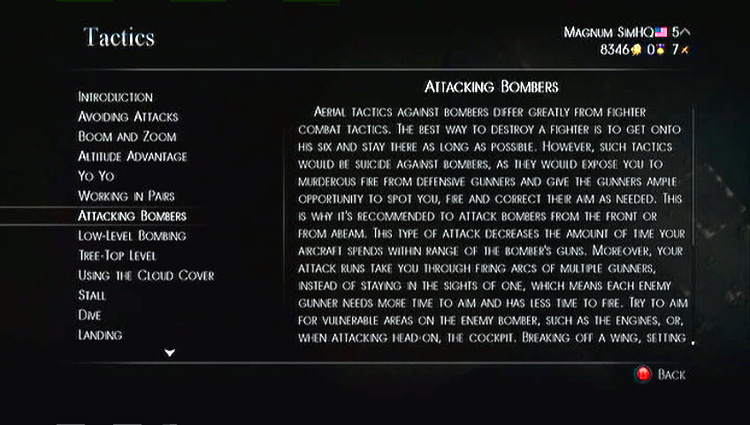 Gaijin also has “events” and “tournaments” which seem to be Gaijin planned special events. I’m sure more events will be announced, but as of right now, there is only one event called “Birds of Steel Release Tournament”, which is just a set multiplayer mission for all to join and play with a leaderboard. 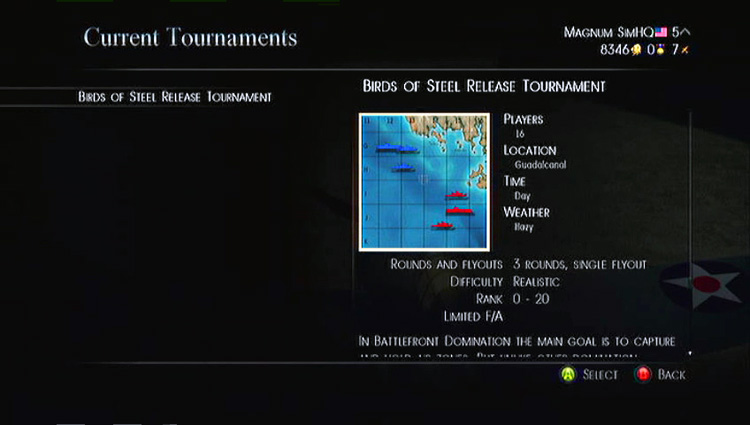 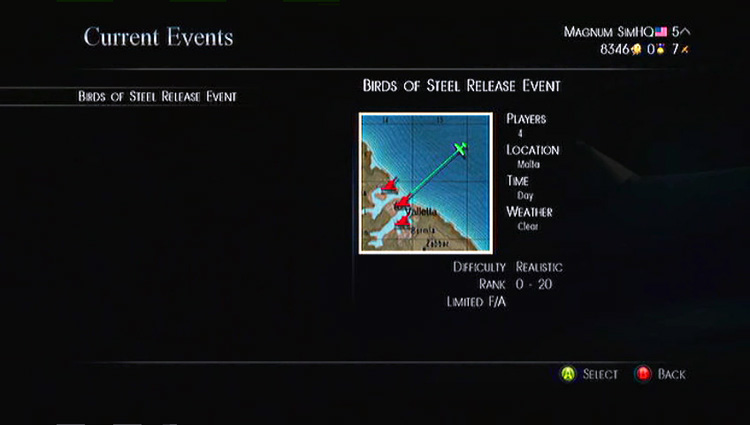