The weather themes are pretty good, although they are not able to be modified. You have a dozen or so options ranging from clear skies to clouds, fog, storms, and windy conditions. It would be nice to have dynamic weather similar to FSX where the program downloads real weather from the internet and then replicates that in the simulator. That is not the case with Flight. What they do represent is quite good though and coupled with the exceptional graphics and lighting capabilities there is a definite “moodiness” to Flight that captures the feeling of flying quite well. 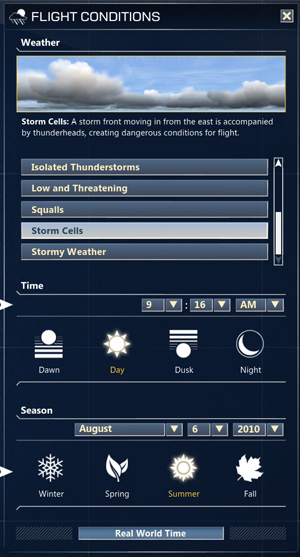 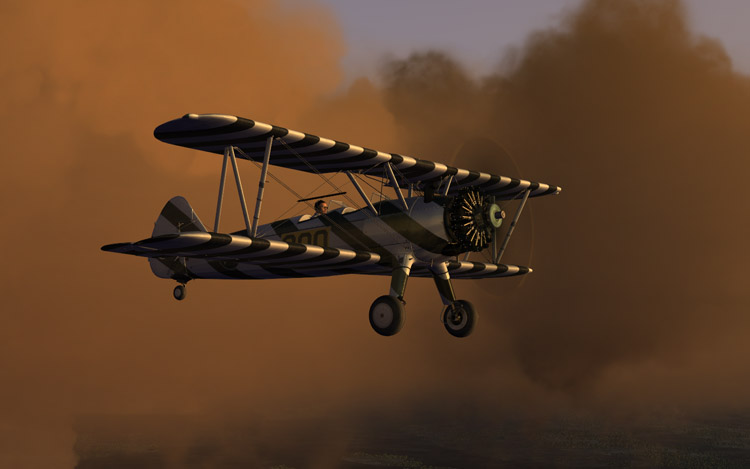 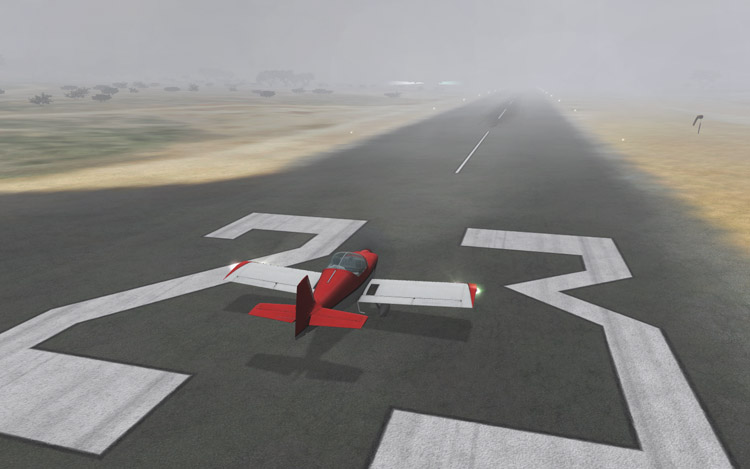 The representation of IFR flight is far superior to that of FSX — which had difficulty with transparent clouds in low IFR settings. In Flightyou get a nice solid IFR layer down to minimums. The problem is that you can’t alter the settings — it is all or nothing. So you can’t set any particular ceiling that would be appropriate to the approach. The standard low IFR setting is very low indeed — down to ILS type minimums which means VOR approaches won’t really work. The RV-6A and Maule are good IFR platforms since they have radios that are appropriate to the task. The Icon and Stearman are VFR only aircraft as one would expect. 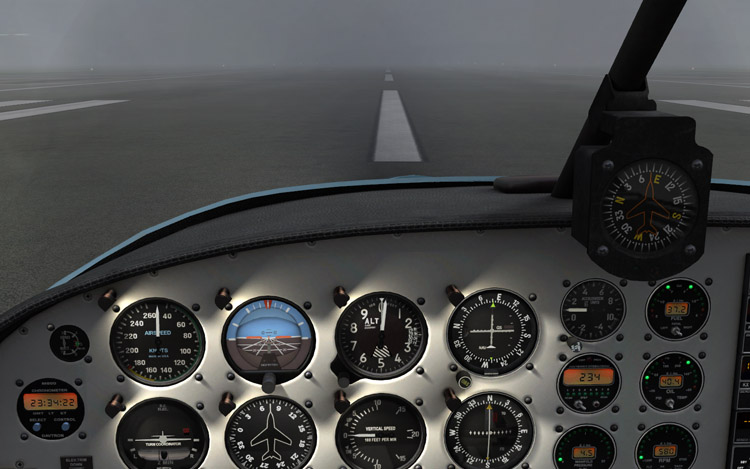 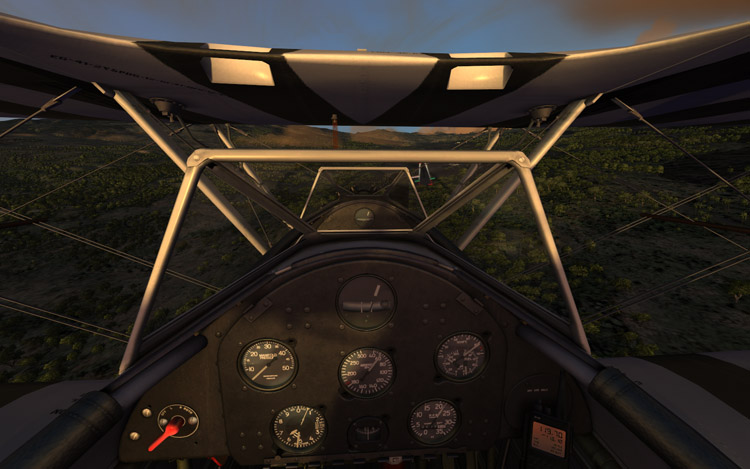 Flight is frustratingly incomplete however. While you are on one hand given fairly good IFR, wind, and turbulence modeling, on the other hand you are given communication radios which serve no function whatsoever in the sim. Yes — you can set frequencies such as the ATIS and Tower in the comm radios, but they don’t do anything. So there is no way to find out what the winds, ceiling, visibility, or altimeter setting are. You could enable the “HUD” cheat and that puts up a little wind direction and strength icon, but the lack of any radio comms at all is pretty terrible. 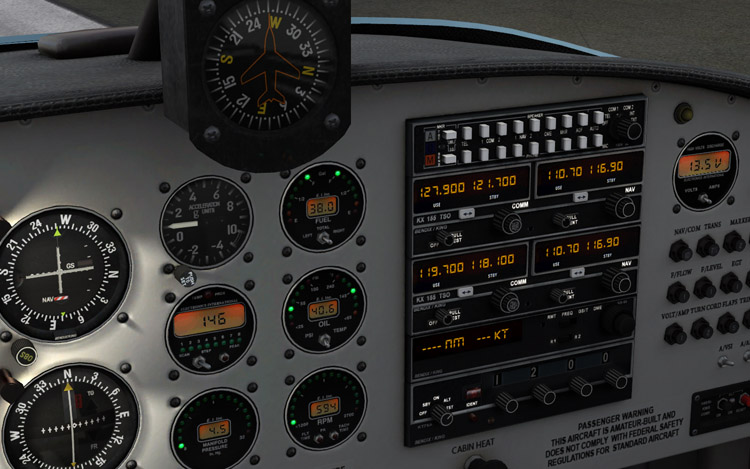 Which brings me to my other major point in this review. The Flight environment, while beautiful and downright stunning in many respects is completely barren of life. It is as if a neutron bomb went off over Hawaii. Nothing moves. No cars, no sailboats, no people, and most glaringly missing in a game titled “Flight” — no other airplanes! Not only are there no planes flying around, there are no airplanes ANYWHERE! I think I might have seen a couple static helicopters somewhere, but the major international airports have NO AIRPLANES. All the gates are empty. The ramps are empty. The roads are empty. The ocean is empty. The sky is empty. There is no radio traffic. There are no birds. It is just you and your Microsoft Points flying around. It is no wonder the framerates are so darn good. 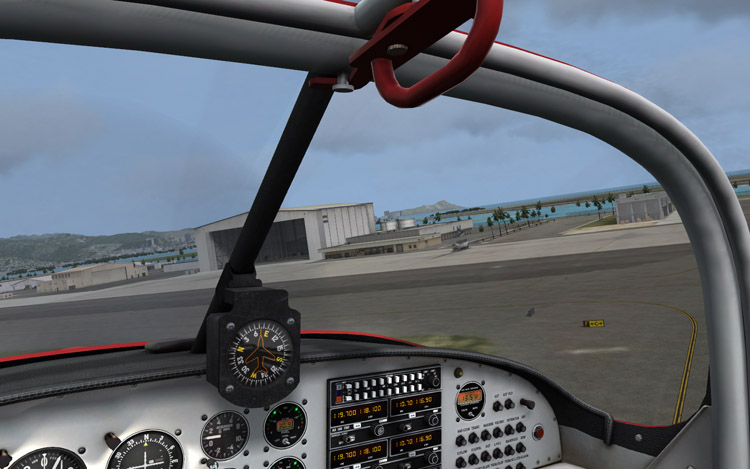 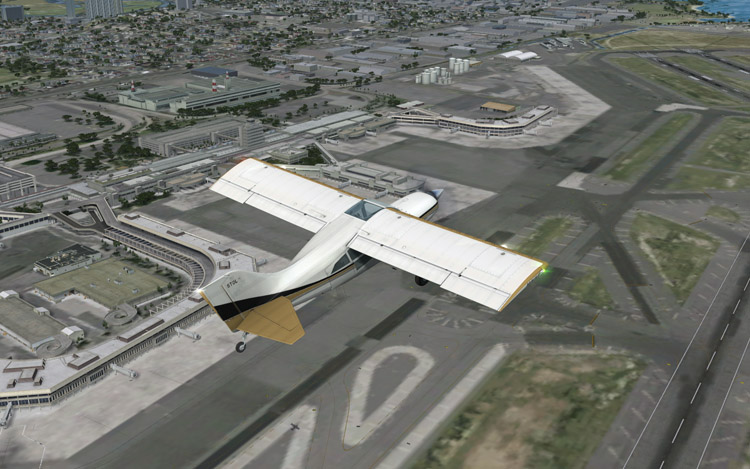 Experienced flight simmers will be horrified. Neophyte “new blood” simmers will think “so that’s it?” and go right back to playing Call of Duty on their X-Box. And therein lies the problem — we have a pretty good core simulation that does not appeal to experienced simmers nor does it appeal to new simmers. The other problem is that Flight made the “game” so simplistic that they managed to diminish any feeling of accomplishment you might derive from completing a complex task. For dedicated simmers we already recognize that feeling. Whenever I get the DCS: A-10C Warthog or the Ka-50 in DCS: Black Shark started I get a feeling of accomplishment — hey… I did that! With Flight it is more like going through the motions, and for me personally, I only did it hoping that somehow I would advance to a mission or challenge that would surprise me and hook me in.