The problem with DLC is that you make a payment for a specific item that you have expectations about. Had Microsoft boxed up all the DLC into one package and put it on a shelf for $30 there might have been less perceived injustice than the a la carte model they are utilizing. My problem with the Hawaii DLC is that I’m not sure they really did the greatest job with it. There are certain areas that look pretty good, but then there are areas that totally miss the mark too. I had the good fortune of visiting Maui a few years ago and as an example check out the observatory on top of Maui. My photo shows the different colors and types of terrain while Flight just overlays the whole summit cauldron with green foliage. You get that sense when flying over some of the larger cities too, that they are quite generic looking. Honolulu looks more like the concrete jungle of Pyongyang than the vibrant city it really is. Molokini crater should be stuffed with dive boats and snorkelers, but it is not. When compared with the much larger scope of populating a world like FSX, it just seems that the relatively small Hawaiian Islands should have been detailed to the extreme. 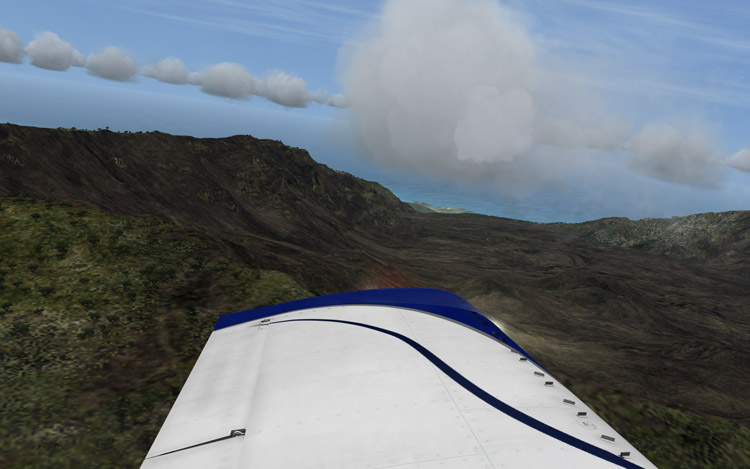 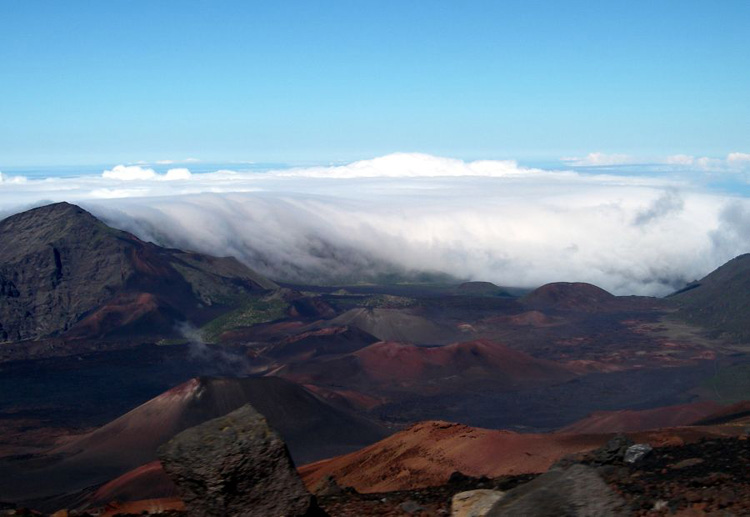 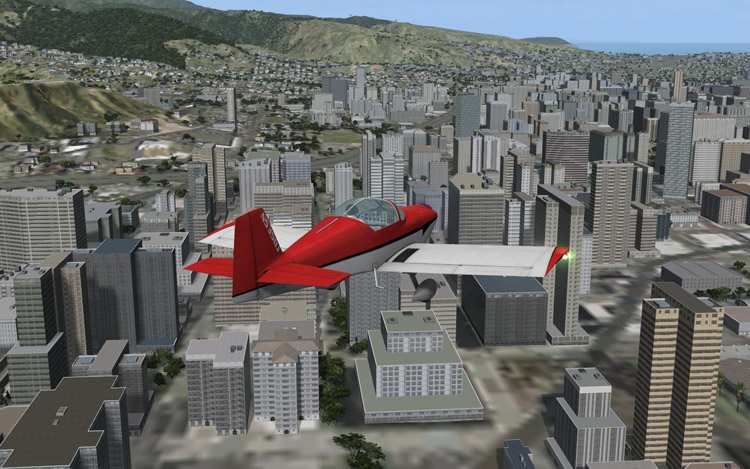 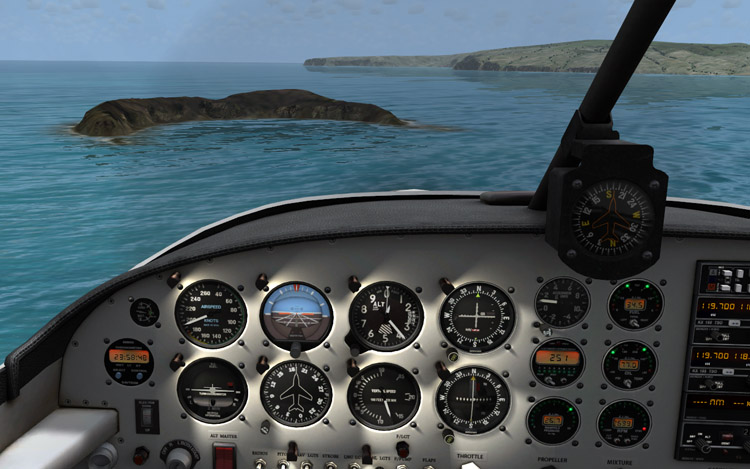 The water is another source of annoyance. The ocean looks great with beautiful shades, moving waves and a believable coral reef system. Travel inland up a river or to an isolated lake and you’ll find the same ocean texture on all water, which makes inland water look just silly. 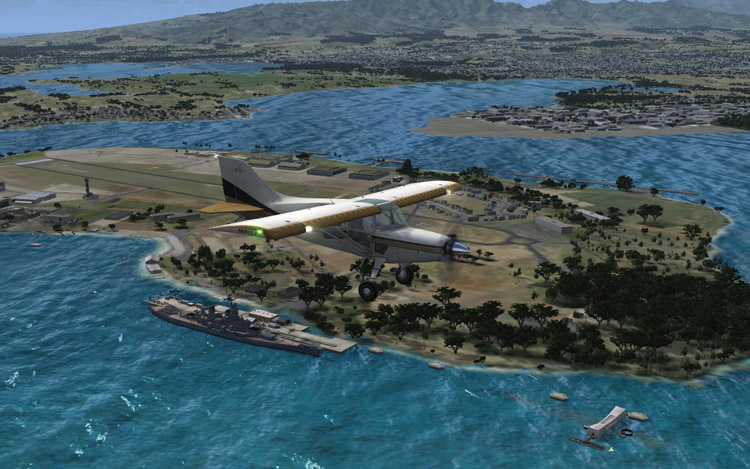 Dawn and dusk lighting are nice. Night lighting has to be taken with a grain of salt. Even with overcast clouds you are presented with a pretty bright landscape that looks more like something you’d see in night vision gear than true dark night. 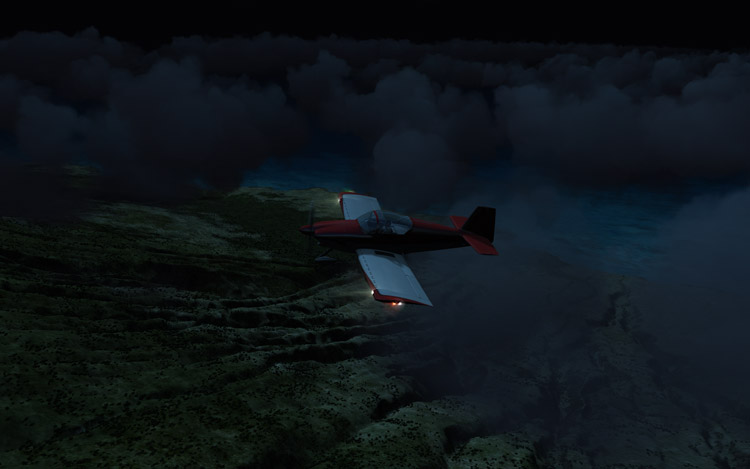 The same quality issue is problematic with DLC aircraft as well. If I’m paying $15 for an aircraft, I have an expectation that it is more than a 3D object with a tweaked flight model. The Maule M7 is a fun airplane to fly, but the autopilot isn’t functional, and for some reason when you lean out the engine the fuel flow initially goes UP! In the RV-6A leaning has no effect on cylinder head temperature. Indeed, as you lean it out everything stays rock steady until the engine quits when you reach the fuel starvation point. At least the NAV radios work and can be tuned to fly ILS approaches. With no ATC though, you are on your own to get onto the approach course. The map has a pretty good legend with NAV frequencies and, curiously, tower and approach frequencies that cannot be used. 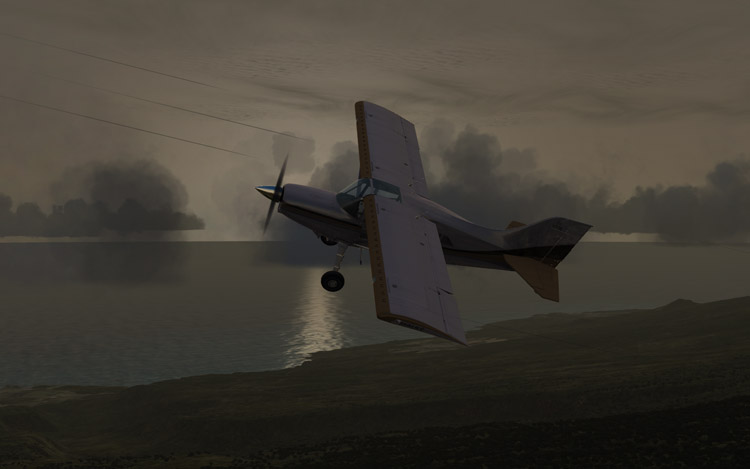 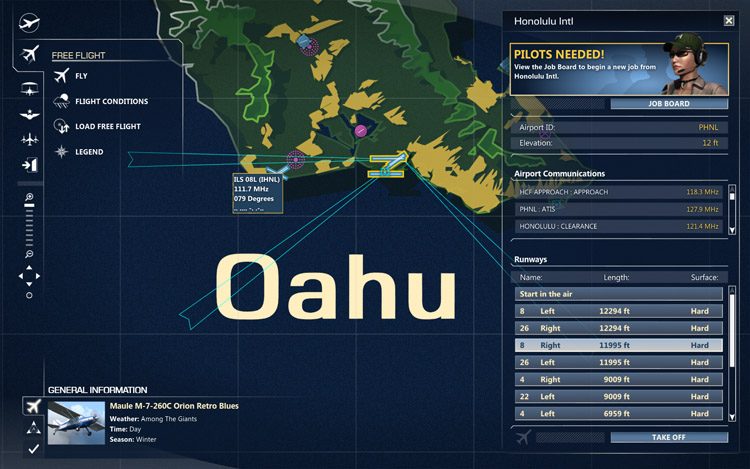