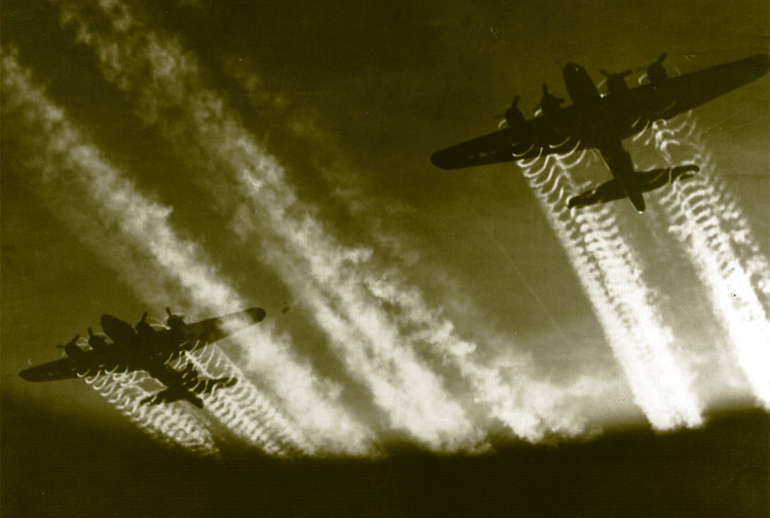 In this digital age, almost anyone can be a published author. Over the last ten years especially, print-on-demand services have flourished, making a domain previously occupied only by professional literary agents and long-established publishing houses open to just about anyone. I myself have taken advantage of this, with the 2009 publication through Xlibris.com ofDaemon’s Door, a high-fantasy novel written by myself and my husband.

Print-on-demand services rarely have editorial staff; they make their money by formatting the author’s work and putting it out there through the major internet-based retailers such as Amazon, securing copyrights, getting the work in the Library of Congress, and so forth. Additionally, the better services sell prospective authors extensive marketing services, and this is really where they make their money.

All this free access to print is a double-edged sword. On the one hand, it provides voracious readers (such as, again, me) with access to points of view and authors that never would make it through the myriad layers of screening that the traditional publishing business layers itself with. On the other hand, however, quality control is nonexistent, and as a result, some fairly difficult-to-read pieces make it into publication. 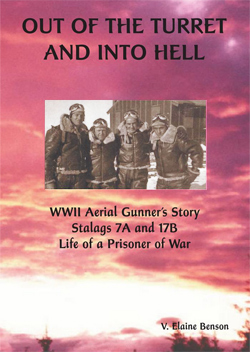 I’ve recently read Out of the Turret and Into Hell, billed as the true-life account of the wartime service of a ball-turret gunner on B-17F bombers during the Second World War, and this one falls into the second category, though it does have qualities making it worthwhile reading.

It was originally copyrighted in 2001 by Elaine Benson, the wife of the protagonist. She hadn’t been born at the time of the events she chronicles (she was born in 1951), and married her husband in the early 1980s. She became interested in his wartime service through their marriage, and being a reader herself, read some original source materials. These included newsletters from her husband’s former bombardment group, a history of the group, letters written by group members, and a history of one of the prisoner-of-war camps her husband had been in during the war.

When first reading the book, I thought it would be a chronicle of the actual wartime service and POW incarceration of an Army Air Force air gunner. It actually is billed by the author as an autobiographical novel and work of fiction. That’s a shame. It is apparently in-part based on the real-life experiences of the late U.S. Army Air Force Staff Sergeant Earl Benson, a ball-turret gunner in the 306 Bomb Group (Heavy) of the U.S. 8th Air Force, in 1943. As this is the same Group that starred in the movie Twelve O’Clock High, I wonder if Sgt. Benson actually was a veteran of this or whether he flew with a different group.

According to the story, Sergeant Benson completed four missions in the B-17F and was shot down on his fifth, on April 5, 1943, during a raid on the Erla Aero Engine Works, over occupied Antwerp, Belgium. Subsequent to the shootdown, Sgt. Benson was incarcerated in Stalag luft 7A, and later in Stalag luft 17B.

The 218-page story, however, only spends half of its time chronicling Sgt. Benson’s wartime experiences, and the details of all but one of his five combat missions are sketchy indeed. And this, to me, is the problem with Out of the Turret and Into Hell. Half of the story is taken up with Sgt. Benson’s childhood and early adulthood during the Great Depression.

While an important topic, those who read this type of work – especially when it is intended as historical fiction-are going to be more interested in the war. It appears that Mrs. Benson has cobbled together her husband’s relating to her some of his own experiences, with experiences from other sources. We don’t know, and can’t tell, which are which, leaving a reader with an interest in the actual historical events frustrated.

Sergeant Benson’s story would be compelling with or without the experiences of others, as he was there during a very difficult time in history. His experiences in the Stalags would be important on their own, but as they are saddled with the mantle of “fiction,” it isn’t really possible to tell what really happened and what is the product of his wife’s imagination.

Compounding the problem is that the book is written in the style of childrens’ literature, pitched for a person with about a fourth-grade reading level. Because of that, I found the book immensely difficult to get into. Mrs. Benson is a trained childrens’ author, and believe me, it shows all over this manuscript. Characters suffer from lack of development, especially Earl Benson, who is painted for most of the book as a person with positively no faults, being unfailingly cheerful, stiff-upper-lip, strong, and heroic no matter what’s happening, and his brothers are similarly painted in the early portions of the story. It is clear hero-worship of a man the author obviously (and properly) loves very deeply. The good guys are very good, and the bad guys are very bad, from Sgt. Benson’s mother (who betrays his hard-working father and gets the Benson brothers sent to an orphanage for an unclear period of time) to the Germans who run the camps (whose names we are never even told).

A truly heroic story of Sgt. Benson’s escape from Stalag luft 7A is underplayed and undated.  This is really tragic. The web site B24.net, a web site for the 392d Bomb Group, lists him as one of the leaders of the prisoners at that camp in March 1943! Surely his story could stand on its own without the fictional aspects, such as his participation in the Erla Works raid, which appears actually to have taken place as long as a month after Sgt. Benson’s real-life capture.

One part of the story that truly did grab me is the shootdown on April 5, 1943. It is clear that Sgt. Benson is the one telling this story to his wife, because it feels period, and it is packed with the terror, action, and chaos of a real-world air battle. If this is the story of Sgt. Benson’s actual last mission, prior to his term at the prison camp in March 1943, it is chilling and deserving of having the facts set straight.

Some of the experiences Sgt. Benson has in the prison camps are equally haunting, such as his coming down with amoebic dysentery from drinking pond water during his escape from the camp, and his treatment at camp 17B (itself the setting for a major movie, leaving me to wonder whether he actually was there or not) is equally sobering, despite the elementary-school prose-style of the author.

Following his liberation, Sgt. Benson for the first time, shows that he is not perfect, as he participates in a straight out war crime; the murder of a German prisoner-of-war then under guard by U.S. troops, a guard at the camp who had been one of those responsible for poor treatment of the prisoners. This incident apparently did not affect Sgt. Benson, which I find surprising. If it had happened in real life, I’m sure that he would consider it just payback, but given the aspects of his character that his wife portrays, he would not be proud of having been involved in it. The author’s treatment of this episode feels almost cartoonish in its assumption that it’s okay to murder German prisoners for revenge but not okay to mistreat American prisoners. It’s always wrong to mistreat prisoners, regardless of which side the protagonist is on. This incident showcases a dichotomy that disturbs me greatly. War opens the door to all sorts of brutality. By and large, U.S. forces have done better than most over the years in not succumbing to its temptations. Ours, like the armies of other nations, have had our evil moments, however; brought on by the overwhelming stresses and terrible experiences that war brings on the warriors who fight it, and these should never be made light of, or justified, as Mrs. Benson implicitly does here. They should be understood, and treated carefully, but not condoned.

After all this, you’re probably wondering what I found interesting. Yes, aside from the one mission that was fully chronicled-the last one-and the vignettes from Sgt. Benson’s incarceration, I enjoyed the photographs. There are several period photos of the Benson family sprinkled throughout the latter portions of the book. One includes Sgt. Benson’s identity tag from Stalag luft 7A. This was the largest of the Allied P.O.W. camps, and the retention by the Benson family of this artifact indicates to me that Sgt. Benson probably was shot down on an early 8th Air Force mission in February or March 1943, and possibly remained there until his liberation in 1945.

Additionally, once one gets past the author’s difficult narration style, the characters use period slang and have attitudes consistent with that period in history. This is not a work where we have people from the 21st Century transposed into World War II, a mistake that Hollywood makes with nauseating regularity in movies such as Pearl Harbor. It was a worthwhile read, though not one I would probably re-read.

You can find Out of the Turret and Into Hell here at Amazon in print and digital versions.

‘Swastika in the Gunsight: Memoirs of a Russian Fighter Pilot 1941-45’ by Igor A. Kaberov