2012 was a turbulent year for the Air Combat and Civil Aviation sim enthusiast. We had plenty of ups (Lunar Flight, IL-2 Sturmovik 4.11m, Falcon 4.0 BMS 4.32, Take On Helicopters) and plenty of downs (IL-2: Cliffs of Dover, Microsoft Flight, DCS World multiplayer), but, overall, a very fulfilling year with lots of new developments to keep us busy.

Team Daidalos started our year off well with 4.11m for IL-2: 1946, yet another free patch that further expanded and enhanced the IL-2: experience: new flyable aircraft, real 6DOF cockpits, and the still controversial engine thermodynamics update. Read more about the update here.

Bohemia Interactive Systems (BIS) finally released patch v1.04 for Take On Helicopters which was to give it the high-fidelity physics model we’ve been (im)patiently waiting for. While the patch didn’t deliver on all fronts, it is one of the few high-fidelity helicopter simulations available and boasts some impressive gameplay. Just watch out for that learning curve! A review of this patch was published here. The sim has since been updated to v1.06, and you can get the latest update here. 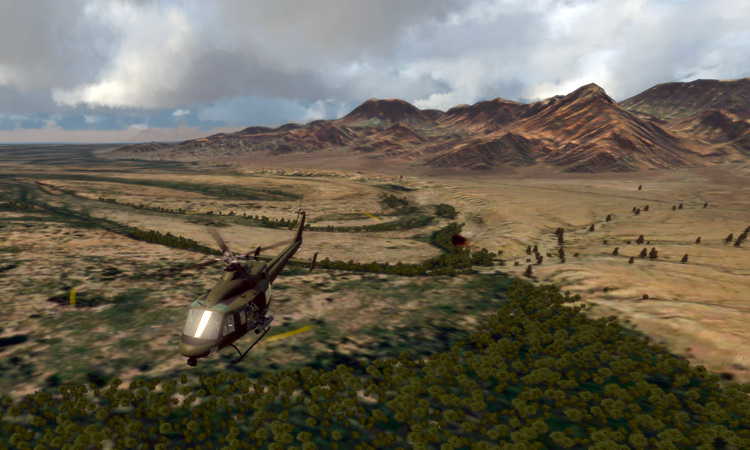 Take On Helicopters v1.04 made a huge difference.

Riding their own coattails, BIS then released Take On Hinds, unleashing the powerful Mi-24 attack chopper on the virtual skies. Built around the same physics package as Take On Helicopters, Take On Hinds offers even more exciting and challenging missions in this iconic platform. Jonas “Avimimus” Weselake-George gave us a great review of the platform and the product here. 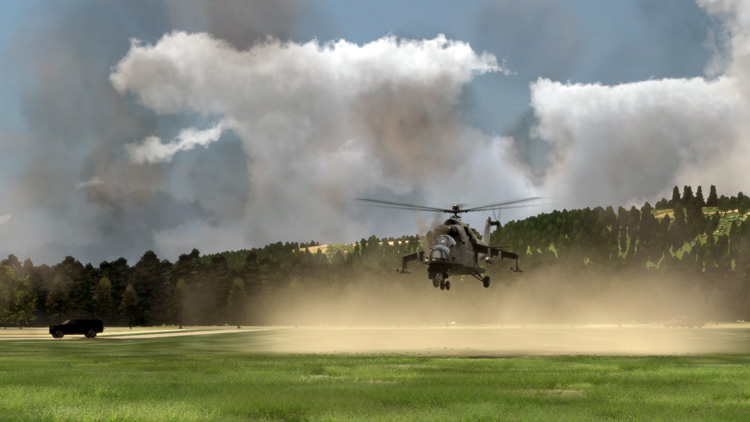 The Hind has arrived.

Early in 2012, Shovsoft Software released Lunar Flight – a modern take on the old Lunar Lander arcade game. With simple controls and physics, Lunar Lander retains an arcade feel, but with the challenge of a simulation – a great mix for someone looking for something fun but not “too arcadey”. You can learn more about the sim here. Later in the year, Shovsoft brought the Lunar Lander to Mars, adding a new environment with even more challenge. Check out the updatehere. 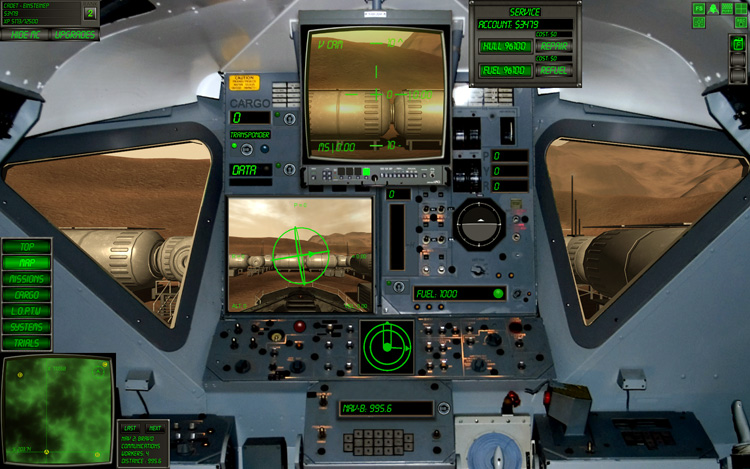 “Houston, this is Aquarius. You are not going to believe where we ended up.”

Rocket science is tough – after all, it is rocket science – but Squad’s Kerbal Space Program has made it approachable and a whole heck of a lot of fun. Officially still in alpha, several updates have been released over the course of the year. In addition to slaying the Deep Space Kraken, the latest patch, 0.18, included the much needed docking feature, a nifty maneuver planning tool, moody music, and various tweaks and updates that make exploding rockets in a realistic physics environment that much more fun.

How hard can rocket science be? 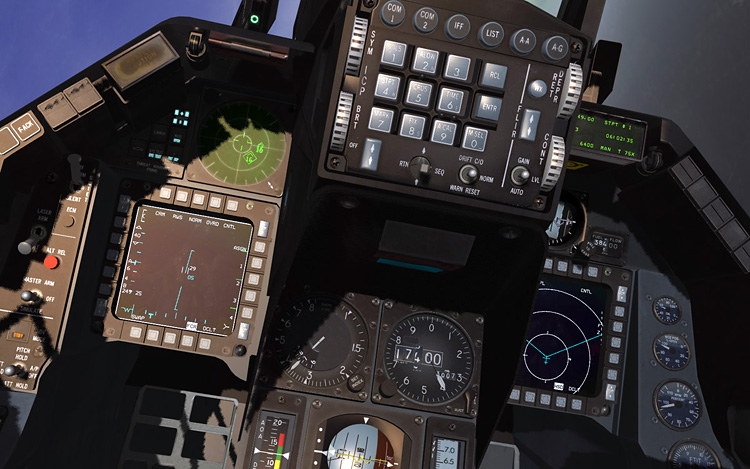 This Falcon has had a facelift.

From an air combat perspective, the single biggest shortfall of FSX is that despite the plethora of wonderful aircraft available, picture-perfect terrain, and gazillions of modifications add-ons, actual combat was completely impossible. Was.Vertical Reality Simulations has finally rectified the situation with their release of TacPack late in the year, bringing true combat to the vast FSX world. How does it work and how well does it work? We’re in the process of reviewing it now. 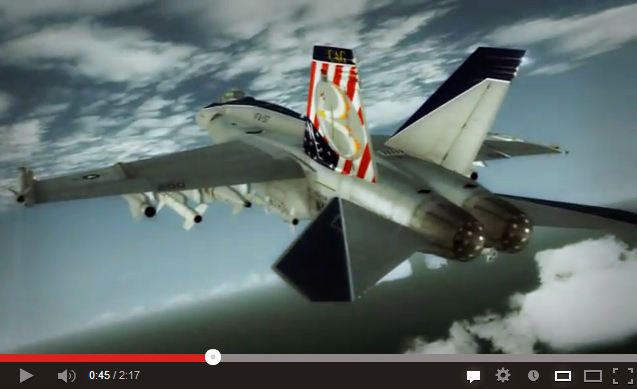 The DCS series began back in 2008 with DCS: Black Shark, but only assumed its final form with this year’s release ofDCS World. More of an “operating system for simulations”, DCS World is the core of a simulation experience supplemented by add-on modules. DCS: Black Shark is available as a DCS module, as is DCS: A-10C Warthog, both of which were standalone products prior to DCS World.

A new module, DCS: P-51D Mustang, was released this year and the DCS: Combined Arms and Lock On Flaming Cliffs 3 modules were both pre-released. DCS World also received numerous updates over the year, and is a cinch to keep up-to-date thanks to the new auto-updater feature. Even with the updates, however, at year’s end DCS World was still plagued with serious multiplayer stability issues. Eagle Dynamics has acknowledged the problems and reports that the next update of DCS World v1.2.3, which was expected in late 2012, has been delayed until early 2013 to address the serious multiplayer bug. 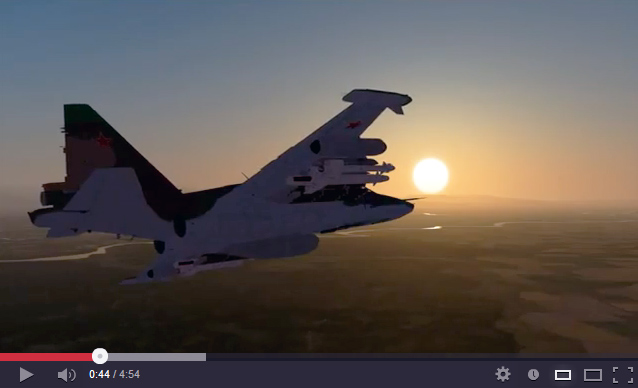 Very few topics in the simulation world have created as much controversy as 1C’s ill-fated IL-2 Sturmovik: Cliffs of Dover.Twelve whole months of a weak launch, bad news, disappointing patches, and forums roiling with drama couldn’t stop die-hard fans from keeping their hope alive in 2012 and continuing to enjoy the aspects of the simulation that did work.

In support of those fans, Deastersoft released a number of expertly crafted mission / campaign packages to add much needed content to the experience. This included the infamous Wick vs. Dundas campaigns, the Channel Battles campaigns, and the Adolf Galland campaigns. More than just missions, Deastersoft has included a career system with promotions and medals, a “dead is dead” progression limitation, and benefits for playing full realism. Each package is a prime example of what a dedicated mission editor can accomplish with even the unfinished Cliffs of Dover. 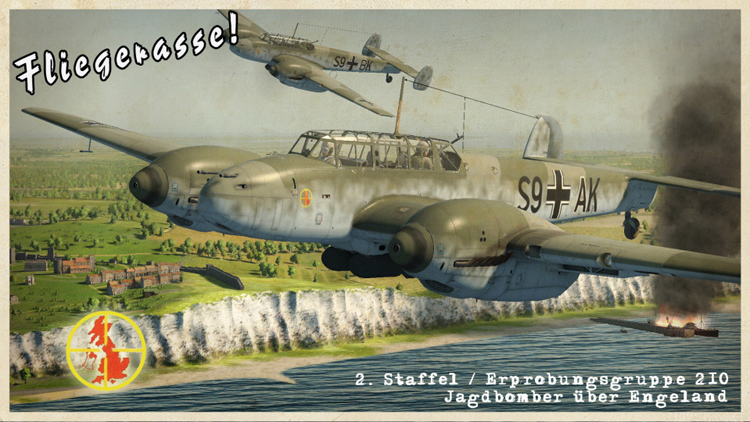 Third Wire’s Strike Fighters moved to the icy North Atlantic in 2012, complete with a new terrain engine and the “Heidi Klum” of fighter aircraft, the F-14 Tomcat, and also introduced naval warfare to the Strike Fighters universe. The game didn’t ship without its share of issues, however, creating some controversy of its own. Read PFunk’s assessment here. 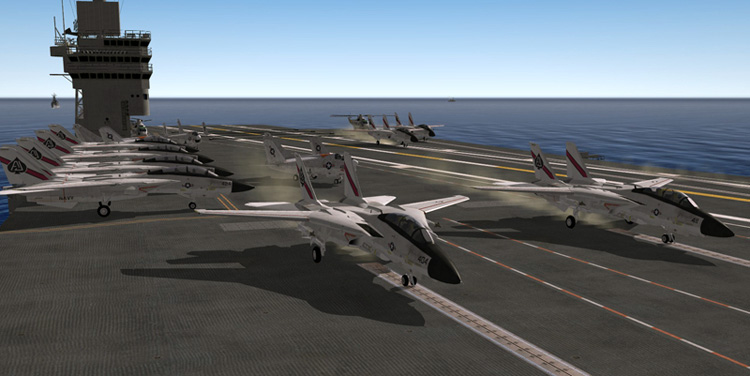 Third Wire moved to the mobile platform market in 2012 for their Strike Fighters series.

Late in the year, MadCatz, along with Thunderhawk Studios, released a combat fighter training experience based on theFSX environment. Using realistic training aircraft (T-6s, T-38s, and T-45s), Combat Pilot: Flight Training Operationstakes pilots through a military-style flight training program intended to teach pilots how to fly and fight as a team. The $50 USD buy-in price includes add-on aircraft that ships with Combat Pilot. An integrated communications system, a well-thought out ranking and leveling system, a home-built combat environment, and dedication to continuing improvement of the series gives this simulation and flight training experience great potential, but it remains to be seen if the $12 USD per month subscription cost will be endorsed by the flight sim community. 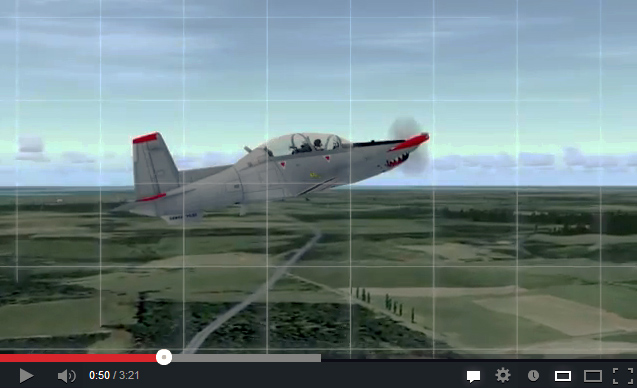