2012 saw the stillbirth of Microsoft Flight, the supposed successor to the Flight Simulator legacy. Chris “BeachAV8R” gave us a review of Flight here and it was pretty clear that Microsoft’s free-to-play experiment wasn’t exactly going to thrive. Interestingly enough, although the simulation-lite features of Flight were hailed as making Flight more “gamey”, thus more approachable to the average gamer, Chris compared the game aspects of FSX to Flight here with some surprising results. 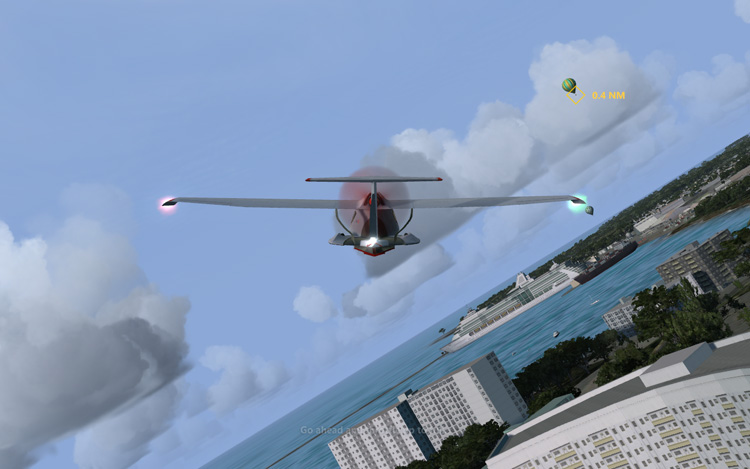 Speaking of FSX, A2A Simulations released Accu-Feel for FSX, bringing some of their famous immersion effects to the entire FSX hangar. Now pilot’s don’t need to own an A2A title to enjoy the famed A2A Simulations physics enhancements. The year closed out with version 1.1 and an announcement of 2.0: Air, Land, and Sea! 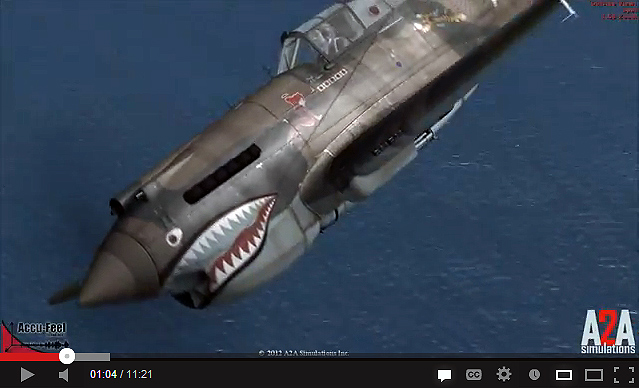 With all the new products still coming out, it’s hard to believe that FSX is over 6 years old. While there were too many great products released this year to list them all, some notable items in addition to A2A’s Accu-Feel were Orbx’s FTX England scenery, RealAir Lancair Legacy, the Carenado King Air B200, and TeamSBD’s Enterprise carrier.

Although X-Plane 10 first arrived in November of 2011, it has been progressing in leaps and bounds to it’s full release in 2012. Most notable was further refinement of the 64-bit executable, using more than 3GB of RAM and all your processor cores, although, at year’s end, there was still some issues with some plug-ins. You can download a free demo of X-Plane from here. If you’re looking for a good payware aircraft to go with your X-Plane 10, check out Ramzzess Boeing 777-200LR which was released this year. 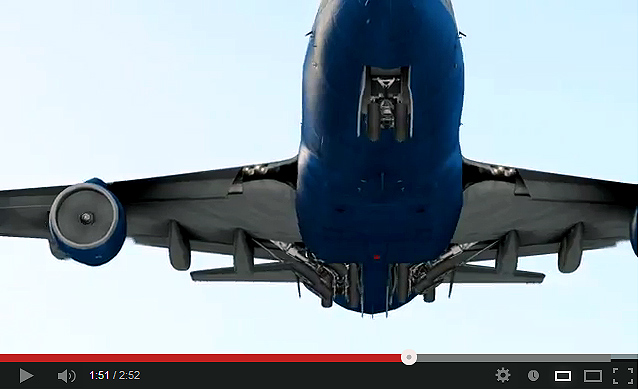 One more significant civil aviation title made it’s appearance in 2012: Aerofly FS. Longtime SimHQ contributor Jorgan “Troll” Toll reviewed the initial release in April 2012. A recent thread on the developers forums shows there is more planned for Aerofly FS in the future. 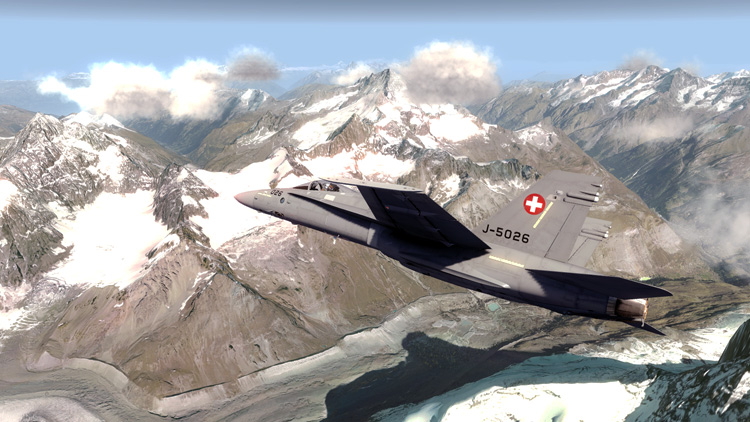 Beautiful scenery is very much a part of the Aerofly FS experience.

ODB Software showed some new screenshots of their work-in-progress successor to Over Flanders Fields: Between Heaven and Hell. Jens “McGonigle” Lindblad took a look at development in July. WOFF is scheduled for release in 2013. 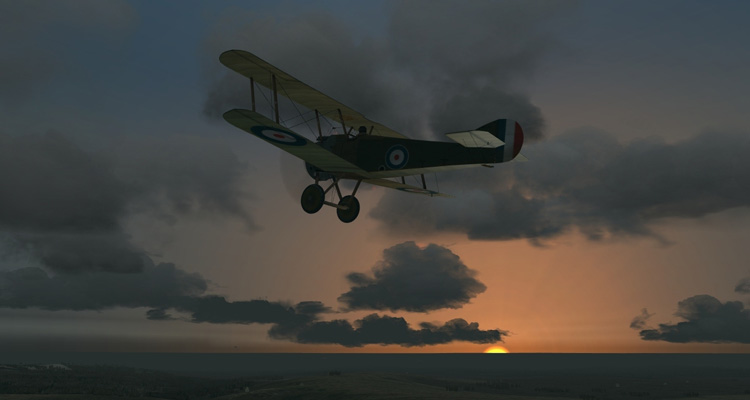 A tranquil moment of flight in WOFF.

Adding to the already legendary Rise of Flight simulation experience that “Avimimus” discussed here, 777 Studios released the much anticipated Channel Map at the end of 2012, along with sea planes from the period. The new water dynamics and expanded maps further improve the WWI flight experience that is Rise of Flight. 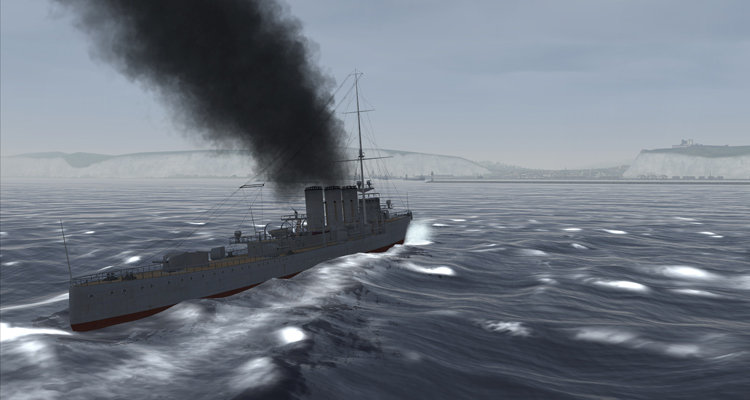 Speaking of keeping a legendary simulation alive, the EECH community released their v1.15 mod, extending the useful life of this classic title yet again. The amazing work by the community on this legacy sim continues. The downloads and install procedure were provided in this thread. 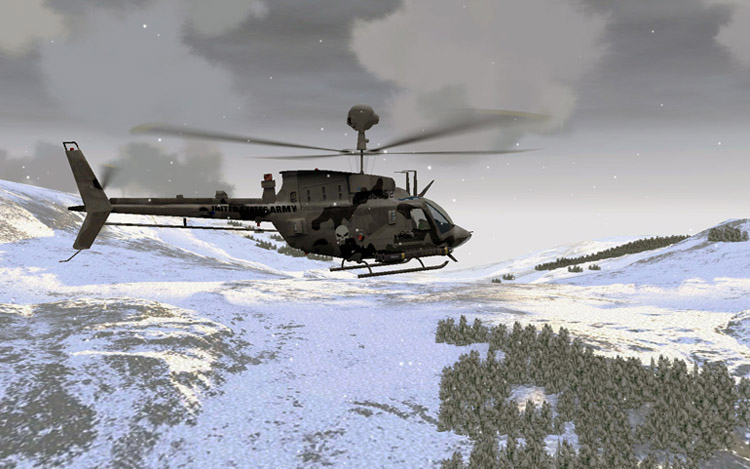 Fred “HeinKill” Williams gave us a nice detailed summary of the state of the 2012 WWII-based flight simulations in his write-up here.

We were overjoyed to announce that Andy Bush is back in our forums, lending his real-world combat experience in discussions of Air Combat Maneuvers and Tactics. Welcome back, Colonel!

There was more than enough in 2012 to keep aviation simulation fanatics – and their large investment in hardware and controllers quite busy, but there were several announcements of things to come in 2013 that are worth noting.

1C and 777 Studios announced they would be partnering to create 1C Game Studios to create a new title called IL-2 Sturmovik: Battle of Stalingrad. The official press announcement is here.

2012 also saw some serious movement forward on two independently developed air warfare MMOs: Gaijin’s War Thunder from Gaijin Entertainment and World of Warplanes (of World of Tanks fame) from Wargaming.net. Gameplay videos show that both have some great potential – we’ll be watching these closely in 2013.

Did someone say something about a legendary title that keeps on going strong?

Battle of Britain II is getting yet another major update in 2013, v2.12, that will expand and enhance the already amazing WWII flight combat experience of this fantastic game. Fred “HeinKill” gave us an advanced look at the update here. 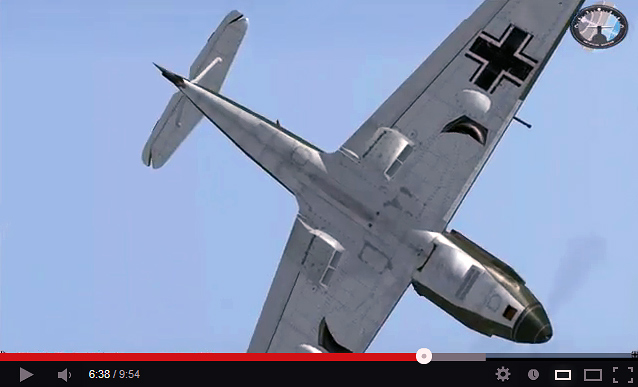 The DCS Nevada terrain was highly anticipated throughout the year, but development issues have kept it from release. Hopefully we’ll see it – and possibly the release of the rarely discussed Eagle Dynamics Game Engine (EDGE) update! – in 2013, but right now we can hardly wait to fly DCS titles somewhere other than the former Soviet Union. 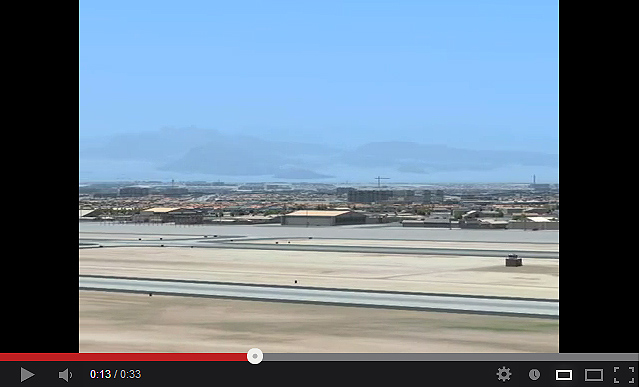 2012 was the year of DCS module announcements:

And that’s just the list of official announcements! Of course, it’s one thing to deliver an announcement for a product, and another thing to deliver the product itself. And something completely different to create a product that delivers the ultra- high standards that sim fliers have come to expect from DCS titles. For DCS fliers, 2013 should be interesting!

Before the “Best of 2012” items are presented, there is one event that happened in 2012 that I would like to comment on: The Death of Microsoft Flight.

For me, the death of Microsoft Flight was the highlight of our flight sim year. While the failure of any product in our line is a bad thing, the success of Flight would have been even worse. Flight was a half-baked flight simulation with apparently more effort put into the DLC business plan than all other aspects of the game combined. Aircraft with bad flight models and without cockpits? Repetitive and boring missions? Limited terrain and scenery? Closed to third-party developers? How could this “game” possibly have come from the same organization that produced the Flight Simulator series? The death of this title should send a message to all developers out there: “Yeah, we flight simmers will pay a bunch of money to keep our habit, but only if it’s good stuff. Leave your crap at home and only bring your best stuff to our field.”