Ken found the gameplay like FSX with Acceleration, except for the occasional oddity, finding myself in the shade in a most peculiar way, as seen in the screenshot below.

The fix was exiting the game and restarting, which took the blossomed canopy away. While in this anomaly it isn’t possible to employ weapons. David and Ken are sure VRS will get it sorted out very soon. 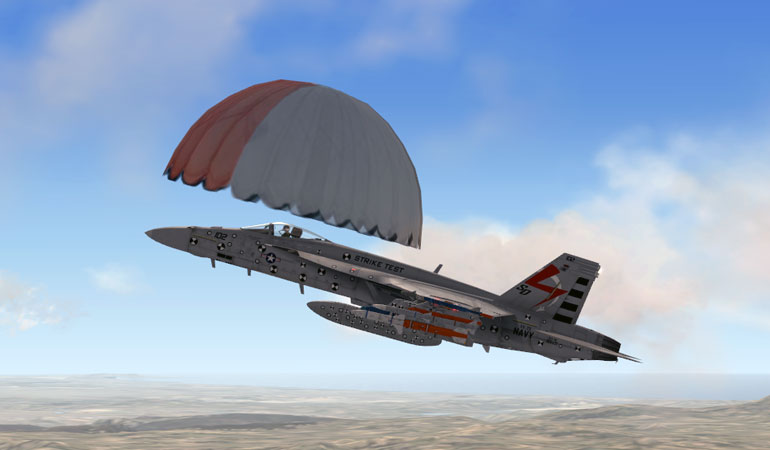 Aside from that little bit of coding weirdness, the F/A-18E flew very well. Ken actually got some shivers of déjà vu from theTacPack, reminding him of flying the old F/A-18A simulator at MCAS El Toro when he served in MAG 11. 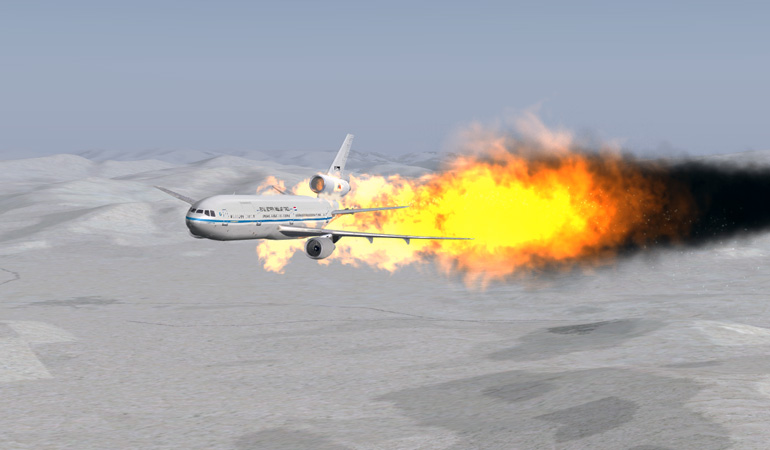 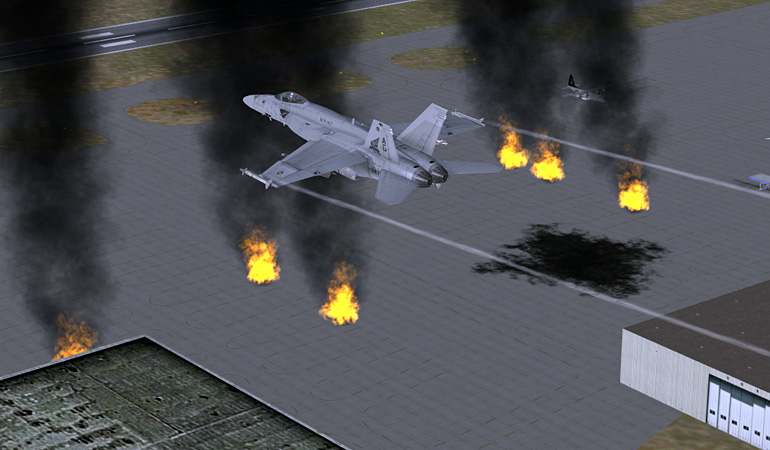 David is excited about the future of this product. He says “future” because as of right now about the only thing you can do is shoot down FSX airliners (unless you make your own targets) or bomb defenseless buildings. However, when the@War project Is released, users will get the full-combat experience they’ve been looking forward to since the start of this project.

Time is needed to study the manuals and learn the avionics. Users will not enjoy all the TacPack has to offer going in thinking this is “Sim-lite”. At times we had a second screen with the manual up while flying to learn how to launch air and ground weapons.

With the ability to engage in air combat missions, multiplayer is a key gaming element for the VRS TacPack. Dave and Ken were soon jumping at the chance to try out their Supebugs in multiplayer. If you’re planning on hosting your own sessions, things should go smoothly. However, if you want to just find an established server and hop in, pickins’ are a bit slim at this early stage in the product’s release – aside from a small set of password-protected servers that Ken and Dave did not have access to. Many of those open servers are not manned 24/7, which makes using them problematic. So, the boys signed up for a few of the private servers and while waiting for their credentials to be approved, gave a few of the open servers a whirl, one-on-one style. 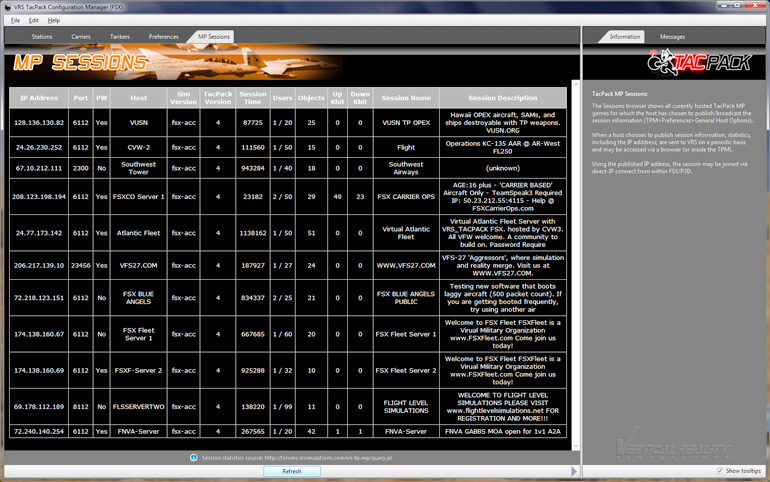 While attempting to explore the multi-player aspect of the VRS Superbug with TacPack, David and Ken ran into some “issues”. In each of the open servers, Dave and Ken each spawned their F/A-18Es on the ground, engines running, with the game paused. There, they encountered the following anomalies:

To fix the flight control issue Ken advanced his throttle until he ended up crashing on the ground, which initiated a re-spawn. The re-spawn started his F/A-18E in the air, with everything working normally.

During one of their flights, after the re-spawn described above, the pair landed and met up at the end of the runway. After performing a section takeoff and as David steadied up in an echelon right formation Ken saw Dave’s aircraft vanish, never to return for the rest of the flight.

So, what the heck is going on with the TacPack? Here’s the explanation: The TacPack doesn’t fundamentally alter the way FSX multiplayer works, or “fix” any of the inherent issues that any normal FSX multiplayer session would have. As we all know, FSX multiplayer code is antiquated at this point in time. Disappearing aircraft, while a bit strange, is something that can happen under any normal FSX multiplayer session, depending on the quality of your internet connection. What probably happened in Dave and Ken’s mission was Dave’s aircraft was either kicked forward or backward along its current vector as positional interpolation broke down momentarily. That’s an issue with FSX and not TacPack. 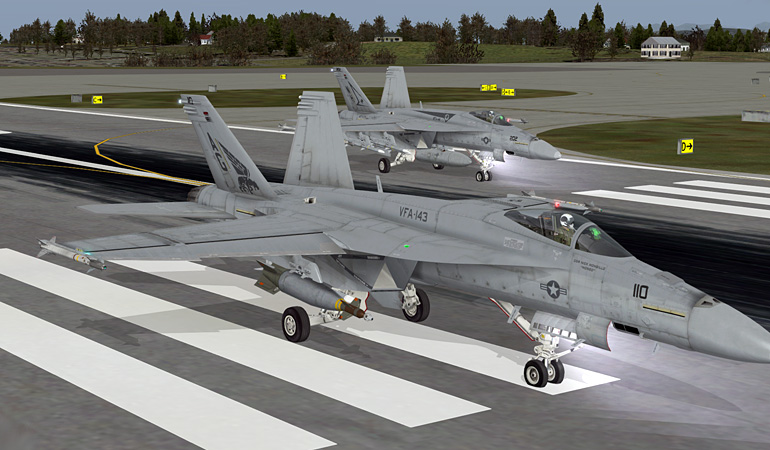 When F/A-18Es spawn on the ground with the weapons systems off, it means there’s a timing issue between the player and the server host that is preventing the TacPack from receiving a reset signal. Since timing and latency go hand-on hand, it might be best to create your own server (or join a group with a known, capable hosting system) to keep these kind of issues under control.

In the event that you find yourself spawning or re-spawning with no control over the flight or weapons systems in your Super Bug, pressing the key combo of SHIFT-CONTROL-R will reset the flight control system (get your controls back), as well as the electrical system (displays).

With approximately 8000 users in the VRS forums, and a significant percentage of those running the TacPack, Ken and Dave’s weird experience seems to be just that – odd. In fact, they were the first to point it out to the VRS dev team. Most likely this was due to the quality of the open server hosting their mission, and perhaps the quality of one or more of their ISPs. While you may never have a problem with the TacPack in multiplayer, if you do the SHIFT-CONTROL-R key combo will certainly get you back on track if your Super Bug ever spawns in the “brick” mode. Even though VRS has no control over the multiplayer internet code in FSX, they are working to overhaul and improve the reliability and efficiency on those portions of the multiplayer platform that they can access, which is encouraging news.