You will see that “changes to online gameplay netcode” are not part of the list, but they should be at the top of the list and here is why.

The March 2011 press release for IL2CoD stated that game modes would include “Massive multiplayer (with) customizable modes ranging from simple deathmatch-style free-for-alls to epic, ongoing 128 player battles that can last hours, days, weeks, or even longer.”

That was not realized in the official version of the game, and even after multiple patches, servers would begin to lag and drop players when player numbers rose toward 90. But the potential was buried in the code, and after being optimized by Team Fusion, massively multiplayer battles are a reality.

Some data from the ATAG server highlights the change. In the graph below, from the stock IL2CoD online game, you can see the upstream (green) and downstream (blue line) traffic. This graph shows a session with 75 players right before the game becomes unresponsive. You’ll notice how the upstream green area slowly falls on its face and the downstream traffic (the blue line) increases because more players are still joining. Eventually the upstream stops and the downstream almost touch. That’s when the server is completely unresponsive and no one can see each other’s chat messages, planes, etc.

Below is a chart showing the traffic using the modded netcode which has now been tested with up to 124 players in a session.

The entire session was perfect bandwidth / netcode wise. You can see at around 15:20 the server rotated missions / restarted and started to fill up with players again.

ATAG servers have hosted sessions with up to 124 players. Steam may be the main bottleneck now, as it seems to terminate sessions when numbers climb toward 128. But even if more fine tuning is needed, the breakthrough has been achieved.

Online warfare with complex missions and campaigns, involving massive aerial battles of a size similar to the 100+ raids that were seen in the actual Battle of Britain, are now possible for the first time.

If Team Fusion is able to realize its ambition to introduce new maps and aircraft to the platform, then IL2CoD has the potential to become a WWII air combat sim of choice for hard core simmers. 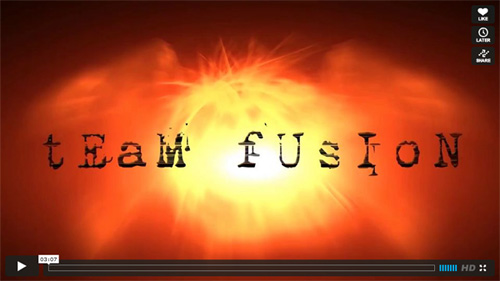 The mod is accompanied by a ten page readme detailing all the changes which the team has made to the stock game. It should however have included more than the current one paragraph on installing the mod, because there are several pitfalls which players need to be aware of, as you will see.

As importantly, Team Fusion has created a Wiki, which contains a host of useful information not included in the standardIL2CoD manual, including pilot notes for the main aircraft types, performance hints, advice on loadouts and much more.

The install is a potentially confusing process as you need to do a few manual steps for the best results.

I won’t go into all the details here but where the confusion comes in, is that the install process creates a new MODS subfolder in your IL2CODuser folder, but it doesn’t appear until after you have run the game the first time with the mod installed.

You need to think of this new MODS folder as a fresh version with no skins, missions, and default config settings. So anything you need from your old vanilla version (missions, skins, control configs) needs to be moved over from your original docs/1csoft/IL2 folder to this folder or they will not work. An example which has really vexed people is the popular Desastersoft series of campaign add-ons. Unless the Desastersoft folders are moved into the new MODS folder, they will not work. User made campaigns may also disappear when you “verify” your game in Step 1. These then need to be reinstalled after you apply the mod, in order to appear in your campaigns menu.

So installing this mod is not a “1-click” process and some players seem to struggle with it. Luckily there is help to be had at the Team Fusion forums and user “phil enz” has made a very useful “how to” video… 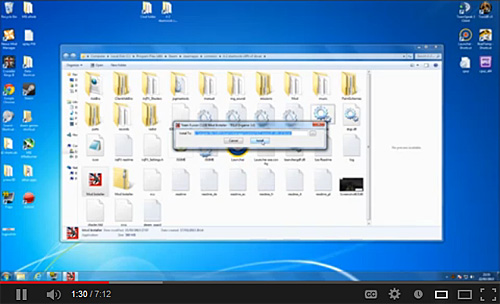