More than a dot update 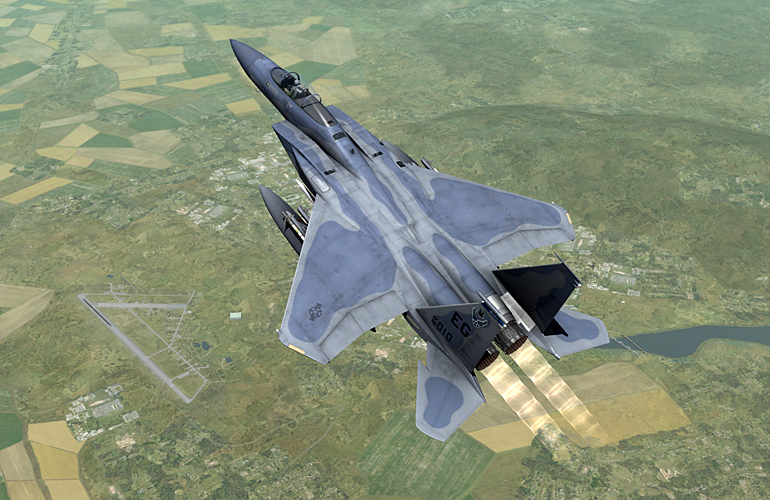 When DCS World 1.2.2 was released in November of last year, one the first things folks began looking forward to was the release of DCS World 1.2.3. This isn’t to say that DCS World 1.2.2wasn’t a good product. Version 1.2.2 included all the great features of the DCS Worldenvironment: the integrated modules, the auto-updater, the powerful Mission Editor, the amazing Mission Generator, and added the much anticipated Flaming Cliffs 3 and the final release of the P-51D Mustangmodule, in addition to a slew of fixes and updates – but there were a few key features that our community has been eagerly awaiting that didn’t make the 1.2.2 cut – specifically, improvements to multiplayer stability, the Nevada terrain, and the UH-1H. Not only were these features left out (presumably just not ready for show time) but multiplayer stability seemed to take a significant hit, severe enough that folks were reverting back to the standalone versions of DCS: Black Shark andDCS: A-10C Warthog in order to enjoy a good multiplayer game.

After DCS World 1.2.2 was released, ED acknowledged the multiplayer stability issues and even announced that they would be delaying the release of 1.2.3 in order to address these concerns. Although there were mentions of other features, such as a new Su-27 model, teasers of an upcoming 6DOF cockpit updates and, of course, the imminent pre-release of the UH-1H Huey, multiplayer stability was the foremost in many players’ minds, myself included.

On that multiplayer stability issue, I am happy to report that DCS World 1.2.3 is much more stable than its predecessor. Although we haven’t been able to fully stress it with a SimHQ Fly-In just yet, the multiplayer sessions I have participated in have been rock solid for all involved. 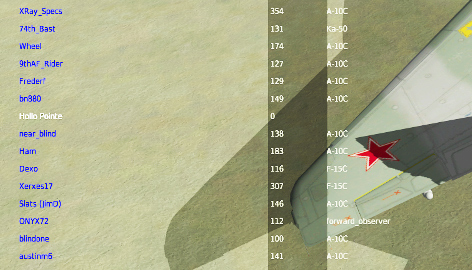 There were 14 folks or more on the Hollo Pointe server during our Fly-In with DCS World 1.2.2. Where were you?

There is, sadly, still no Nevada terrain (or any other new terrain), nor a Huey to fly around in it, but the boost in multiplayer stability alone was well worth the effort it took to download, not to mention all the other features and fixes that the DCS World 1.2.3 update brings us.

Process note: I had zero issues updating my installation via the auto-updater. The check for updates was automatic and the download and install took a little more than an hour, even to update all my modules. I think I lost the mapping to some of my modifier switches, but the rest of my controls and option settings were untouched.

Multiplayer stability wasn’t the only item in DCS World 1.2.3’s massive changelog. There are 116 items listed, 28 of which are listed as new features.

Of the remaining 88 bug fixes, 63 are to the general DCS World product. Although the length of the changelog is impressive on its own, there are a handful of items worth special mention:

Multiplayer stability. Oh, did I mention that one already? This is a massive improvement and really opens up DCS Worldfor the use it was designed for – to experience the electronic battlefield with friends and enemies alike. 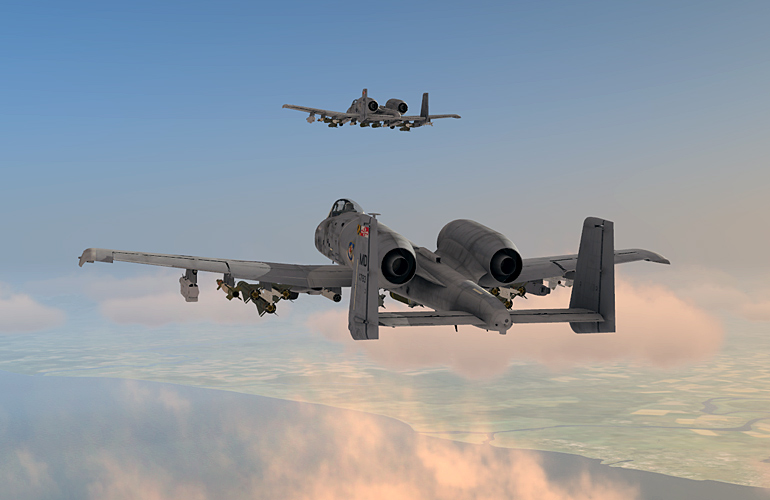 Formation flying – the highlight of any multiplayer experience – is difficult to enjoy
when the server connection keeps getting dropped.

The level of detail (LOD) models have also been optimized which should translate to more FPS. Unfortunately, I don’t have any benchmark data with 1.2.2 for a direct comparison but it certainly feels like framerates have improved – especially on the ground near an airfield with many objects. I still notice an impact to FPS that seems to be associated with the generation of smoke (cannon fire, cluster bombs, etc.), but gameplay is pretty smooth otherwise. 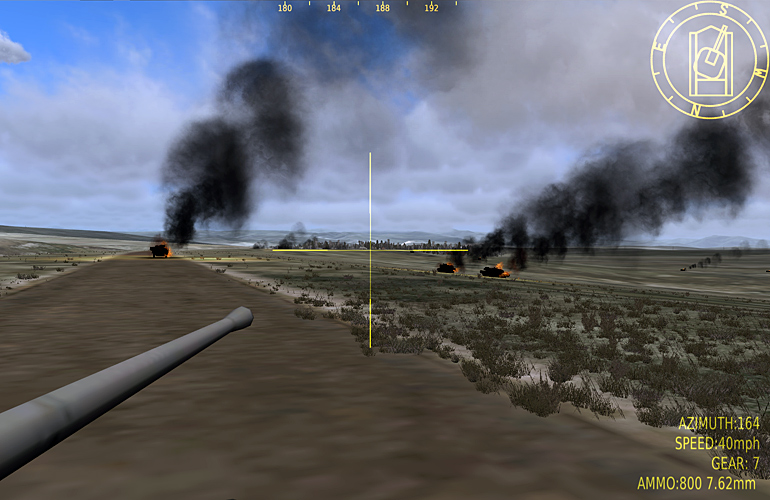 Missile dynamics have been revamped in general, with changes to thrust profiles, acceleration capabilities, and other performance data tweaks. While I’m glad to see that the missile flight models are being evaluated and updated, I won’t be surprised to see flame wars in our forums about how right or wrong these updates are. 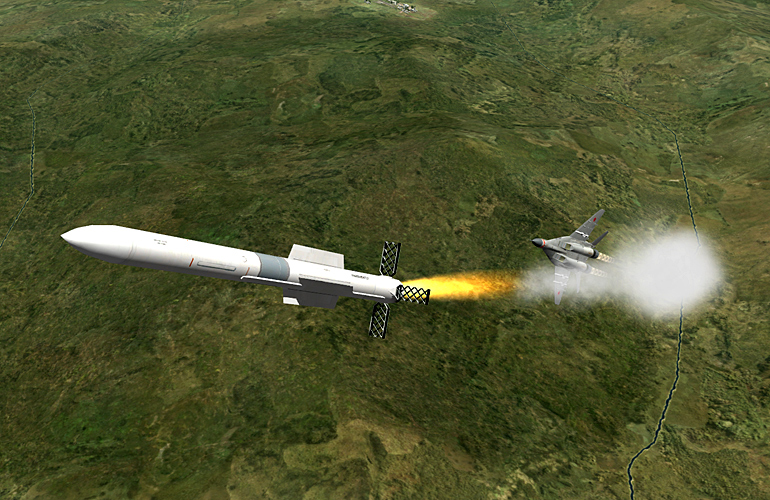 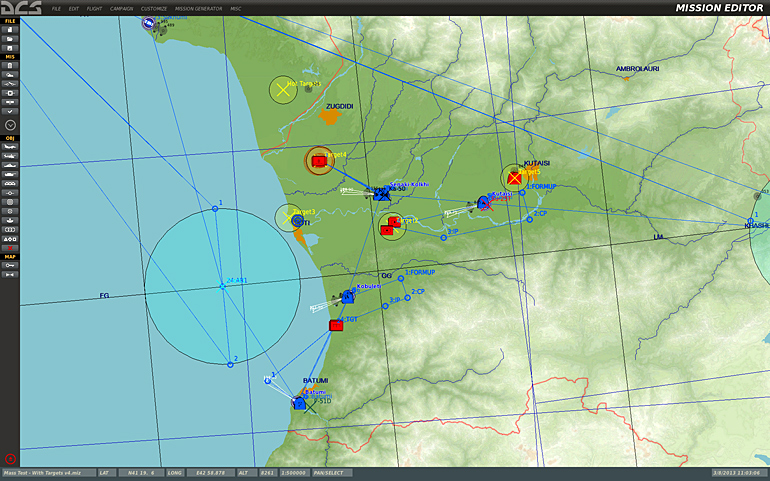 Although not listed in the changelog, the Mission Editor GUI got a bit of a snazzy facelift, too.

The new IR imagery on the TGP looks a bit more out of focus than previously – I like it! While DCS still doesn’t have realistic IR textures on their objects, but the new effect seems a bit more realistic than before. 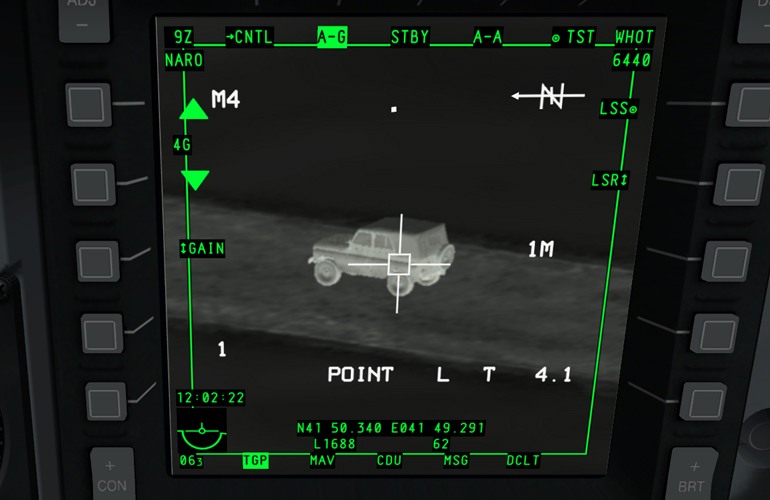