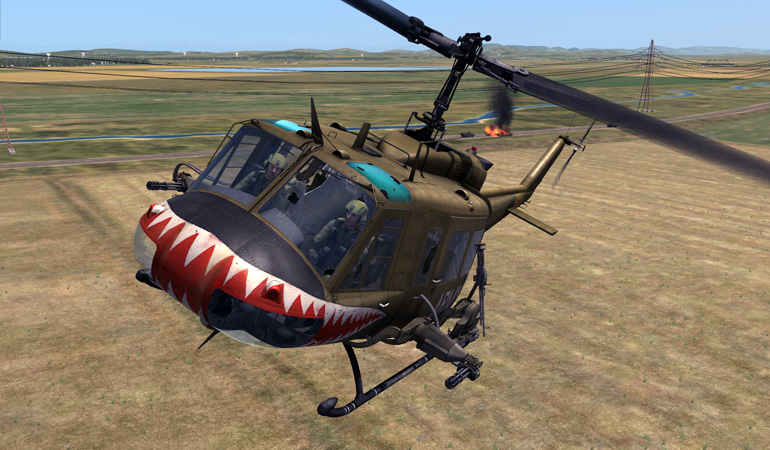 This preview article is based on a beta that is believed to be a fair representative of what may eventually become the retail product. With the understanding that some features may be added, removed, or modified prior to the release, we give you this preview article which is simply a non-critical look at the features that may be included in the retail release.

As usual, all material is subject to change, and all errors in content and facts are the author’s and the author’s alone. A note of disclosure: Erik was provided a product key by ED for the purpose of this preview.

DCS World is a free-to-play flight simulation environment that ships with a free module, the Su-25T Frogfoot. You can download DCS World here and pick up any additional modules you’d like here. Remember that while you can download any of the other modules for free, a paid-for activation code (aka license, aka serial number) is required for each module in order to actually play it. Only install modules that you already have an activation code.

In addition to the UH-1H Huey module previewed here, other modules currently available for purchase are the A-10C Warthog, Combined Arms, Flaming Cliffs 3, Ka-50 Black Shark 2, and the P-51D Mustang.

Nothing says “high-fidelity simulation” like Digital Combat Simulator and, with the dearth of high-fidelity helo sims out there, the flight sim community has long been anxiously (desperately?) awaiting the release of DCS UH-1H Huey, ever since it was announced back in 2012. Of course, 2012 saw a plethora of other DCS announcements, teasers, and speculation (oh, the speculation does flow when it comes to DCS!), so anticipation led to skepticism, skepticism led to cynicism, and cynicism led to suffering, but DCS: UH-1H is finally here! A pre-release beta version, to be sure, but at least a playable version is here. Adding to the anxiety for some was the fact the DCS: UH-1H Huey is the first third-party module released for DCS World.  It’s easy to wonder whether a third-party will be up to meeting the ultra-high standard that ED has set with previous modules, like Ka-50 Black Shark and A-10C Warthog.  While we won’t be able to really assess Belsimtek’s performance until the final product is released, this beta release should give us a sneak peek at what a third-party module will look like. You can read more official stuff about the product here.

The Huey was designed with functionality as its highest priority and it looks like it. There are no extras here: a two-rotor blade rotor disk powered by a single turbine engine, a boxy fuselage supported by fixed skids, and a conventional tail rotor placed at the end of a simple tail boom. DCS: UH-1H captures the simple minimalist design of this copter in several liveries, several of which are shown below.

Although the Huey’s avionics are simple (relative to the Ka-50 or the A-10C) they are represented in a fully clickable (Yay! Clickable!) 6DOF (Yay! 6DOF) and beautifully detailed cockpit, including some scuffs and scratches for that lived-in Huey look. Self-shadowing is also available, if the option is enabled.

I have, give or take, absolutely zero hours flying in a Huey of any variant, but I’m familiar with several Hollywood versions of it. The signature chop-chop of the rotors is captured pretty well in this model. The rest of the sounds, the whine of the turbine rising and falling with power loading, the pop and click of buttons and switches, all seem very realistically modeled, including the juddering of transverse flow effect.

The multiple player positions described on the product page doesn’t appear to be implemented yet. The co-pilot and gunner positions are fully flushed out, though. Stay tuned for further updates on this much anticipated feature! 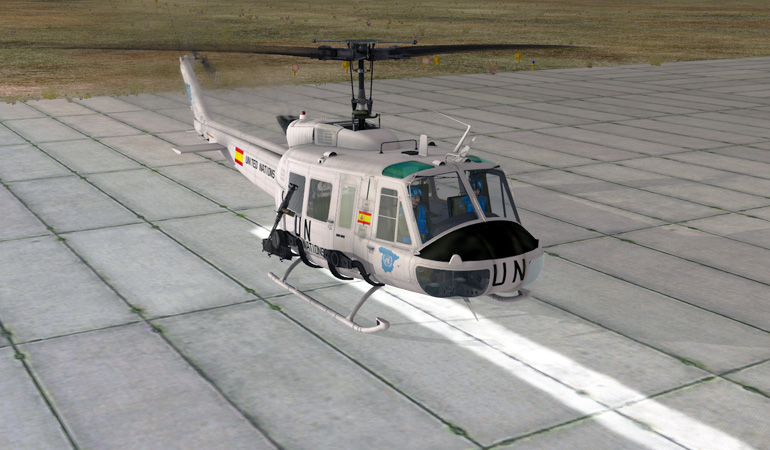 Put away Ritt der Walküren: your first strafing run will not be epic – at least, not in the way you expect. The Huey is hard to fly, harder to takeoff, and really hard to land. In fact, your first landing site will probably be marked by a crater or a partial fuselage in various stages of disrepair. A smoky fireball is also a common landing site accessory. Your first few takeoff spots may get marked the same way. 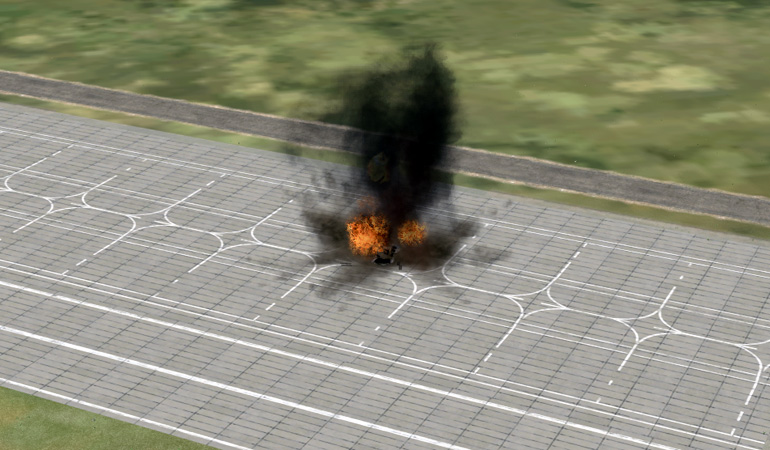 Landing #2 was much like Landing #1 but with a brief period of time actually spent in the air.

This is not because the control system models or flight dynamics are in a beta state. It’s not because your axes are too sensitive (although tuning your curves will help) or that DCS is misreading your controller. It’s because helicopters are inherently unstable. Trying to fly a helicopter has been compared to trying to balance a bowling ball on the end of a broomstick and the DCS: UH-1H Huey flight model captures the frustrating reality of unaided helicopter flight rather nicely.DCS: UH-1H does have some autopilot helper modes (straight and level, hover, orbit, etc.) to ease the demands on the virtual pilot, if so desired. 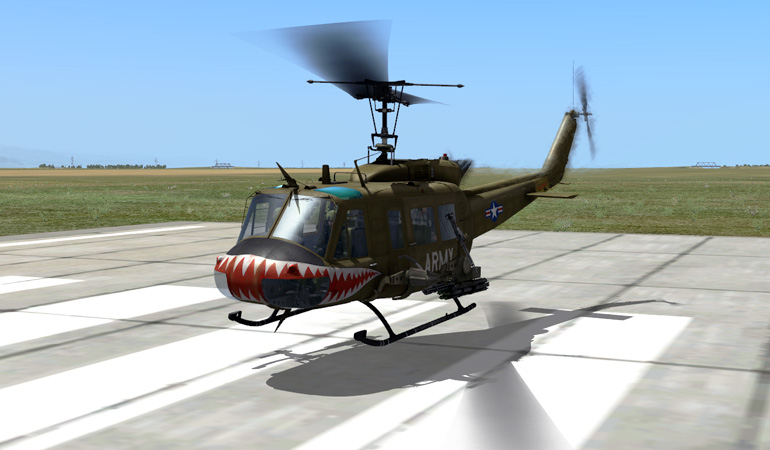 Hovering the Huey is intensely difficult, but intensely rewarding.

Of course, just because a flight model is difficult doesn’t mean that it’s authentic. Verifying any flight model to any reasonable degree of accuracy takes lots of testing and due diligence in analysis. It’s just not possible to quickly assess an incredibly complex helicopter flight dynamics model. That said, my initial impression of this beta helicopter flight dynamics model is that it should receive a Prego rating.

One more heads-up I would like to pass on to the reader: The Huey has a force trim control system that does not work like the trim system in a fixed-wing aircraft. Trying to figure out how a force trim system works on a home PC with a non-force feedback controller by just playing with it can be tricky. Here’s an article I wrote for the Ka-50 that describes how its force trimmer works and how it is implemented in DCS: Black Shark. Although written specifically for the Ka-50, the same concepts apply to DCS: UH-1H Huey.

If you’ve been on the fence about buying rudder pedals, now is a good time to purchase them. Trying to fly the Huey with a twist grip or -gasp- keyboard controls for your anti-torque pedals is most definitely not recommended.