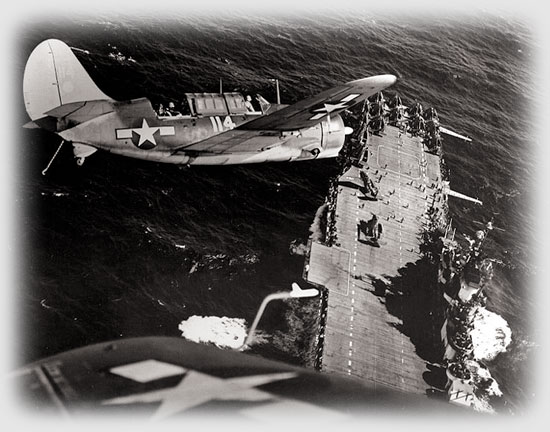 Part I: The Battles

A series of vignettes by prominent figures in world of carrier warfare in the Pacific. Some great pieces by luminaries like Jimmy Thatch, who was Butch O’ Hare’s CO in VF-3 and who, using matchsticks on his kitchen table, invented the famous “Thatch Weave” two-plane tactic that helped level the very tilted playing field for the tubby F4F-3 Wildcat when fighting the A6M2 Zero. The majority of the tales contained here are told from the strategic level, but the information about carrier combat is excellent.

At Dawn We Slept: The Untold Story of Pearl Harbor and Miracle At Midway
By Gordon W. Prange
Penguin Books

Gordon Prange was the penultimate naval historian of WW II. These are two of his books. There is so much detailed info available in these books, taken from both sides of the war (luckily the Japanese Admirals kept meticulous journals), that you almost feel as though you have gained a total understanding of the true nature of this conflict by reading these two outstanding books. Keep in mind that these are not easy reads, but the journey is more than worth the effort. These books are outstanding, and key to a deeper understanding of naval warfare.

As the title suggests, Wings of Gold primarily focuses on the Pacific Theater of WW II, but it is so much more than a mere chronological trace of that war. The book starts with a brief review of the development of naval aviation from its humble origins, through lean years of the depression era and its ultimate rise to ascendancy as the primary striking arm of the Navy throughout World War II. While most books that attempt to tackle the entire chronology of WW II naval air combat in one volume have failed to capture the key details, drama and human aspects of the individual battles, Gerald Astor succeeds in this well paced, concise and exciting text. Although there are some typos and mis-identifications in the book that the editors should be rightly ashamed of (eg, referring repeatedly to the SBD Dauntless as the “SPD” or transposing the designations and names of aircraft types such as the F4F Wildcat/F6F Hellcat), Wings Of Gold still shines as a magnificent work.

What makes Astor’s book so good are his extensive interviews, quotes and journal entries from naval aviators who lived and fought their way through the skies of the South Pacific and Philippine Sea. The author effectively weaves the big-picture tale of each battle with the comments of naval aviators like Jimmy Thatch, Jim Flatley, Tom Blackburn, David McCampbell, Noel Gaylor, Jim Ramage and Alex Viraciu, along with a host of lesser-known heroes. In effect, Astor uses his historical research to set the stage for each battle, then takes you along for the individual missions in the cockpits of these aviators’ planes as they fly their Wildcats, Hellcats, Dauntlesses and Avengers against the best the Imperial Japanese Navy had to offer. If that weren’t enough, there are also chapters dealing with Operation Torch, the U.S. invasion of North Africa, and carrier aviation’s contribution to the war in the Atlantic.

If you only have time to read one book about naval aviation in World War II, this is the book I’d recommend. It’s a concise, informative and exciting book, warts and all. I think it will greatly enhance your enjoyment of Pacific Fighters, and might also give the mission-builder folks some great ideas for some historically accurate mini-campaigns or single missions. 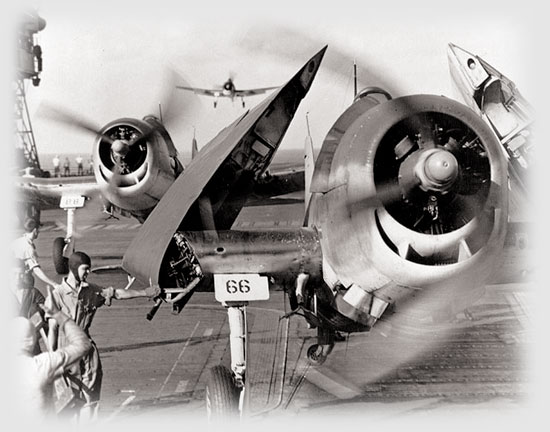