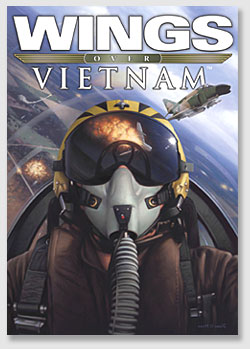 SimHQ has been lucky enough to get a press release version of Wings over Vietnam (WOV). An exciting new flight sim that covers the Air War in Vietnam from 1964 to 1973. Based on the Strike Fighters: Project One engine that has been dramatically enhanced, this sim covers an area most coveted by combat flight simmers world wide.

WOV features an impressive plane list, including the A-6A, A-7A/B, F-8E, F-105D. There looks like there is going to be a B-52D in it as well. All these planes along with the F-4B through J, F-100D, B-57B and a plethora of MiGs for your dogfighting pleasure. Each plane features period correct skins and weapons loadouts. But the feature that I like the most… carrier operations. You will have the ability to fly campaigns of varying length covering Rolling Thunder, Linebacker, and Linebacker II, for the USAF, US Navy and Marine Corps. With the Navy being on carriers of course… did I mention I liked that feature?

The terrain is not bad to look at but needs more life to it, but it is a beta after all. But forget sight seeing, the few single missions put together for ‘going downtown’ were impressive to say the least. There was a ton of planes in the sky at one time from escorts, SEAD, to Strike Packages. Then the MiG-17’s and 21’s came into the fray. From trying to watch for SAM’s and then keeping your head moving to look for MiGs, I was busy to say the least. Then after the mission was over, trying to trap back onto a carrier was even harder then keeping MiGs off my tail. Looks like I’ll have to rehone my skills as I have yet to do it without crashing.

The art work for each of the aircraft skins is amazing. The F-8E for example is weathered and dirty just in the right places. Like the 4 gunports for the 20mm’s, are especially dirty as they were in real life. The camouflage is superb and very closely matches the USAF standards of the era. One of the things I also noticed was the amount of research used to recreate each units aircraft. So far when the checking tail codes to units of the Thuds for example they have been right on the money. 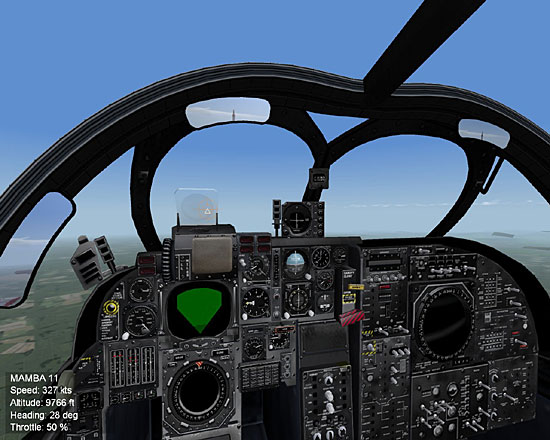 The A-6 Cockpit
(image supplied to SimHQ)