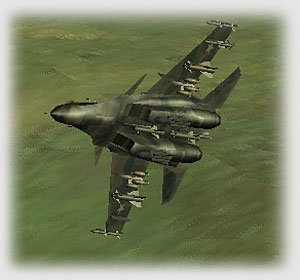 I went through the valley, admiring the maneuvering I had to do. It reminds me of flying in Norway with a good friend in the Norwegian Air Force last year, when the conflict here started up.

I have flown in the F-16B, but did not fly it, for I was unqualified. But I enjoyed the mock mission he let me participate in. I was part of a visit of MiG-29s in the 115th to Bodo, and Bjornssen gave me a ride I am enjoying now — only I had real missile instead of transmitters.

I came around to the final turn in which the valley started to end and where my last set of targets. The problem the Mujahids are facing is the technology.

We know what to expect, even if it’s unexpected. In reflection to the Mirage 2000-5, I did not expect it, but I was not scared. I am getting to be more experienced each mission, and as I turned, I ensured I had my Kh-31ps selected and pressed the lock button until I got a lock. Once that was achieved, I fired my last Kh-31p. I immediately angled down low, hoping to get under it’s minimum height margin before he could fire. I was too slow! He fired and then I played what the Americans called “chicken”. I bore on the Hawk missile, reaching below the minimum height, then pulled sharply up to the left, ejecting chaff and absentmindedly flares as well at the top portion of the maneuver.

I did not see the missile after that, but remember it streaking towards where I had pulled up. The MIM-14 is not maneuverable however, and my Kh-31p hit just as I set myself up for my first Kh-29L. I hurriedly called Hawk 45. 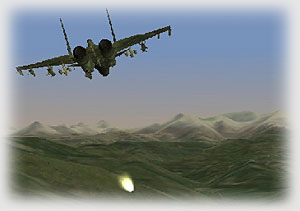 “Roger.” Was all I had heard, but I activated the seeker for the Kh-29L. I had no time to go for the TOC now, I was setup for the fuel point, and once properly locked on, I fired.

He must have seen the show, and sounded like he was somewhat excited. The missile flew true and I sped past, extending myself for the TOC. I came around, and I was vulnerable, even though I had no choice in the matter. Fighting the G’s I called again.