I knew Major Grachev was listening of course. He was still on alert.

“Nevsky to Gorkiy, you may stand down. We are both RTB.”

“Gorkiy copies.” I heard before the radio died his engines beginning their shutdown sequence.

“Da, I do not know yet what it was. There was a parachute, so I hope the local police or farmer can take him to the authorities and we get some information from him. Then again, I have the information stored on the recorder, so I will give it to the technicians and they can tell me. Even the AWACS did not know, perhaps some new jet?”

“Yeah, a flying rug comrade. Get real.” I heard the chuckle clearly.

“Okay you two, knock it off! Debrief thirty minutes after landing, understood?”

I swore never to use banter when Major Grachev “participated” in our missions. I guess this was a true test of our capabilities. Though unfortunately comrades, this wasn’t one together, but I guess it was more for Major Grachev’s benefit than ours. Yet he might participate more? I would like to see him how he handles this machine. I thought of this as I headed home. The landing was uneventful.

Well, I would say that arriving in the aircraft at minimum speed was enough to tighten an orifice! But thankfully I landed and taxied closer than I have before. I should not use the autopilot so much!
I taxied to the hangar, and dismounted the aircraft, Sgt. Gennedy and the crew racing to secure the aircraft. I went to the latrine. After the briefing, it turned out we gave Muqtedah quite a beating! The push by the IRLF ground forces was stopped, and I flew by it before hitting the IP. It is unfortunate we cannot yet mount an offensive due to the terrorist actions that they have performed against the 51st. But now the Canadians and Georgians can now fly again, with the constant back and forth attacks that right now, just do not seem to do nothing. But that fighter was a Mirage 2000-5. I had seen the image of soldiers holding up sections, and the IRLF markings clearly present. They had also captured one of their most experienced pilots. I began to think. What had happened? Perhaps he got shy? This was a mystery.

It was a mystery until I reviewed the MFD tapes. I went to the picture of the AWACS datalink. The IL-78M was right behind me… and that was probably it. The Mirage pilot must have been locked onto the refueller, not me. I then thought, but I got a lock tone… Perhaps the Mirage can only engage one at a time, like us? But maybe he could shoot at me once he fired at his primary target, this I was sure, but he must have known I was closer… Surely the MICA is an active radar homer, not unlike our R-77, or the AIM-120C? To look at an experienced pilot, and yet from what happened, I think I got lucky tonight, or I may be repeating this story from a hospital! And yet they seem to be coming forth more often.

Perhaps Muqtedah has a storehouse, other than some benefactor, or maybe secretly manufacturing them? I do not want to think too much on this issue, other than I need to paint another aircraft symbol on my fuselage, as well as the bomb symbols. Dimitri got quite an impressive list so far, but he is slowly catching up to me, excepting for aerial kills. With only one fighter, and one helicopter, he cannot hope to catch up quick, especially with the current state. I however was content with what I had accomplished. I was looking for a vacation comrades. 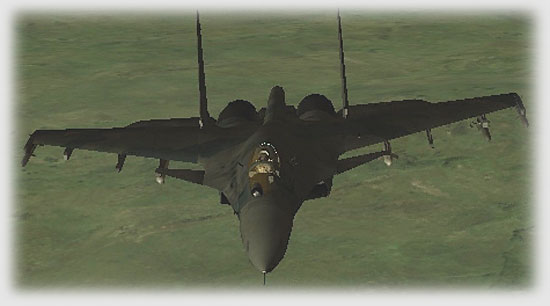