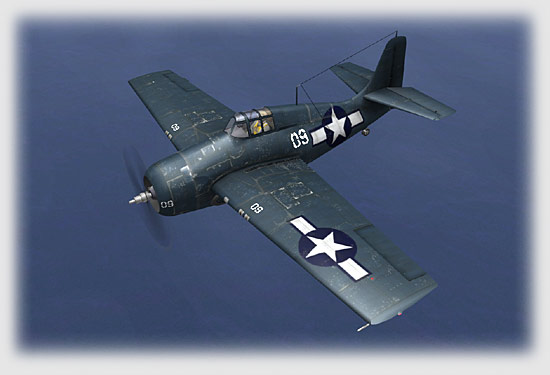 The biggest part of the game is of course the dynamic campaign that ships with Pacific Fighters. Similar to the one from Forgotten Battles the campaign allows players the opportunity to play as a major combatant forces for either the Allies or Imperial Japan. Allied forces include campaigns based upon the U.S. Navy, Marine Corps, and USAAF. The British get Royal Navy missions and the Australians get RAAF missions where the Beaufighter gets to bare its teeth. The Japanese aren’t ignored either as several different campaigns for the Imperial Japanese Navy and Army are available.

The campaigns range from USN actions starting at the Battle of the Coral Sea to Marine Corps actions at Guadalcanal. The campaign that shipped with the packaged version mistakenly had the P-39 listed as the aircraft of use in the Guadalcanal campaign but this has been corrected in the recent patch. Likewise some new campaigns were created starting with Wake Atoll for the Marines. Don’t plan on living very long if you start with that one. IJN campaigns can have you taking off from carriers for the IJN or flying a Rufe covering Guadalcanal, KI 43s and Ki 61s for the IJA.

Most of the careers can be started from the point of most of the major battles of the Pacific Campaign. If you want to jump into an F6F right away? No problem, start out in 1943 on the USS Essex. Want to bomb Pearl Harbor? Not a problem, jump into a Val at the beginning of the war.

The campaigns are fun as a general rule but like many dynamic campaigns you have some repetition of missions. In fact, with many of these missions, you will find yourself flying around a lot while shooting at very little. Many recon missions are part of the game. While interesting and realistic there are some complaints about how some of the campaigns are, well, boring. You will spend a lot of time crossing long distances in this game. This isn’t Crimson Skies, this is supposed to be a recreation of the air war over the Pacific and overall long boring flights were the norm of the Pacific War.

Like Forgotten Battles, the campaigns progress logically through the war while at the same time the generator keeps two campaigns from ever being exactly the same. In addition, scripted campaigns are playable in the game. I haven’t progressed far enough to see if I can actually influence history but I am of the assumption that the Allies will, of course, win. You can start a campaign as a lowly pilot right out of training or you can assume a role of squadron commander if you want total control of your forces.

I highly recommend that you start out with higher ranks in the campaign. One of the problems that I have with the campaign is the AI’s fixation with things. This is a problem with most flight sim AIs and without the power to call them back to finish the mission you may find yourself going after that carrier alone or trying to defend those Kates with just your Zero. The AI will fixate on fighting what is right there many times and will leave the bombers as easy prey for other fighters if not kept in check.

Of course, the mission builder for Pacific Fighters is the same top notch one that dates all the way back to the first IL-2. With this builder you can create missions that run the gamut from reality to totally fanciful. If you have IL-2:FB and AEP installed with Pacific Fighters you have the capability to create some very interesting missions. Have you ever wanted to fly off an escort carrier in support of Operation Torch? Well, with the builder you have the opportunity to create a mission just like that. Want to pretend the USS Lexington was there to help sink the Bismark? It is possible with the builder. No, not all the correct maps are present but a little imagination can help fix that. 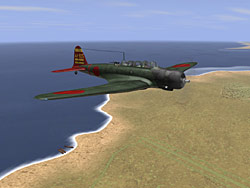 Missions can be as complicated or as easy as you want. The mission builder isn’t exactly as intuitive as I probably would have liked but it is pretty powerful and most folks get the hang of it in a few short hours. The manual, as small as it is, does cover mission building pretty well. Missions can be created for both offline and online games. Mission packs specifically designed for multiplayer coop or squad vs. squad action are constantly being created for IL-2:FB and it is assumed that there will be many made using Pacific Fighters as well.

Overall the single mission, campaign and mission builder is essentially the same as the ones that shipped with IL-2: Forgotten Battles. While some may complain that for a full title there should be something different I personally feel that the mission builder and campaign engine were certainly as good as most already and that tinkering with it too much would probably not be that great an idea. The only major complaint that I had with the offline stuff is the relative lack of single player missions. It would have been nice if the beta testers could have been convinced to submit missions to add to the release copy. I understand the lack of space already on the two CDs that shipped with the game but there should be more offline single missions in the game. Overall it is a minor gripe from someone that downloads a ton of stuff for the game (missions, campaigns, campaign generators, single mission generators, skins) but newbies may be put off by the sparcity of some of the single missions.