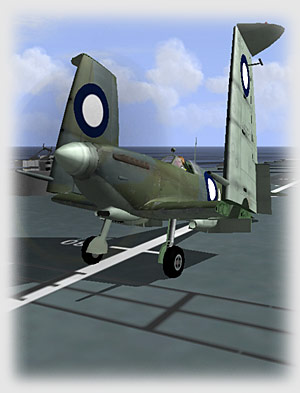 This may seem to be a relatively hard assessment of Pacific Fighters. In some respects the game is receiving much greater scrutiny because it is essentially the third major version of the game since the initial game was released. This means that the problems that were not noticed with the first version of IL-2 or Forgotten Battles are now much more apparent. This doesn’t take away from what is in reality a fine combat simulation and a very good game overall. It just means that greater expose means greater scrutiny.

The game is solid, well made and overall gives the player exactly what he or she wants from a Pacific War simulation. The graphics continue to impress me, even after all these years. In addition the flight models are in general right on the money and the damage models seemed to reflect the relative strengths and weaknesses of the types of aircraft flown in the game. The online environment is only rivaled by the dedicated online only flight simulations and this game isn’t too far behind them. If I have ever had any problem with the series it is that it tries to do too much for too many people. It is amazing that this game has progressed from the study sim of the IL-2: Sturmovik to the survey simulation that it has become.

All complaints aside, and there are several out there, this game is by far the best Pacific War flight simulation ever made. The first time you line up a dusk approach on the USS Essex you will agree with me.