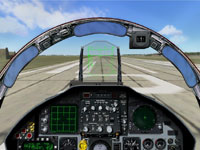 It was time for the walk-around. My F-15 is loaded out with an extra fuel tank, two of the AIM-120 “AMRAAM” missiles, two Sparrows and four of the Sidewinder-M. I carefully walk all around him and pull on them to make sure all is tightly secured to the airframe. This Eagle is even older than my very own Su-27S, which was built in late 1987 in the 18th batch. But it is rather more advanced in many ways.

The American aircrew assists me in strapping into the tight-fitting cockpit. By this time, they have become used to a Russian flying their prized airplane! Unlike Lt. Kulikov, here the plane captain is a young enlisted man, what the Americans call a “senior airman.” He is very professional and very nice and very knowledgeable for one so young, not long out of secondary school. I am continually amazed at the professionalism and initiative of the American enlisted ranks. I believe this comes from your all-volunteer force.

I start the engines one after another and taxi out to follow Sugar to the runway. As I taxi out, I pass two of 433 Squadron’s Hornets completing their preflight checks and I see now what it was that Mark Mitchell found so funny: the Canadian aircraft are carrying external fuel tanks and on each of them in bold black paint is the word “Valions”. A good joke, but one I am sure the Canadians do not see the humor in!

On the runway I take the nominal lead and throttle up, feeling the General Electric engines’ power beneath me. The bird yearns for the sky, his natural element!

At last we’re clear to take off! I select military power and the Eagle darts toward the end of the runway. In my mirrors, Sugar lifts off first.

“Y’all stuck to that runway down there, girlfriend? C’mon, punch it and let’s get at them terrorist mo-fos!”

Smoothly, I rotate 711’s nose up. In our air force, we are trained to save reheat for times of greater need; we do not use it for takeoff. The Americans, on the other hand, routinely use reheat for takeoff. I believe that this is in part because of the Americans’ great proficiency in air refueling. Unlike them, most of our front line aircraft have no provision for refueling. This is being corrected in later models of the Su-27 and Su-30 and of course, the Su-33. I have refueled in the air only a few times. It is one of the things that we are working on together; even the way the U.S. Air Force does this is different from ours. Like the American Navy, we use a probe and basket, rather than the flying boom the American air force prefers. It is most tricky to master. I am not proficient-yet. I will have to become proficient, however. I am told that we may be flying far to the south, soon, over Georgia and Armenia, to help the American Navy in its fight against the Iranians! To take the fight to Iran, that would be something. 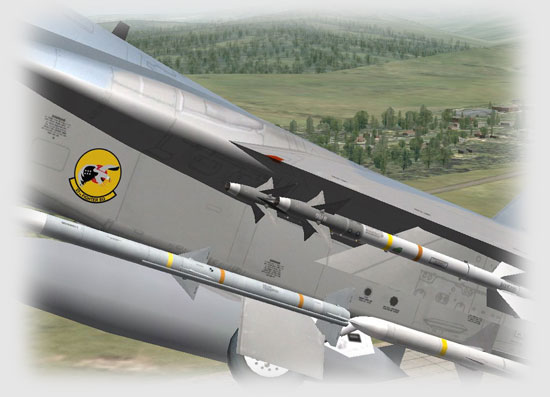 We check in with Captain Scarlet as Colt 1, a flight of two and are cleared to 15,000 feet as I clear my mind and remember to think in feet rather than meters. It can be confusing. On my radar sweep, I see jamming strobes to the right of the scan pattern, a beep from the Tactical Electronic Warfare System, the TEWS, signifies the presence of the E-3 aircraft.

“That you down there, Sugar?”

The voice is not a controller, it is from another F-15, on our squadron common frequency. One of the E-3’s escorts, which is operating its onboard ECM.

“Roger that. We’s in the game today.”

“Rog. Get one for us, lucky girl. We’re still drilling holes in the sky up here.”

We swing south with me in the lead, clearing the path for the F/A-18s following us, behind and below our altitude.

The Last One Standing Page 3

What Grrlz Are Made Of Page 4

What Grrlz Are Made Of Page 5